Once again, in the second year hall with ten minutes until the morning bell, Okito's countenance was as bland as ever. The only ounce of normal colour amidst the black and dark brown areas was the white of the butter plopped in the centre, as well as the syrup dripping around it.

My stomach flopped as I took in this morning's failure yet again.

"Blueberry, since I know your arrogant self likes them." Clenching the plate tighter in my hand, I extended it for him to receive. "Try them."

Okito stared down at me, and without a moment of delay, shrugged past me without bothering to look back. "I'd rather not get food poisoning."

His footsteps echoed in the silent hall of piercing stares, each clack of his dress shoes sending a strike of rage through me. Grounding my teeth together, I balled the plate in my fists. I spun around, fuming. But he was already gone, ways into his classroom at the end of the hall.

"That jerk...!" I hissed, stamping my feet on the linoleum. I was frustrated enough to yank at my hair. "Who does he think he is? We started baking around the same time! Just because he's a little bit better and the vice president of the Cooking Club he thinks he can suddenly look down on me?"

The other students loafing around were sure to be gaping at me—I could definitely hear a couple of hushed whispers floating around, questioning my sanity. Though, all had become background noise to me and my flaring nostrils as I manoeuvred my way into my classroom, huffing as I tossed the plate of waffles onto Miko's desk.

"Gouda turned you down again?"

Per usual, she was already present in her seat. The girl always woke up so early.

"One day I really will smack that smug look off his stupid face." I slumped into my chair, propping my cheek on the wood before heaving loudly. "I risked everything for these. My mom nearly killed me this morning."

"I'd also get pretty angry if my daughter managed to burn something every day," Miko reasoned. "Still... you always try your best to impress him but he constantly turns you down. You should give up."

"Never," I said. Without raising my head, I furled my fingers into a fist. "Not until that idiot's on his knees pleading for my desserts."

Miko chuckled. I could hear her lift the plate off her desk, most likely to get a good look at the disaster we were talking about. "Shortcake again?"

My gut wrenched from exasperation.

"They're supposed to be blueberry waffles..."

A beat of silence passed.

My lower lip quivered. Pouting, I ascended from my desk, eyes slightly watery. "A-are they really not that bad?"

She emitted another laugh, but this time it was rather choked. "Of course... not! You're definitely improving!"

The heaviness in my chest eased out a bit and I hoisted myself even higher. "I was thinking that, too," I told her and quickly wiped my forming tears. "See, it's not all that burnt this time. There's some brown mixed inside. And you can somewhat see where the blueberries are."

"Exactly." Miko bobbed her head as I pointed them out. "If they were a little less crispy and more golden—and didn't actually look like I'd get sick from eating them—I'd gobble them right up."

Miko's feigned laughter proceeded as she attempted to shake me off her. "Oh yeah," she said. "How did convincing Tamura go yesterday?"

The mention of his name allowed me to gasp. I retreated from her but not too far so I could hold her gaze. "Miko, that guy has the hands of an angel!"

Her lush lips parted, eyelids peeling further apart. "No way. So he really can bake?"

"Bake?" I shook my head and dramatically tilted it backwards, draping a hand across my forehead. "Tamura's talent transcends the word 'baking.' His skill... His apple pie—"

"Te-ru-ha-shi," a voice hissed from behind me.

I blinked out of my theatrics.

From my position with my head knocked back the way that it was, I framed my focus onto the person hovering above me. Countenance warped in disapproval, arms folded over the fabric of his salmon vest, he glared at me with enough malice as a predator.

Regardless of my impending doom, I lit up. I fixed my awkward position and grabbed my best friend without a second to waste.

"Tamura, you have to make something for Miko to taste!"

His left eyebrow twitched. He jerked around to make sure nobody was listening. Fortunately for him, the rest of our classmates were too occupied socializing about our upcoming test.

"You," he half-yelled. "What did I tell you yesterday about not telling anyone?"

"But I'm not telling anyone," I returned, smiling broadly. "I'm going to tell everyone! The world needs to know your talent!"

Koyuki gawped, incredulous. It took a while for him to return to his senses. "The world needs you to keep your mouth shut! I already told you I don't bake!"

"He does," I reassured her.

"But you baked a gorgeous apple pie yesterday," I pointed out.

He flinched, already losing colour in his complexion. "I... might've."

"And it tasted like heaven itself!" Scooping his hand into mine, I marvelled the very thing, slender fingers and all. "Ah, these hands are truly a blessing."

If I received a yen for every time I'd made this guy speechless, I'd have a lot of cash on me already. The same would be for every time I got him to blush like some fiery red apple.

"St-stop making fun of me!" he said, tugging his hand to freedom.

I made a face as he inched backwards. "I'm not!" I clasped his hands in mine once more. "I want your hands for myself. Please let me have them until we graduate."

Koyuki flubbed like a fish for air yet again, until he reeled away with much vigour and took cover behind Miko's desk. "Sakurauchi," he got out, cautions high to every movement I made, "how do you hang around this lunatic?"

Miko giggled, shielding her mouth with her palm. "I know she may come out a little aggressive, but Kotori never tells a lie. If she says you're talented, you really must be, Tamura."

"Why do you of all people have to support her behaviour?" Koyuki demanded. "You already know I don't have time for baking. My hands are full enough with the Film Club."

"You can still join my club," I reasoned.

"Not going to," Koyuki enunciated, narrowing his eyes at me. "I'm not interested in baking."

His refusal really hit me hard this time, but I wasn't going to let it stop me in my tracks.

"I don't believe you. Your apple pie was the best pastry I've ever tasted."

"That was an amateur pie."

"As if! It was both beautiful and delicious!" I threw my palms onto Miko's desk, rounding whilst sustaining eye contact with him. "Just join my club. I'll let you bake for me for the rest of our lives."

"What kind of bargain is that?" Koyuki was already on his toes, moving each time I'd made my way around this circle. "I keep telling you baking doesn't attract me anymore."

"I don't care! Stop bothering me."

"Join my club then!"

Our relentless cat-and-mouse chase around Miko's desk persisted, neither of us going down so easy. It soon gathered the attention of our classmates but not enough for them to dwell on what exactly we were yelling about.

"Be mine already!" I shouted.

I bounded right. "It'll only be until next year."

He sidestepped away. "I don't care."

"Why not? Just do me this favour!"

"I'm not joining your stupid club so leave me alone!"

"That— My club is not stupid!"

Just as I attempted to move right and tackle him, my palm met the plastic plate. It immediately tipped over. I could only watch as the waffles soared through the air. Miko ducked her head before it could dare hit her, but as a result, it met the face of the person crouched directly behind her.

Koyuki was left completely still as the waffles slid down his forehead, smearing syrup and butter on his nose and mouth as it did. By the time it hit the floor, a sparse amount of black flakes rested upon his mouth, it took Koyuki moments to reach and rub them from his eyelids.

"What...?" He squinted at the residue on his fingers. "Syrup? Butter?"

His tongue left his mouth to lick his lips. But as soon as the flakes touched his tongue, he gagged, face shifting to a sickly green. He went racing toward his bag for his water bottle, stumbling his way through by touch alone, and downed its contents in literal seconds. Despite that, it turned out to not be enough and he went racing out of the classroom right as the morning bell went off, all the way to the school water fountain.

"Oh no," Miko said, hands clapped over her mouth.

I watched this all unfold, guilt worming its way to the pit of my stomach. "Did it taste that bad?" 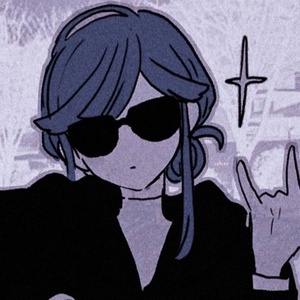 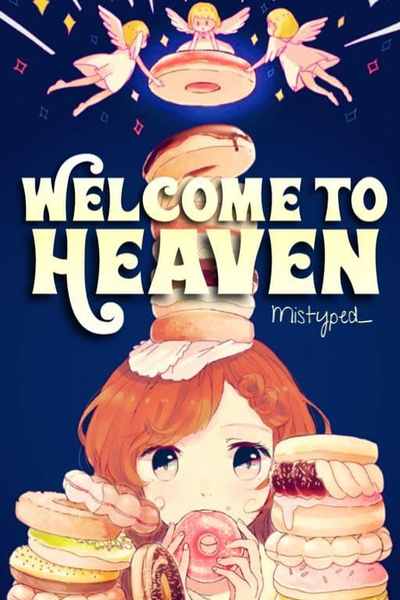 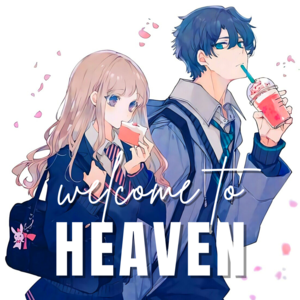