Fragments of a Woman

My day began intact in its routine: woke up, showered, oral care, and breakfast. The first meal provided us with secretions and carcasses of animals. They told us it was for our “best interest,” so we gorged ourselves and reveled in its galore. It wasn’t until a shard of doubt sunk deep into my wounds that trickles of truth revealed themselves to me. I see it now as it always was, but back then it simply… was.

That day I had a ten hour shift in a place where they promised us smiles. They promised us happiness in a meal, but instead, we consumed artery clogging hatred, panic, and fear. We consumed distress from unknown beings; unknown even to them. I was a sheep then; I feared the rapists and murderers, but never the shepherd that led me into the slaughterhouse. But it was that miraculous day, trudging along towards the train station that I stumbled off the sidewalk and landed like a dog; it was an unprecedented crisis. It was that moment, when I apathetically tucked the pain in with the rest of me, that I saw it: a snowy dandelion adorned by three green leaves. No one halted as I dusted off my hands, not one single person, but that dandelion rising from the asphalt. I marveled and pondered at it, yet the answer was but a mosquito at the edges of my mind. I frowned. I shook my head. Stood up, dusted my knees, and hurriedly joined the horde of happiness seekers. The dandelion an unmarred and unafraid sentinel.

It took a year from that fateful day before I took action. They frightened me, and on the path to the promised happiness, I tried not to see. This worked for a few months, but I noticed. I noticed the trees that lingered like sole defenders of its kind, waving their long branches adorned by leaves. I noticed the flowers that persisted in the wake of shoes and were soon eradicated. I noticed the bleak faces of young children, men and women of every age, and their consumption of fear marinated life. I noticed and looked. Their faces reflected back at me; I became a mirror of them and they of me.

After that year I could not pretend. I could not pretend that the path I followed was towards happiness. It was their promise, but I knew the moment our gazes collided that it was a lie. They thrived in fear. I feared them. They had won… or so they thought.

For days I contemplated and pondered and contemplated some more away from it all, away from the surface folk. I planned and fought for an escape, but alas it was hopeless. In hatred and anger, I boiled. In hopelessness, I festered. On my last day, and what I thought were my final hours, I closed my eyes, thought of that night and of the fear they aroused in me. The fear that sent this body home. An unwilling victim. Through those thoughts, a question surfaced in my mind: What does it mean to be happy? I was numb, but I knew I wasn't apathetic. I wanted more and a spark lighted my chest. Hope. I know now that we were the result of an experiment and need for a food source. We took their discipline as our own and feared the punishment. They kept us frightened; they were king and we were meant for the slaughterhouse.

It was dark, no stars, no moon, nothing but the rare fluorescent light illuminating just enough to guide us home, but not enough to see beyond. I was not traveling home. I fought against the coming current. I expected squawks and squeals, but as I pushed and they fell on their knees, I saw fear in their eyes. The fallen were a reflection of who I was and could have been, and wishing some would follow, I kept walking. I remembered the spot where it all began and looked beyond, past the veil, towards the asphalt and I spotted one of them. It smiled at me with pointed teeth and cemetery eyes. It knew me and I knew it. I smiled in defiance and hopped off the path. Its smile faltered. To say I was unafraid would have been a lie. I was terrified, but hope nudge me along. I wanted happiness and love. Hope nudged and broke from its confines, illuminating the path towards others like me. Above all else, they could not stop me and in my wake, I forged a flower trail and a new path towards happiness.

No one followed me that day, but the path led me to family. The first few days I was afraid they would hunt us, but my found family reassured me that they could not exist in our world. They, the inorganic ones, can not exist in love, happiness, and hope.

A woman stumbles on an unsavory truth of her society: they were being used. (HE) 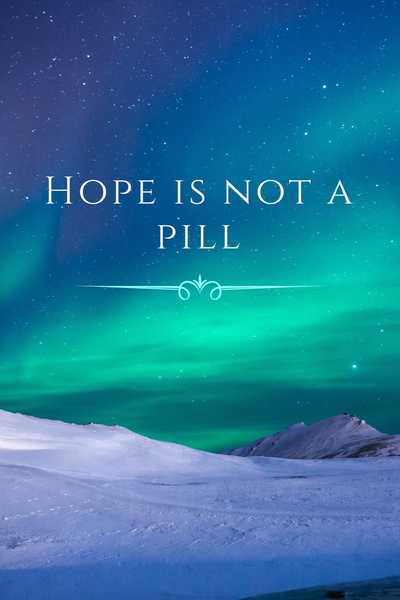 Fragments of a Woman

A collection of short stories created by different personalities and experiences of a woman.
Subscribe 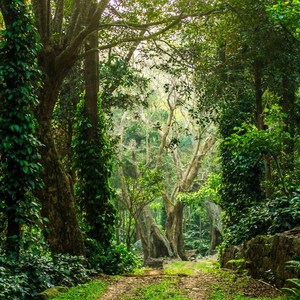