Somewhere in the south, 9 years ago.

Six years went by in the blink of an eye. Nothing much had changed in the monotonous village, in the south of the continent of Eberon. Old Guitan still spent every day complaining, but now she was always followed around by a small girl, with beautiful dark hair and unique eyes.

Guitan, however, was not capable of giving that little girl any kind of love. When she was asked about her parents, Guitan then told the youngling distorted stories of her mother, Sophia, and how her existence was a sin. She had never been able to look at her as an aunt. Even less as a mother herself. The only good side she saw in the company of that girl was the pleasure she had in using any kind of defaming words to describe her kin. It felt like an act of small revenge towards the sister she hated so much.

That child now had a name. Althea. Such name had not been appointed by Guitan, but by her parents, who mentioned this in a letter left inside the sack with money, on the night they relinquished their guard to protect her. As Guitan could not call the girl a "bastard" in front of other people in a normal society, she found it practical to use the name given to her, not least because she did not even want to bother to think of something different to name the girl.

Unexpectedly, Althea was not sad nor bitter like her aunt, but a sweet girl with the beauty inherited from her parents: Black hairs like her mother's and her father's unique violet eyes. But she had something different, Guitan knew. Something coming from her father and his family. Incredible and devastating powers. This was her inheritance, and this was the power that promised to free the world from the darkness. That six-year-old girl had no idea that the world was beyond her dreams and that the future of mankind was laying in her tiny hands.

Althea always dreamed of traveling and imagined the world as a place full of mysteries and adventures. As she lived near a harbor, she spent lot of her time listening to stories of sailors and pirates, who stopped there to stock their ships. She dreamed of seeing the world by traveling the seas and meeting friends.

The young girl was forbidden to attend schools or even the village where she lived. The few times she was allowed to leave the house was at the behest of her aunt, in order to do some work or buy something that had been ordered. This way, Althea spent most of her the days cleaning the house and fulfilling Guitan's demands. At night, when her aunt was asleep, the girl was always sneaking to the small bookshelf of the house, and unraveling the words written there by candlelight. No one had ever noticed how clever the child was, to the point of learning to read by herself, after observing few classes at the village school, hidden from her aunt. She was special, in many ways, but they would never notice, for no one had come close enough to her to even see the beautiful and rare violet color of her eyes.

One night, coincidentally rainy, Althea was finishing waxing the floor, waiting for her aunt. She heard Guitan opening the door and went to meet her. It was the first time she saw such a big smile on her aunt’s face. And she had a bad feeling about what was to come.

Althea had seen that military men recently arrived in the village. World Government servants. The visit of such officials was extremely rare in that region, especially in such a small village, which caught the attention of the little girl. For years she'd heard her aunt talking about how she was a freak, a crime. The girl shuddered. She knew it was her time to be taken, after all, her existence was forbidden, as aunt Guitan affirmed uncountable times. Althea climbed into the small space she called her "room" in the attic. Then, she sat on the floor and closed her eyes, trying to distract her own mind. The little girl was smart enough to know that her worst days were coming.

Footsteps. There were more people than she could count. The poor child cringed, even more, holding the urge to cry. She had to be strong. Since she could remember, Althea knew that this was her destiny. But she still hoped that her aunt would accept her someday. She hoped she could live a peaceful life in that small village.

Althea wasn’t a fool. She never expected love. But at least she believed that maybe one day she would not be hated.

The door opened and several soldiers entered the room, following a gigantic man in his military uniform. On the back of his coat, was the word "Admiral." Althea did not know what that meant.

-There she is. - Said Guitan. - Get her out of here and pay me the promised.

Immediately two men stepped forward and arrested the little girl with heavy chains. Another capped her eyes with a thick black cloth that had a strange smell. The last thing Althea could see were the expressions of amazement from the soldiers, and, next to the door, the indecipherable expression of Guitan, who seemed to avoid looking at her.

The Admiral then approached and pulled the girl by the arm and led her out of the house.

"Do not even consider resisting young girl. The last thing I want is having to hurt you, but I will if I have to. "

Several days went by when the ship finally arrived at its destination. The girl, weak due to the trip, still didn’t know what exactly was happening and how much time had passed since she last saw the light. She was again pulled by the arm until they reached what looked like a cell. Still blindfolded, she was caught by another set of heavy chains. Althea knew she would never leave that place. No one was going to notice her absence. No one was going to miss her. That place was also her grave.

"I'm sorry, young lady. But this is your destiny. " 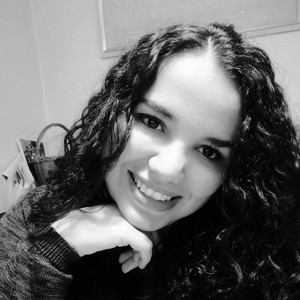 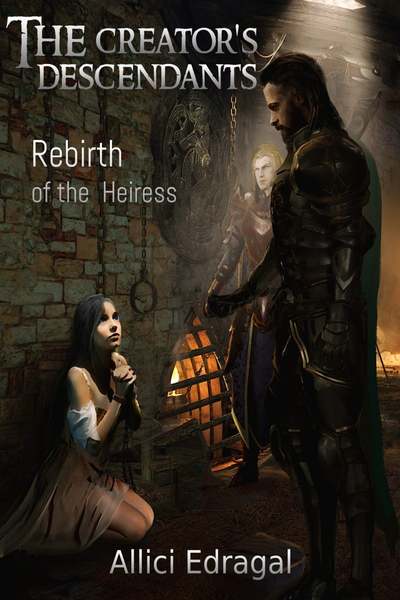 One man controlled humanity`s destiny. The rebels were hunted and those who surrendered were enslaved. Darkness cursed the continent of Eberon and the islands surrounding it. It was not known how it all ended this way. Part of the ancient history had been erased.
Until hope finally arose...

Imprisoned since her childhood, Althea discovers the meaning of freedom and boards on a journey to uncover her origins and the mysteries behind her overwhelming power.
Subscribe 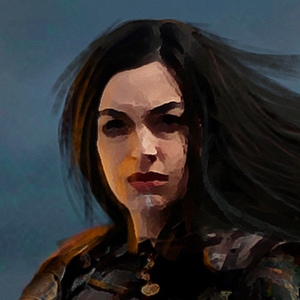