The Scouring of Refuge

Bron was seven feet tall and about half that wide, but the creature loomed over him by another foot. As it didn't have a head, much of that height was a solid, square torso and thick limbs. Its legs were like flexible tree trunks ending in thick four-toed feet. It tightened its grip on its triangular sword and stomped forward with a guttural growl. The creature twisted its blade to strike.

“No. I’d be foolhardy to match its strength. But I can redirect its strength away from me.”

The blemmyae chopped down with the blade, but Bron was quicker, knocking the blade aside so that it smashed the wall beside him. Lunging forward, Bron stabbed out with his greatsword, burying it through the blemmyae’s body near the eye. But no blood came from the wound, and the creature lifted its sword to strike as if he hadn't just impaled it. Lunging back to free his sword, Bron only had time for a clumsy block. The full power of the creature caught the falchion, jarring Bron to the bone and hurling him backward.

Rhun slammed the stone gauntlet into the ground to brace his fall. ‘The bastard is tough! Carve him up a bit.’

The blow struck the same injured collarbone as his first hit. He cleaved from collarbone to the top of its eye. But after carving a path of destruction through the creature’s body, it still refused to bleed. The blemmyae raised its sword again, growling from the depths of its belly.

This time Bron wasn’t able to pull the sword free. Mangled bones and flesh trapped it. Bron released the greatsword quickly and tried to step back, but the blemmyae stomped closer, raising its sword, and ensuring he wouldn’t get away. Before the the monster could strike, Rhunal’s Stone Hand shot off of his arm, and grabbed onto the tip of the monster’s triangular blade. With the creature engaged, Bron stepped beside the creature, stabbing into its side with his shortsword. The Stone Hand fell to the ground as a glowing sphere again. The she-orc came charging from around the corner with her sword in hand too.

The creature pivoted to defend itself against Bron’s close onslaught and was struck from the opposite flank by the orc. Both stabbed and slashed the creature deeply, confusing its efforts to defend itself. Finally, Bron buried his sword to the hilt in its ribs, unleashing a torrent of blood into him. Rhunal focused on attacking its hands, carving off several fingers at the joint and forcing it to drop its heavy sword. The blemmyae’s efforts to shake the two away from it increased as it struck out with its arms. The she-orc chopped at its arm over and over, but finally her sword refused to cut. Its edge was dull, like she’d been striking stone.

Bron too had continued his barrage, focusing on quick stabs to its torso, over and over. But the blood refused to flow again, and his shortsword was piercing less flesh with each blow. Soon the tip of his sword was rounded, little better than the edge. The blemmyae was bloody and its flesh hung off its arms and chest in ribbons of tough hide, but its flailing fists finally forced the two back.

“Do you have a spell for this?” Bron panted. “I can't fight anymore. I have got an iron bar instead of a sword now.”

“No. And I’ve used too much energy for spell-casting, anyway. What do we do? It just won’t die!” she growled.

A door opened behind them. “Well done. You held it off long enough.” It was the same man as before.

"We need to get escape,” Bron said. “You can see what we’ve done to it, what harm could you do?”

“You have to harm the right points,” said the woman, standing to the side of the alley.

“Back up you two.” The stocky man held his pike tightly, standing slightly behind Bron and Rhun with his pike leveled between them.

He jabbed at the beast, encouraging it to press forward and grab at the spear tip. But he kept backing up, never letting it reach the weapon. The blemmyae unwisely ignored the short woman, quietly standing in a small alleyway to the side. Once it was beside her, she lunged forward and plunged her spear deeply in its less wounded side. The first blow drew no blood, so she ripped it free and stabbed it in a little higher. The wound spurted blood this time, and the blemmyae vibrated with energy.

The stocky man rushed forward. With all his momentum, he buried the pike above the creature’s mouth, where the base of the sternum would be. Its dark blood poured out of the wound, its mouth, and even its eyes. One moment it was stepping forward with its fist raised towards the man, the next it collapsed onto its face.

The man turned triumphantly to Bron and Rhunal. His smile fell as he realized Rhunal was not human. “An orc female? You’re a strange pair to be here in these dire circumstances. You came from above? From the mountain?“

Rhun nodded. “Bron and I got lost in the forest. After finding our way through, we crossed the cliffs.”

”It is a long story how we came to travel together. The brief version is that Rhunal saved my life. We came here to start an adventuring party,” Bron said.

The man suddenly laughed. “A hell of a first quest then, very good timing. Unfortunately, I doubt any of us can pay you.” The short, stocky man lifted one side of the blemmyae’s triangular blade up, leaning it against the side of a building. “If you’ll sell me the monster’s sword, I’ll make it up to you with materials from my smithy. Your gear is looking a little rough.” He pointed out Bron’s missing sleeve and missing hand. “How does that stone hand of yours operate?”

Bron pointed to his stump. “Oh, it’s a magical artifact we found in the forest. It runs by itself as far as I know.” It was a lie, but Bron didn’t want to reveal Rhunal’s magic ability to strangers yet. He gathered up the glowing orb, tying it to his belt.

Rhunal stared daggers at him. “What are you talking about? That’s not how it works.”

“Come on Rhun. It’s the middle of an attack. We can spend time talking about all the details later.” Bron pointed out the slashed up monster, raising his dull shortsword. ”We need a place to operate from. We can not do that if the town is gone. We came here to help, but it seems we were not up to the task.”

The man ripped his pike from the dead monster. “The blemmyae have three large hearts. Once all three are carved up, they fall. No other wounds can kill them, and they regenerate quickly. I suppose you could try to cripple them, but they have damn tough bones on those limbs. I am Guluss and this is Chione, my wife.”

Chione bowed to them. “We appreciate your help.”

Rhun grimaced. “We made a mess of it though.”

Chione shrugged. “Your heart was in the right place, others of your kind were not.”

Her words did not hurt less than a dagger to Rhun’s heart. “Were my people involved in this?”

Chione and Guluss looked to one another and hesitated. Finally, Guluss spoke. “A group was yes. Would you believe an orc wizard? It seems unbelievable, but half the people in town saw this giant of an orc cast a fireball. Magic is suspect enough without some orc villain using it. Besides that single fireball, this party of orcs did not attack the town. The orc warlock was probably the one who destroyed the wall, but I doubt most people know that.”

Bron scowled. “Are these orcs still here? Did they aid the entire attack? You better stay back Rhunal.”

Her face instantly told him the answer to that. “I’m not leaving you in the middle of a battle. You need me.”

“They didn’t stay for the attack,” Guluss said. “Casting a single spell was the only aggressive action the whole group took. Some saw them enter the Guildmaster’s destroyed house, but didn’t see why. Seeing as you two sprung out of the mountains, I think we can trust you Rhunal. That won’t convince the others in town, though. We’re going back to the battle, if you want to stick with us, I’ll explain your presence to the others. Stay close to us.”

Well, they made a mess of it. But it bought them enough time for those experienced with their foe to help.

Comments welcome, I'll always respond to em.
Thanks for reading! 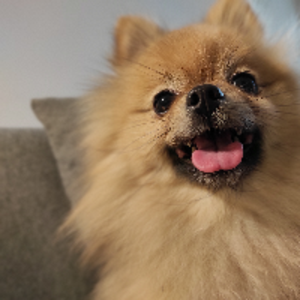 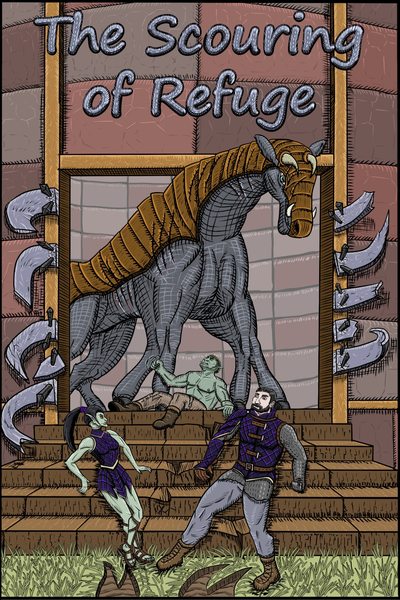 The Scouring of Refuge

Tempered by a harrowing journey through an ancient forest. Rhunal, a young she-orc mage and her human protector, Bron, arrive at the town of Refuge during the beginning of a siege. After starving for weeks in the forest, neither is about to let the town fall to the monstrous invaders.

Not everyone in town will be happy with their intervention. Orcs are not allowed to live permanently in a human town, yet that is her goal. The military leader of the town uses this to trap Rhunal and Bron into a deadly scouting mission deep in the the wild frontier.

This is the sequel to The Turbulent March, my other novel. It's good to have read that one, but not necessary to understand this series.

[Full color illustrations every three chapters or so.]
Subscribe 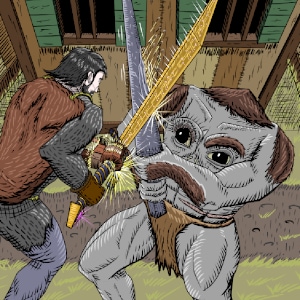