It was a sunny day in town. This story is about our town, and what happens in it. It is called Brooksville, with the slogan, “The town that spreads ebullience.” Brooksville is located in the Berkshire Mountains of Southwestern Massachusetts. Brooksville presents itself like many other towns in the world. You will start to see our townspeople as prudent, sensible, and absolutely, completely harmless. But once you dig deeper, you start to become attuned to the silhouettes of injustice and horror beneath. This story begins with what Mr. and Mrs. Ansburrough did this summer.

On June 25th, just after the freshmen of Brooksville High School had their end-of-year party, in mid-afternoon, Gilroy and Antoinette Ansburrough completed their move into town and were fully settled in. They were the new rich married couple in town due to their multimillion fortune. They’d moved from Menlo Park, California, into a new mansion in Sycamore, a wealthy neighborhood on the West Side of Brooksville.

Shortly after moving in, Antoinette and Gilroy purchased the Ville, the biggest movie theater in town, and immediately shut it down. Most citizens of Brooksville had no idea why the Ansburroughs wanted it closed and not turned into anything else. It was odd--and it would be months until they found out why.

The story that Harley Pryce MacQuoid II, a witness of the purchase told, made the rounds that late at night on June 21st, Antoinette and Gilroy Ansburrough threatened the landlord of the Ville, and forced him to let them buy it.

A few days later, the purchase instigated protests from the citizens of both sides of Brooksville; East and West. The Brooksville Police Department attempted to control the protests, but the violence and fuss just would not stop.

During the afternoon of the protests, the Ansburroughs spoke to the police and asked them to do a better job of controlling the protesters.

Carey Glensworth, the awful mayor of town, said that the movie theater purchase was good for the town, followed by a disagreement from the Deputy Mayor of town, Ravenna Gerrick. No one except for Carey Glensworth knew the reason why he thought it was good. The story that Harley Pryce MacQuoid II, a witness of the purchase told, made the rounds that late at night a few days before the protests, Antoinette and Gilroy Ansburrough threatened the landlord of the Ville, and forced him to let them buy it.

As for Brooksville, the June 25th incident was still a trending topic in our town, on the last day of summer vacation, when new injustice, hysteria, and horror rolled into town.

As a new week had just begun on Sunday morning, Mr. McCavitt, Mrs. McCavitt, and their daughter, Lori McCavitt just arrived at their new residence on the West Side of Brooksville.

After spending the first 15 years of her life in Boston, Lori was not fully used to the fact that she was going to be living in this town, not only because she lived 15 years in Boston but also because she had never visited this town once before. Not before now.

This town was at the bottom of the list of things she needed in her life. However, all of them still felt that the city of Boston was their home, which would not be an emotion all of them would feel much longer.

Lori was a girl with long and wavy light brown hair, with dark brown eyes. Lori’s parents suggested that she takes a walk around the neighborhood and explore the area.

Flynn McCaue & Clella B. Carlyle have always been Brooksville’s #1 biggest best friend relationship throughout the West Side of town. They’ve known each other since infancy. Today, they’re the average all-American teenagers.

Flynn had decided for himself that it was time to pursue his new passion in visual arts, and Clella decided for herself to start becoming a writer. However, there was only one thing stopping Clella from being a successful writer:

Harley Pryce MacQuoid III, the leader of the Brooksville High School Writing Group, The Green & Silver. He was known by many to be unwelcoming of the majority of students who wanted to join his writing club. He was also the very obvious son of Harley Pryce MacQuoid II, the man who witnessed Mr. and Mrs. Ansburrough threaten the Ville landlord on the night of the 25th.

Just like Lori McCavitt, Flynn and Clella were going to be starting Sophomore year the very next day. They were eating lunch together at a Chinese food restaurant in Old Brooksville, which is the main neighborhood in Downtown Brooksville. Talking about trends was their favorite thing to do when hanging out.

It was midday by now, which meant that eating lunch early would leave them plenty of time to hang out. They had many possibilities and options, but like everyone else in town, they could not go to the Ville.

Clella was just as happy to be Flynn’s friend as she was sad about her major altercation with her former friend, Zahara Harden. She tried as much as mentally possible to prevent herself from preoccupying about the looks of her situation with Zahara. Clella was unlike most teens because she had an extremely rich family with 2 houses and a farm.

Kate McQuarrie is the average straight-A perfect girl-next-door. She has always had a crush on Gordy McCain. Kate and Gordy are not the best of friends, but they have a long history of being no more than friends.

Gordy was never just friends with girls. He has had 6 girlfriends. He was currently looking for a 7th. He was pretty confident in this because he was very good-looking, and had a great personality in terms of charisma.

At this moment, Kate and Gordy were at South Island, the island that was in the middle of the South River, just about at the center middle of town, neither on the West or East Sides of Brooksville. They were enjoying the last afternoon of summer vacation at the outdoor restaurant of the island, Southie’s, at a two-person table.

Gordy and Kate were talking about some ways they could plan for the school fundraiser but were both verbally worrying about a possible impact that the Ansburrough married couple could have on the funding or the fundraiser itself.

Just before Kate was about to hesitantly open up to him about her feelings for him, he noticed a girl who walked right past their table and was called by a restaurant employee mid-walk. She stopped and waited for the employee to come over to her. The girl and the employee discussed a table she could sit at, and then the employee told her to wait right where she was so that he could get her set up.

The girl turned around and asked Kate and Gordy how the sandwiches are, with a friendly reply from Gordy, telling her that they were of high quality and that this specific restaurant was known for having really good sandwiches. He introduced himself to the girl as Gordy McCain and introduced Kate, followed by the girl whose name happened to be Lori McCavitt.

Kate could easily tell that there was an undeniable spark between Gordy, her best friend, and this stranger, Lori, who neither of them knew. Unfortunately for Kate, she was confident in the fact that Gordy had no emotions for her. Kate was not fond of the new girl, and she would have no respect for her.

Through always being in countless beauty pageants, and always being so focused on facial and overall physical appearance, Molly Mulberry, the daughter and middle child of Madison and Millbrae Mulberry, was the official one and only princess of Brooksville High School.

She was the Gordy McCain equivalent as a girl, but she was known for playing hard-to-get with all the students who had crushes on her. She also had a notorious reputation for being a troublemaker and constantly being in the mood for havoc when in school.

Molly was the biggest straight-A student. She was in the student body, student council, student ambassadors, and Model UN.

At this moment, she was talking with her sister and brother, Mary and Middy Mulberry about how the new conflict rolled into town could be resolved. Molly thought that Just like the Carlyle family, the Mulberries were very rich as well. They lived in a mansion called Rosehill.

It was still summertime, which means they could go swimming in their pool, but since all three of them were about to start school the very next day, they just preferred to stay indoors and be around each other and prepare.

At that very moment, Molly heard glass breaking from downstairs. She ran downstairs to see what was happening. Molly asked her mother Madison what was wrong, but she did not answer, so her father Millbrae told her that they just got a call on the home phone saying that Gilroy and Antoinette Ansburrough had just purchased East Brooksville High School.

Brooksville reels from a multimillionaire married couple who just moved into town and purchased the public movie theatre of town; new student Lori McCavitt moves into town; Kate McQuarrie keeps some secrets of her own. 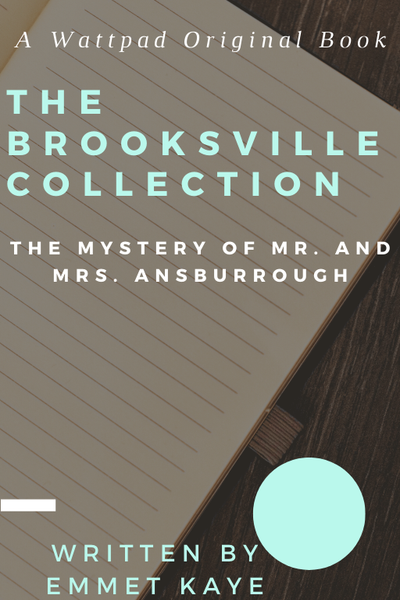 In a small town in Southwestern Massachusetts called Brooksville, also known as The Town where Ebullience Spreads, different groups of friends go to the main high school on the West Side of town as normal students, until the day that a multimillionaire married couple travels and arrives in Brooksville, only to buy as many public properties in town as possible. The group of students comes up with different ways they can stop the multimillionaires before they buy every single public property in town. Will the group find a way to stop them before everything is taken away?
Subscribe 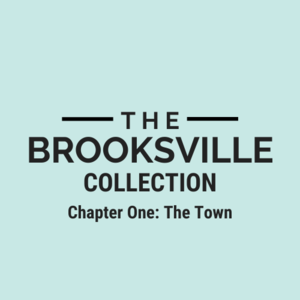