Once the school day was over, Preston and I decided to walk to the bakery that was a ten-minute walk away from the school to grab ourselves dinner. Our parents were going out on a date with a few friends and wouldn't be back till late at night. Though, just because we were eating now didn't mean we weren't going to order pizza later—because we were.

We sat in the farthest booth in the corner of the bakery that was next to a window, making it able for us to look out and people watch. Preston, being the foodie he was, ordered a plate of rice and potatoes, and of course, a blueberry muffin to snack on after he was done. I had only bought myself a plate of lasagna; I never really was a big eater so one piece was good enough for me.

"You know what? We should do a couple's costume for the Halloween party on Saturday, what do you think?" Preston asked when we arrived home, glancing at me with a smirk while pulling out his house key from his pocket.

I narrowed my eyes at him, "a couple's costume? Are you really that cliche?"

"Uhm...yes?" Preston chuckled, pushing the door open, gesturing me inside, "you first, your majesty."

I rolled my eyes, shaking my head with a crooked smile before moving inside the house. I kicked my shoes off, tossing my bag onto the bench in the mudroom before moving into the living room, Preston trekking behind me after tossing his bag, stretching his arms up over his head.

He arched his back slightly as he stretched, letting out a groan of relief. The hem of his shirt rose up slightly, and I caught a glimpse of the prominent v-line dipped into the hem of his jeans. I bit my lower lip between my teeth, staring at Preston for a moment longer before looking away, and sitting down onto the couch.

I was still curious as to who the hell Preston had a crush on. It came out of the blue, and because he never told me about it, I was wondering if he was pretty serious about the person he liked. I mean, Preston was a great guy so I wouldn't doubt that whoever he liked, probably liked him back. I was happy for him if I was being honest with myself. Usually, he would just go to parties and hook up with whoever he found attractive. But for some reason, I still felt an odd feeling in my chest.

I felt Preston hop onto the couch beside me. I gasped as he wrapped his arm around my shoulders and pulled me towards him. I looked up at him, and he stared down at me with a cheeky grin.

"Come on, I still think that costume idea is brilliant. You know what we could dress up as? A nun and a priest; and you can call me father."

"Eh?! PRESTON!" I screeched at him, smacking him in the chest. He burst out laughing. "What the fuck, I am not doing that!"

"I'm kidding!" Preston laughed, amusement shining in his blue eyes. He quickly took a few breaths to calm down and cleared his throat, "Okay, how about you dress up as a sexy police officer and I'm the sexy prisoner that you're arresting huh? Push me against the wall and cuff me, baby."

"Preston Liam King! I swear to god!" I shouted at him, sitting up and smacking him in the chest once, twice, and thrice, making him laugh loudly a second time, quickly grabbing onto my wrists to push me off him.

"Oh come on Adrien! I think you would look hot in booty shorts."

"Booty shorts?! I am not doing that Preston!" I moved to smack him again, but he quickly stopped me.

"Okay okay! Fine, no sexy police officer. What do you want to dress up as for the party then?" Preston smiled crookedly at me.

I rolled my eyes at him, pushing up off the couch, making my way to the kitchen, "I'm getting a drink."

"Did I make you thirsty baby?" Preston called out in a sing song voice. I whipped around to send him a glare, flipping him the birdie.

"Stop calling me baby, and I think you're the one who's thirsty," I scoffed, turning back around as I moved into the kitchen, grabbing a water bottle from the fridge and twisted the cap off.

I dipped my head back and took a long sip of water, letting out a heavy sigh afterwards. I couldn't help the blush that was coating my cheeks from the way Preston was acting, and I willed the embarrassment to go away while I stood in the middle of the kitchen.

It didn't take long before I heard music playing from the living room, coming from the stereo. I shook my head, a chuckle escaping my lips once I realized the song Breakthrough from Lemonade Mouth began blasting through the house.

Then, I turned to see Preston standing over by the couch, dancing his way towards the kitchen while singing out loud along with the chorus. I laughed loudly, smiling wide as he sashayed over—Preston may have been a good singer, but when it came to dancing, he wasn't that good. Sure, he was a complete party animal but ask him to choreograph and he'll twirl around like a five-year-old in ballet class.

He grabbed onto my hands when he reached me, pulling me against him, one hand moving to my hip, making me dance along with him. We moved in sync, and eventually, Preston used one hand to spin me around, before pulling me back against him, all while still singing along to the song.

We continued like that, dancing around the kitchen before moving into the living room when another song started playing—Diamond Heart by Alan Walker. At that point we were singing our hearts out, jumping around on the floor and the couch, pumping our fists in the air and swaying our hips. Basically, it was a two-man party.

I gasp as my foot suddenly slipped off the couch, making me stumble and fall, crashing directly into Preston.

"Shit!" Preston cursed loudly as we both fell to the ground with a loud thump, quickly grabbing onto my waist. He landed on his back with me on top of him, our faces merely inches from each other.

We stared at each other with wide eyes, neither of us moving right away. I blinked a few times, a blush slowly creeping onto my face from the position we were in, my legs straddling his lap, with Preston gripping either side of his hips.

"S-sorry," I stammered, quickly jumping off of Preston, stumbling onto my feet. My best friend stared a moment longer before letting out a chuckle, sitting himself up in the floor.

"And I thought I was the clumsy one."

I scoffed at him, "my foot slipped!"

"Yea yea, if you say so, baby," Preston teased me with a smirk. The blush on my face only got worse and I quickly flashed him a glare. 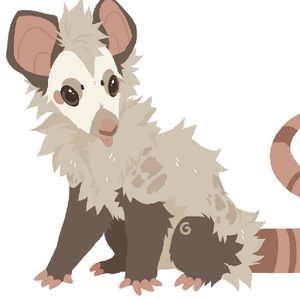 according to the laws of bl, that wa no accidemt 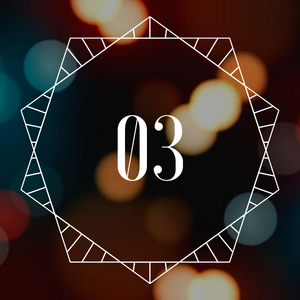