The bell just rang for third period, the exact period that assembly would be starting at. In a few minutes, they will be calling all the grades down into the gymnasium.

We were backstage. The tech crew was getting all the electronics set up, theatre kids were putting on their costumes, dancers were stretching, and us music geeks were double-checking our instruments. Joseph was sitting at the keyboard piano that he plugged in, making sure all the keys and such were working.

God, I was sweating. The closer we got, the more nervous I got. My hands were trembling, and my heart was pounding. You'd think I'd be singing the song to Adrien and admitting my feelings for him.

"Are you okay Preston? Your face is pale," I snapped my gaze over to Joseph. He was now standing next to me. I shook my head.

"No, I'm fucking nervous. And it's not because I'm afraid I'll mess up."

He chuckled, "what are you so nervous about if you're not afraid of messing up?"

I sighed heavily. Phoebe was the only one who knew. If she were here, she would probably smack me and tell me to get the fuck out there and sing my heart out. But she wasn't here. She was sitting front row with Adrien beside her, making sure he caught every moment.

"The song your singing is what?"

I glance around backstage. I turned back to Joseph and gesture him closer. He looked at me curiously but stepped closer nonetheless, and once he's close enough, I lean over and whisper in his ear.

His eyes go wide, and he quickly looked at me both in surprise and excitement, "Oh shit, really? I fucking knew it! I'm rooting for you dude."

I chuckled, "thanks, I appreciate it."

"You'll totally swoon him over. With the way he looks at you all the time, there is no way he doesn't like you back. You'll totally get his heart pounding."

"Yea? I think it's just cause he's really easy to embarrass. It's cute, but then again I also wish he had the confidence to express himself more. I want the world to see how I see him — because he's just so amazing."

"Wow, you are so fucking whipped Preston," Joseph laughed.

I rolled my eyes at him. The announcements went off shortly after and soon, I could hear the crowd of people filling the cafeteria. My nerves spiked up again, and when I went to peek out at the audience through the curtains, I noticed Adrien sitting down in the first row.

Phoebe, Kourtney, and Marci were all sitting with them, the four of them chatting while the rest of the seats filled up and patiently waited for the assembly to start. Eventually, I noticed Daniel and Asher join the four of them. All of our friends were there to watch Joseph and I perform. A lot of people were dressed up in costumes considering today was in fact, Halloween. But most of us were waiting for the party tonight to dress up.

I take a deep breath and pull the curtain back down, walking back over to Joseph and the rest of our music class, who were now gathered together in front of Mr. Anderson.

"You guys are going to do great with your performances. I just know it," Mr. Anderson stated with a smile, "you've been practicing hard. You're all talented and you should be proud of yourselves."

I could hear our Principle quiet down the audience as she speaks through a microphone. There is clapping, followed by mild chatter, and then, they are calling the first few people onto the stage for their performances.

I sat down with my guitar in hand, anxiously waiting for my turn. I bounced my leg against the ground, biting my lip, mentally telling myself to calm the fuck down. I could hear the audience laughing from a performance by a few of our most favourite teachers, clapping for a group of dancers and next, a band playing a song with their instruments.

And as the person before me steps onto the stage, Mr. Anderson approaches me with a smile.

"Are you ready Preston? You're up next after," He said. I sighed heavily and nodded my head, standing up from the chair with my guitar slung over me.

"You'll do great out there kiddo. Just relax," He reassured. He clasps his hand on my shoulder and leads me closer to the curtain. I could feel my heartbeat in my ears.

The person before me finishes, and there is another round of clapping. Then, I hear my name being called to the stage.

Fuck, okay. You got this Preston. You fucking got this.

I released a deep breath and step out onto the stage. Immediately, Phoebe started to cheer from her seat, hollering out my name with her hands cupped around her mouth. They were all cheering for me, and when I locked eyes with Adrien, he smiled.

I winked at him, and blow kisses at Phoebe mockingly. A microphone stand is placed in front of me and my guitar. When the audience quiets down, I speak into the microphone.

"Before the song starts...I just need to say something. This song...you guys all know this song. But I'm singing this song for a very special person tonight, who means a lot to me," I started. The seniors all start cheering and whistling, especially my football team, and I rolled my eyes. I closed my eyes for a moment, willing myself to relax, and once the beat of Say you won't let go started to play, I played the first strum of my guitar and opened my mouth.

"I met you in the dark, you lit me up. You made me feel as though I was enough...We danced the night away, we drank too much...I held your hair back when you were throwing up." The crowd went wild as soon as I start singing, bringing a smile to my face.

I sang with all my heart, strumming my guitar to the music, feeling each beat seep into my bones. My heart is on fire, begging to sing louder, begging to convey the feelings I had been holding in for so long. It all hits me like a tidal wave, emotions pouring out of my mouth through each lyric.

I wanted to grab Adrien by the hand, pull him close, and shout from the rooftops how much I loved him. He was my best friend, and I'd fallen in love with him for the amazing person he was. Words could not explain how I felt with him — intense, raw, emotions that I haven't felt for anyone but him.

Before I know it, our eyes lock. Adrien is watching me, and I don't look away anymore. I continue to sing, frantically strumming my guitar, but this time, I'm singing to him.

As I sang, in the background, I could hear people clapping. But I was only focused on Adrien, his face, his vibrant green eyes that reminded me of emeralds, a pure gem. They shined like the sun. I focused on the way his expression softened, the smile that turned his lips, the tears that filled his eyes.

The song slows to a stop. My fingers slow down on the guitar strings, my breath is uneven, and then...everything stops.

There is silence, and soon, people are standing, clapping and cheering.

Ugh, this is still one of my favourite parts that I wrote! 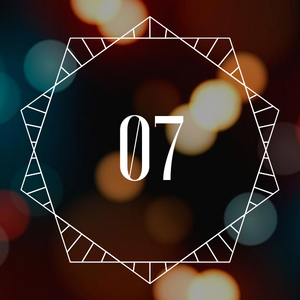