The sound of everyone's clapping rang in my ears. It was loud and echoed through the cafeteria. I couldn't tear my eyes off Preston. Even as he smiled and bowed before making his way off stage, I stared in the direction he left in.

My heart was pounding.

"That was so good! He was amazing!" Kourtney exclaimed from her seat next to Phoebe. She nodded her head in agreement, then her gaze turned to me, and she flashed me a knowing smile.

"So...what did you think, Adrien?" Phoebe wiggled her brows at me. I frowned at her, why did she keep looking at me like that? I swear, she's been looking at me with the strangest look all day, like she knew something I didn't.

"Oh come on. Didn't you feel that raw emotion? He practically poured his heart and soul out!" Kourtney butted in. She smiled and leaned in, lowering her voice in a whisper, "and he was totally looking over here...was he looking at you, Adrien?"

"W-what?" I blushed heavily, shaking my head, "h-he could have been looking at anyone! Even the person behind me!"

"You make me laugh Adrien. He was totally looking at you," She smirked.

"Maybe he was just nervous and he looked at him just for reassurance. Just because he was looking over here doesn't mean anything, right?" Marci cut in. Phoebe and Kourtney looked over at her.

"A look doesn't mean anything. Sure, he said it was for the person he liked, but he's still keeping a secret. He's probably just trying to throw us off," Marci crossed her arms. Asher was about to retort, clearly looking annoyed, but I quickly spoke up before he could.

"Look, Marci's right. He could have just been looking over because he was nervous. Let's not jump to conclusions...yea?" I said.

"How about instead of arguing we watch the rest of assembly — Joseph is supposed to be performing soon as well," Daniel commented. He had his arm draped over the back of Asher's seat. I was surprised at first that the two of them came to the assembly since Asher wasn't feeling well, but he said that he didn't feel as nauseous as he did in the morning. That, and he didn't want to miss Preston and Joseph's performances.

Marci looked like she wanted to retort, but chose not to. We watched the rest of the assembly, Joseph's performances being one of the last ones, but as he walked on stage with one of his classmates, Annie's girlfriend Hollie, Phoebe was on her feet.

"YES! THAT'S MY BABY! I LOVE YOU SO MUCH BABE, YOU'LL DO GREAT!" Phoebe shouted. People cheered, and one teacher told her to sit back down, making us laugh. Joseph smirked at her, blowing her a kiss before he sat down at the electronic keyboard with a microphone attached to it. Hollie stood next to him with her own microphone stand.

The assembly was over after soon enough. It lasted the entire last two periods. The principal said one last speech praising all of the performers before we were dismissed to go home. The home bell rang, and immediately, people were jumping to their feet and flooding their way out of the cafeteria.

The six of us got out of our seats and headed out of the gym, though we stayed lingering in the main hall, waiting for Preston and Joseph.

I was still thinking about Preston's performance. That fact that he was looking at me, a glint shining in his eyes as he sang his heart out, had butterflies dancing around in my stomach. Just the memory of it gave the same effects. A part of me wished that he was looking at me because I was the one that he liked, the one that he had been keeping a secret about. But another part of me ached, because what if he didn't like me? What if he liked Marci or some other queen? I didn't want to hurt Marci's feelings either.

We were supposed to be best friends, so why was he making my heart race? Why did I have to ache for him so much?

"Hey! There they are!" Kourtney's voice snapped me from my thoughts. She was frantically waving over to the cafeteria doors where Joseph and Preston walked out. I bit my lip as the two of them walked over, and immediately were bombarded by our friends.

"You two did so amazingly! Absolutely had me swooned!" Phoebe gushed. She wrapped her arms around her boyfriend and kissed Joseph on the lips. His arms went around her waist, a smile tugging his lips.

"Yes! Preston your voice was like magic! God, whoever you like has to be swooning!" Kourtney exclaimed to him. She briefly glanced back to me and winked, making a blush rise to my cheeks. Preston's gaze lifted to me and he smiled, a look in his eyes that I couldn't quite read. When he walked over, my heart started to beat.

"Did you like my performance, Adrien?" Preston asked with an amused smile. I scoffed at him, willing the blush on my face to go away, but it remained much to my embarrassment.

"Why wouldn't I? Y-you're a great singer. I always enjoy listening to you sing."

"Oh, yea?" Preston chuckled. Marci then jumped between us, wrapping her arm around Preston.

"I agree! Your performance was amazing! It was the perfect song choice too!" Marci beamed. I bit my lip, a discomfort on my chest. Preston sighed heavily before he looked down at Marci and smiled.

"I'm glad you all liked it. Joseph's performance was really good too. He knows how to rock that keyboard."

"Just like he knows how to rock me~" Phoebe cooed with a smirk. Asher snorted, while the rest of us started to laugh.

"Save it for the bedroom Phoebe. Tonight is going to be a killer party," Asher laughed.

Phoebe rolled her eyes with a smile, "oh please, like you don't talk about your active sex life. Do you feel well enough to go to the party? Or are you going to stay home?"

"Okay well! I'm going to go home and do some homework before the party! I'll see all of you guys there!" Kourtney exclaimed. She waved at us before heading off, all of us shouting our goodbyes to her.

Eventually, the rest of us parted ways. Preston and I headed upstairs to our lockers to grab our bags and homework before we were leaving the school and walking home. 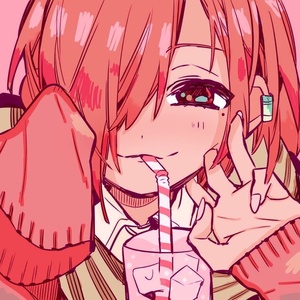 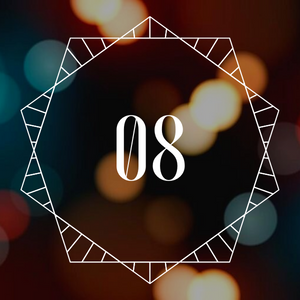