The beer pong game went on for a while. Daniel managed to score us another point against Marci, making her drink from one of the cups. We were easily winning. Out of the ten cups, Adrien, Asher, Daniel, and I only had to drink from a cup once each throughout the duration of the game. The other team? Psh, we wiped them out.

"That totally wasn't fair! You and Daniel are like...good at aiming," Joseph pointed. His cheeks were flushed from the drinks he had to chugged, and I couldn't help but smirk amusedly at him.

"Yea? Maybe you should practice your aim a bit more."

Joseph scoffed, wrapping his arms around Phoebe's shoulders and rested his head on top of hers. She giggled and patted his cheek. I smiled, glancing over to Adrien as he talked to Asher and Kourtney, who were also looking a bit tipsy from the drinks she had.

I bit my lip. I gave Adrien a brief once over. He was facing away from me, so I was able to see his backside perfectly. I grabbed one of the plastic cups off the table and took a sip of the drink. I couldn't stop staring and admiring his looks — I could still feel how his backside seamlessly curved up against me when I was helping him with tossing the ping pong ball. His smaller, warm frame pressed against the front of me, my hand curled around his dainty pair, his sweet vanilla perfume wrapping around me like a fuzzy blanket. I had the sudden urge to pull him away from the crowd and kiss him.

I put the drink back down onto the table. Just as I moved to approach Adrien, I was suddenly stopped by a hand grabbing my arm. I turned to see Marci now standing beside me, a warm smile on her face as she looked up at me.

"Hey, Preston! I was just about to head to the kitchen to grab some food. Want to come with?" She asked me. I released a small sigh and briefly glanced over to Adrien, preparing to say no.

"Pleaaaaase?" She pouted, yanking on my arm. I frowned at her, "it will be quick, I promise!"

I hesitated. Even if I didn't want to, I knew she was going to keep persisting until I said yes. I guess confessing my feelings to Adrien and kissing the shit out of him was going to have to wait.

"Okay, fine...I'll come," I said. Marci beamed and grabbed my hand, leading me towards the kitchen and I followed, no matter how much I really didn't want to.

I think Preston should have told Marci 'no' and went to do what he wanted to do instead-telliing Adrien that he like like him not just as a best friend and give him a kiss on the lips. Marci is just so blinded by her feelings see isn't seeing that Preston doesn't like her the way she wants and that he is in his imagination practically undressing and having sex with Adrien right in front of her in the room. 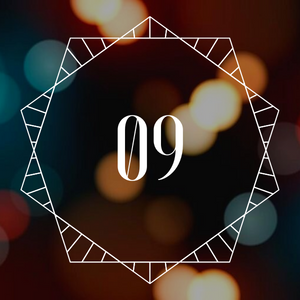