Two hours into the party and I can't find Preston. It's nearing one in the morning. Many people were already drunk or high off their horses. Kourtney disappeared after talking to some jock. Asher and Daniel had also disappeared and were most likely getting it on, so it was just me, Phoebe, and Joseph. The last time I checked, Preston went off somewhere with Marci and now, they still weren't back.

I couldn't help the way my chest squeezed and burned. What were they doing that was taking them so long? I didn't want to jump to conclusions, but the most logical one seemed to be that they were most likely hooking up somewhere. Why else would they be taking a long time?

I wouldn't push it past Marci to try anyways. A Halloween party was the perfect time to make her move — she didn't need me to help her. I squeezed my eyes shut, trying to rid the thoughts out of my head. I dipped my head back and chugged more of my drink. The more I thought about Preston and Marci together, dating, the more I wanted to drink and forget about it. To numb the feelings I felt.

I didn't want them to be together. Hell, I didn't want Preston to be with anyone else. Was it wrong of me to say that? I couldn't help it. These feelings for Preston were so strong and I didn't know what to do with them. They were so strong, that I got chest pain just thinking about him like I was going crazy.

I took another sip of my drink.

"Easy there Adrien — if you keep going at this rate you'll get pissed ass drunk," Phoebe said to me. I glanced to her with a frown, feeling the burn of alcohol seeping down my throat. It was already hitting me. I could feel the warmth in my head, pooling all the way down to my feet. My body felt loose and relaxed.

When I didn't say anything, Phoebe spoke again, looking concerned, "are you okay Adrien? I've never seen you drink so much."

"I'm fine," I lied, looking down at the drink in my hands. Phoebe's heels stepped into view. I felt her hand touch my shoulder, making me look back up at her. She was frowning at me.

I shook my head. Suddenly, tears burned my eyes and I couldn't stop them. My heart ached in my chest, thoughts of Preston and Marci burning my mind. I blamed the alcohol in my system for the sudden rush of emotions. They hit me like a hurricane, sweeping me off my feet and taking me under. No matter how many times I said I was fine, I really wasn't.

"Adrien??" Phoebe's eyes widened as hot tears started rolling down my cheeks. I quickly wiped at them but more kept coming, sliding down my face, dripping under my chin. Her brows pinched together in concern, and she quickly placed her hand on my back, rubbing circles, "oh hun, what's wrong? Please tell me."

"I like Preston," I admitted. She looked at me in surprise. A sob bubbled up my throat, and I couldn't hold it anymore. I started crying, "I-I don't know why I like him so much! A-and he's been gone with Marci for so long!"

I couldn't stop rambling. The confession just came out of me. I was unable to hold back my feelings.

Phoebe didn't say anything at first. She briefly looked over to Joseph, who had a frown on his face, before she turned back to me, "come on...let's go outside. Get some fresh air."

I nodded my head. The three of us pushed our way through the crowd, Joseph and Phoebe walking on either side of me as we headed to the front door. When we stepped outside, I let out a breath as a cool breeze touched my skin, Phoebe leading me down the front porch steps and onto the yard, just moving away from the party scene for privacy.

We stopped once we reached the side of the house. I leaned back against the wall, inhaling a deep breath as to stop crying, but it didn't work too well. Phoebe looking at me with a reassuring smile.

"So...what's this about liking Preston, hm?"

"It's not nothing," Joseph cut in, making me glance to him, "you're clearly upset. When did you start liking him?"

"I-I don't know. I feel like I have for a while but I just haven't noticed...? T-this past week...especially at the assembly, w-was when it really struck me."

"Okay...and why are you so upset right now?" Phoebe asked genuinely.

I released a heavy sigh, "Marci...had asked me earlier this week if I could be her wing-man. She wanted me to help her get with Preston because she likes him. And I just...I-I don't know. Preston went off with her somewhere and they still haven't come back so—"

"Okay," Phoebe cut me off before I could start rambling, and she turned to Joseph, "stay here with Adrien. I'm going to go find Preston and tell him to get his ass over here."

My eyes widened at her, panic rushing through me, "what?? N-no! Phoebe!"

"What?" Phoebe turned back to me, eyebrow raised, "quite frankly, I've had enough of this 'oh, what if he doesn't like me' shit. Now that I know you like him Preston needs to stop being a fucking wuss. So I'm going to get him."

Before I could say anything and stop her, Phoebe was making her way back inside the house, leaving me to slump back against the wall outside. 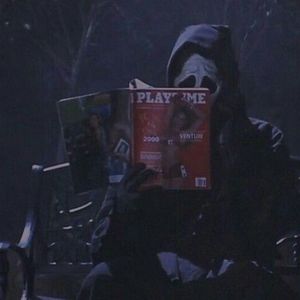 we all need a phoebe 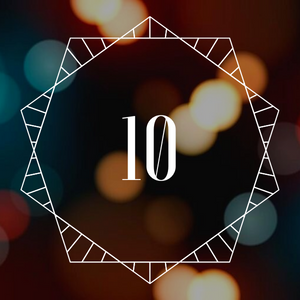