Transmigrated into a Noble's beaten son

"He is annoying but, HOOT."

Note was curious as to what Owly was going to say. The fact that the young owl stopped eating midway made them know somehow that his words would be more serious than usual.

Owly then with his gaze on all of them bit on another sweet and said,

"After accompanying him for a month and a half already---"

Biting some more making all of them wryly smile.

"I'm sure Naell would never do something that would harm himself or anyone without reason, Ho--- this is very good, HOOT!"

All of them kept straight faces as Owly’s words pierced their minds.

Somewhere along the way, each of them at one point had asked those things. Naell truly often portrayed himself as bad, yet he never did hurt anyone up until that incident.

"He's quite reasonable, except for when he’s lazy, HOOT."

For them, what Naell did could never be forgiven just by their doubts alone. More so, he never did say his reason, nor really apologize to them for his actions.

Still, they could never imagine Naell being as lazy as Owly described.

Yet they could tell that underneath that gluttonous stomach and cheeky personality, they were certain Owly was a good judge of character as they all thought,

'He is the son of Athena afterall…'

Note and Rizaul had decided to head to a different location and avoid Naell and Owly at that moment.

They were too embarrassed to even greet the two who looked unruly with their HOOTs and FUFUFUs.

After Naell and mostly Owly had finished eating, (feasting rather) they rested for some hours while drinking hot beverages.

Owly decided to leave Naell and head to the dormitory, as the mage would have to go to his class and take their 1st seasonal exam.

Exams in Esuela Dio sa de are held in the last week in the middle of the three seasons, as most of summer is every school’s season of rest.

Examinations would usually last for an entire week, with three exams at maximum being taken per day. Often most students would attempt to finish their first three asap, to leave more room for them to study in the week of their exams.

Upon entering, Naell had noticed that most of his classmates were already seated and studying. Even April, who was often absent in class like him was there.

Seated in the middle were Lesjon Star and his friends, who were all staring at him as he went to the back of the room’s corner.

"Is this seat taken?" Naell asked politely, as he noticed April’s gaze.

Her orange eyes that were nonchalantly looking at him looked to be annoyed. Nonetheless, she replied briefly and coldly,

Viola noticed Naell as well, but she was busy happily chatting with her classmates.

When Mony entered the classroom, Naell immediately felt the tense atmosphere, as if a lever had been pulled.

He wasn't at all surprised, as even in the novel, EDSD compared to other schools was way more advanced, making it a challenge for most students to pass the examinations.

For years, they’ve upheld their status as a nesting ground of not only strong martial artists and mages, but also capable scholars of immense knowledge.

As students of this prestigious school, the burden of expectations was certain to befall them. Sensing the uneasy atmosphere, Mony spoke in reassurance,

"Relax class, if you studied and reviewed, you will definitely pass."

Yet she then added on slightly annoyed, seeing how both her frequent absentees were not even paying attention.

“Besides, everything I’ve lectured is included in the exams.”

April had her looks of indifference from the moment she was born. School was not really important to her, yet she knew to continue her research, she needed to pass.

Having been her teammate in important quests, Mony knew of her as a competent mage, and as far as knowledge went, she was already far superior to most students.

Yet due to her boomer mage-like attitude, she was often left to her own devices, or de-vices as the professor would often think.

Mony was surprised as well when April heeded the request of Odino to enroll in Esuela Dio sa de.

'But she never attends class. What a troublesome girl.'

She had hoped and really thought the orange-eyed girl would become more open, yet what happened was far worse, as she became even more unsociable and private.

On the other hand, Naell Beryldot was calmer yet way more reclusive than the orange-eyed mage.

As their adviser, she often asked around (investigated) if her students were all well, and from what she had gathered, unlike April who had her friends at the guild, Naell seemed to have no one.

'Looks to me like he even avoids socializing with the young master of Genoja."

It wasn't really a secret that Casper and Naell were acquainted, yet the white-haired mage was often seen fleeing from the scene before they could even really have a proper conversation.

Little did Mony know, Casper still considered those interactions as proper conversations when it came to Naell, as he’d often say to Wendy with a smile,

"He was even like that in the past, just--- minus the irritated face."

Mony was certain that April would pass that exam, yet with Naell’s thorough complacency, it could prove to be difficult. Further, she recalled his past results on his entrance exam.

Of course, Mony knew Naell's scores were not that low, but compared to the other students, his was average at best.

'Considering he doesn't attend our classes, I think he’s in trouble.' She thought while accidentally having a mischievous smile form on her face.

"Well, then students, good luck to all of you." As she said that, papers began falling onto the students.

Out of nowhere an hourglass much larger than usual was [ poofed ] onto her table.

Finally, upon hearing her words and the simple clap of her hands, they all started answering the examination.

The sand falling from the hourglass’ top half was still rather plentiful when Naell managed to finish his first exam.

Upon looking, it seemed that all of his classmates were still answering and nowhere near done, yet before he could even look elsewhere, Mony noticed his eyes surveying his surroundings.

She smirked as she thought Naell had finally grown desperate, before asking the young mage with a hint of amusement,

"What seems to be the problem, Mr. Naell?"

Yet before her smirk could turn into a full grin, Naell with an embarrassed voice said,

None of them could hide their shock upon hearing him. Barely any time had even passed, yet he already claimed to have finished the exam.

He then stood up to hand over his paper and gave it to the bewildered Mony. He then asked as he was still confused on what to do next,

"Should I go back to my seat or wait outside?"

Upon hearing his words, Mony was tempted to look at the paper and see if Naell was just truly arrogant, or had lost his will and just passed his paper.

Still, she refrained from doing so, and instead replied with a smile hiding her surprise,

"Well you could take the other ones and go early after finishing it all, or you could go outside and revie----“

But before she could even finish speaking, Naell lit up at the words "go early", and without waiting asked for the second examination.

Mony could not even answer Naell's request and simply gave the next exams. His unfazed face and quick hands seemed to be answering the questions with ease.

Before the hourglass could even pour half of its sand, indicating the end of an hour, Naell had already finished all three examinations meant for that day.

He then went on early, humming from the happiness which was soon to be his bed, leaving all of them stupefied. 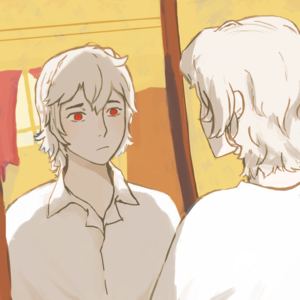 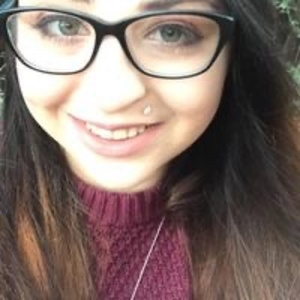 I love this series! You can count on me as a die hard fan. Thanks for sharing your gift for writing with the world! 🖤 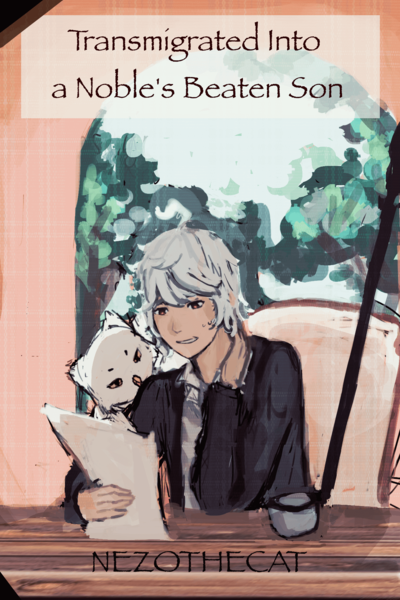 Transmigrated into a Noble's beaten son

I was a novel reader transferred to another world. I'm a minor villain, but my beating was already over.
With that my peaceful life awaits...
Subscribe 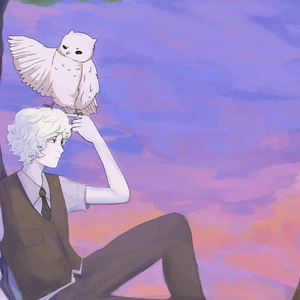