The Tale of Adelaide and Shadow

Farfadel was a land of peace and beauty. Around it, the lands of the Great Beings such as the Ice Queen and the Queen of the Mountains rose, isolating Farfadel from any real threats. Even the not so kind neighbors of Denerspell were often kept at bay by the floating marshes, the travelling hounds, and all the other ghouls of the night that travelled around Farfadel yet never within its borders. As such, Farfadelians grew happy. The lands bloomed with flowers that ripened into plump fruits of such sweetness and decadence -

“Enough!” barked a figure, picking up a pot and throwing it to the floor. The unfortunate flower pot smashed into an uncountable number of pieces, spreading out around the prince's pointy boots.

The history teacher quivered, hiding behind the days' lesson- a scroll about Farfadel. He was an elderly wizard type of man, what with his pointy grey beard and conical hat (which supposedly granted him the status of a wise one). He wore a deep blue robe, which is absolutely inconsequential to this story.

For this, my dear reader, was Denerspell. It was the land on the other side of the mountainous range where the ghouls roamed freely, the flowers bloomed timidly, and no plump and sweet fruits were found. The people subsisted off barley and turnips – and were fond of neither barley nor turnips. The castle here was dark and timidly poking up from the mountains as if it was afraid to exist. Taxes were harsh, laws were enforced temperamentally, and people were miserable. Altogether it was a dark land, a meager land, a resentful land that often spied on their happy neighbors with a grudging eye.

And none was more grudging than this prince.

This prince was the youngest prince in the long line of resentful and grudging Denerspellian nobilities. He, like all anxious and rebellious youth of the Denerspellian traits, had long and luxurious dark hair that framed his face and fell into a long cascade down his shoulders and back. He, as per the fashion for people with dark souls and evil intents, wore only red and black – quite fashionable amongst the nobility of Denerspell. His tunic had pointed shoulders (a true sign of evil!) and he was so cruel even his boots had pointy upturned curly toes – a fashion inspired by kicking things too much.

This baby was not at all content with being a daughter. In fact, one of Shadow's first statements was 'he' while pointing to himself.

No one was quite sure what he could have possibly meant. Shadow, whose previous name we shall not mention, grew and grew – and found many a vindictive and vicious and altogether un-virtuous ways to announce himself as being a 'man in process'.

He developed a terrible habit of stamping his feet. He threw things. He shouted at anyone who called him 'princess' or 'damsel'.

Altogether, it was such a fuss that everyone decided it would just be easier to give him pants and send him off to the priests to be declared a boy.

Well, to the dismay of all, that did not heal his bad temper. Now instead of seething angrily he smirked cruelly! Now he would plot dastardly plans instead of ripping up his dresses! Now- he had a sword instead of a spindle to whack at servants with!

Now, on this very day he was no longer a child and just about an adult in the eyes of the law. He had no lady loves, on account of his bad temper, and he was known to be quite good at his studies and agile with a sword (and with flower pots, too). He was pale of skin and rather normal of height, and had angry brown eyes.

On this day, with a haughty flair and a stomp of his rather small feet (but don't tell him that!) he marched off into the royal throne hall. There, his dozens upon dozens of brothers were sitting and doing adult things, such as playing dice and talking about economics (the second of which the nobles knew very little of, but pretended that they knew aplenty). The King and Queen of Denerspell sat at the head of the hall with their advisers, hearing stories about wilted flowers, hordes of hungry wasps, and even groggily nodding about the latest plague of rampaging minotaurs.

The prince banged the doors open. The hall looked up, all dressed in appropriately somber colors and with dark and anxious hair styles. And, no one tell the prince this, but they all heaved a silent groan of dismay. They were all rather hoping the prince's education would keep him away from them during the day during this season. After all, it was terrible enough they saw him for supper and around the jousting stables – now they had to see him during dice, ahem, economics time?

But the prince crossed his arms, setting his long and rather dainty fingers across his arms. He lifted his chin, and he looked the hall over with a nasty glimmer to his eye. “I want an army,” he announced.

“That's your son,” the Queen murmured to the King while rolling her eyes. They were seated at the head of the tables, surveying the mess. “Always wanting bigger toys.”

The prince stamped his foot and looked around for a pot to smash. None was available, for he had already smashed them all. “I demand we do something! I will no longer sit by while Farfadel flourishes and we-” he struggled for a word to encompass this dice-playing, miserable, no-fruit existence. “Eat turnips!” he announced as if it was the equivalent of sleeping in a bed of thistles. The hall shuddered in agreement. They really did not like turnips. Nor barley, for that matter. But turnips were a special shade of evil. You would know, if you’d ever eaten a turnip.

The King gestured with a sigh. “So you want to steal some of their food?”

Well, yes, the prince desperately wanted some good Farfadelian fruit, and perhaps some of their coveted pastries. But he, like all the proud members of this room, was too obnoxious to just admit that and be done with it. No, he had to be better than that! Trade deals and missives were beneath them! That was the language of the sensible poor, not the haughty nobles!

“Of course not!” he announced with a proud toss of the head, which made his long and very beautiful hair shimmer in the light. “I want to go on an invasion!”

The King rolled his eyes to the Queen. “That's your son,” he groaned.

“He's an adult now,” the Queen sniffed, wiping at a tear. “Already wanting to invade.”

The King rolled his eyes now, tired that every child of his had to lead the army away on some ego-inflating mission whenever they wanted to prove themselves. Really, all it meant was that in a few months the King would have to pay a lot of money to healers specialized in Marsh warts and Mosquito Flu – because most of the times the army couldn't even reach Farfadel through the mountains without falling ill or, quite literally, falling apart due to bad leadership.

In this way, the Farfadelians hardly experienced less than one-tenth of every invasion that was waged against them. Innocent as could be, the Farfadelians often assumed (and rather correctly so) that these haggard and half-defeated soldiers that did reach them were beggars searching rather aggressively for food. Considering that it was only the right thing to do, the Farfadelians gladly opened their larders and gave these 'poor, bumbling, idiots' their best and sweetest of foods. This had the result of giving them too much sugar and nutrients which they were wholly unaccustomed to, but which was so delicious they could not stop themselves from eating. The gastrointestinal problems were enough to end most of these conquests and send the haggard and diarrhea-prone army back home for good.

Thinking back on these 'conquests', most of the princes in the hall clenched their buttocks and groaned. “Please, no more,” their stomachs wailed. “Never again.”

The King, who was far too old and lazy to go on every one of his children's conquests, merely nodded and considered this fresh conquest decision typical. “Yes, yes, do as you please,” he said, waving in dismissal. It would give the army some exercise, he figured. That, and at worst it would feed the mosquitoes. At least the giant mosquitoes wouldn’t be bothering about poor crops.

The Queen, who also was too ancient and lazy to bother going on any conquest, wiped another crocodile tear away and nodded sweetly to her darling baby. “You'll do just great,” she said sweetly as if this was another jousting trial he had to mark up.

Enter, dear reader, the gentle world of Farfadel - or not? First, we shall detour to Denerspell, where sour things are afoot! 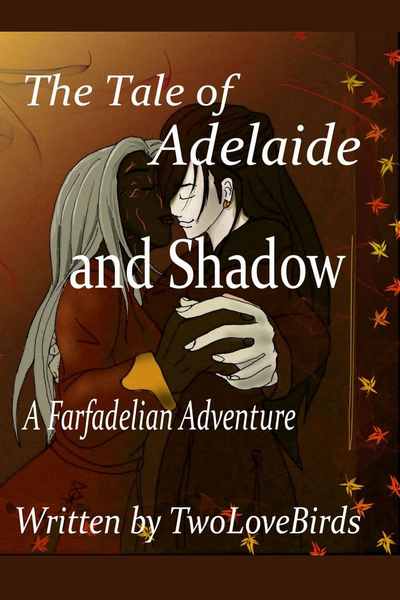 The Tale of Adelaide and Shadow

A frog King who upturns the kingdom, a determined princess and a Shadowy prince... Enter, dear reader, a lovely fairy tale that will charm you with just a touch of romance, love, and magical humor. A delightful fairy tale that turns the 'princess and the frog' tale on its head.
Subscribe 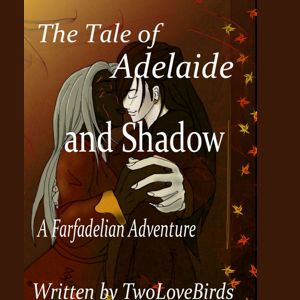