This is not a story of tragedy. The story may start with it, but it is not its main focus. This is a story of humanity’s determination to survive and prosper against the endless challenges hurdled at it. A story of the despair that a civilization encounters, and its response to it. This is the story of a species that is given a chance to start over, or give up…

The result of the Space wars of the '30s had changed the world. As with all wars, the only victor was death. But this one was so expensive for every party involved, that none could rebuild back their military nor country. This forced the world into a treaty making human space travel illegal. It was followed by a period of peace and prosperity; not economically, but socially. But as peace came, so did other problems. Soon, people started rumoring about an impending apocalypse.

As problems stemming from overpopulation caught up to age, certain groups of people started discussing how these problems would pile up into one huge mess we wouldn't be able to solve. This would apparently lead to an apocalypse that would result in a great number of deaths. At first, no one paid attention to these people, but over time, their number rapidly grew. Conspiracy theory became fact. It was a serious matter that was discussed by scientists. The mania around this event reached a point where one couldn't find a news source that wasn't discussing it at least once a week. Scientists were brought in on television programs to debate about possible dates for this seemingly inevitable event. The apocalypse became a field of study. An industry. Everyone wanted to be right, so much so that it felt as if they wanted the apocalypse to occur. And what would happen if or once they were right? Would they feel satisfied then? Or terrified…?

"...According to recent estimates, the human population has reached 15.51 billion people. This obviously will lead to some severe repercussions, as everyone is talking about. So tonight, we will have psychologist Professor David Murray and environmental scientist Dr. Sandra Evans discuss their proposal for the date of The Apocalypse. Be sure not to miss it…"

Drake turned off the television. It felt like the news was always broadcasting depressing content. All this rambling about an Apocalypse. Everyone worried about the bleak-looking future. Drake preferred to just focus on the present.

He was living a relatively happy life in a town with his mother. His father occasionally came back from his trips across the country that his job demanded. They were all nevertheless close.

Drake stepped outside his home, which was at the edge of town. He looked at the clear sky. It was the evening of May 5th, 2151. He had drudged through another boring day at school and was now waiting for his mother to come home. The Vandigg family lived in the town of Beil. The location was a compromise between Drake's father, who liked the peace and quiet after coming back from work in a city, and his mother, who liked the liveliness of a city.

Watching the evening sky, Drake knew that there was tons of space debris orbiting the Earth, accumulated during the Space Wars, when many space vehicles were destroyed. Any piece could fall down from the sky at any moment, but people didn't care. They subconsciously didn’t believe it because they couldn't physically see the danger. Drake stared intently, almost daring the sky to hurl something towards him. But nothing happened.

He was often bored and wanted something interesting to happen. Sometimes, he would imagine unrealistic scenarios happening, and his mind would drift into thought with the never-ending possibilities of life. Yet when reality faced him, an ordinary life was what he returned to. Nevertheless, he still hoped that someday, his fantasy would play out.

A crow landed on his porch in front of him. It stared at him intently. “Shoo,” Drake waved his hand at it. It didn’t budge.

Is it just me, Drake thought, Or have birds evolved to stop seeing humans as a threat?

It was obviously an exaggeration, but the truth was that they had such great courage to be near creatures much larger than them with no care in their mind. Drake ran at it while intentionally stomping loudly on the wooden boards. It flew away hurriedly, confirming to Drake the logically obvious fact that it did still have its natural instinct of fear.

Drake sighed. I guess that’s about as interesting as my life gets…

A bit of time later, Drake's mother returned from work, and the two went inside the house. At the dinner table, Drake’s mother brought up the topic of Drake skipping school again recently. He tried to avoid the topic as usual, but when she pressed on, he had to give a response.

“Well, I don’t really see a point to it. There’s nothing there that I’m interested in…”

“Even so, it will be important for your future.” She was determined to secure her son’s life.

“Mom, have you seen the news? The predictions for the apocalypse are getting closer and closer to the present.”

“You’re saying that just because you think that everyone will die soon, that you don’t need to work?”

“There is no guarantee that that will happen within your lifetime. Even if it does, we will survive. Who knows what will happen. For all we know, we may end up in that government sanctuary everyone’s rumoring about.”

“Only the rich will survive, with their shelters. Project Ark is just a rumor. Speaking of which," Drake tried to change the subject, "we should probably prepare for the Apocalypse ourselves. It is a better use of time.”

“That’s besides the point. Everyone is going to die at some point. It’s what we do during our lifetime that matters,” the mood suddenly got existential.

“I’ll be able to get some work and get by before the apocalypse. Going to school isn’t worth it to me. I’m better off like this.”

“Okay. Let's say you can get by. You say you’re better off like this. You don’t seem very happy right now to me.” She got him. It was true. He found everything about everyday life boring. His mother, of course, saw it. “At least at school, you can explore hobbies and learn life skills. I know you well. You’re usually all lazy and get distracted easily, but when you find an interest, or set a goal for yourself, you diligently work towards it.” A mother carefully observes her child from infancy. This was one of the things Drake’s mother noticed about him as he grew up under her watchful eye.

Drake didn’t know himself well enough to know whether this was true. He paid no mind to it, dismissing it as a mother’s inflated sense of pride in her son. Even if it was true, he was too lazy to find any interests, and they would become boring in no time. But Drake didn’t bring this up. He didn’t want to argue further.

He found an excuse and left the dinner table. When she heard the bedroom door closing upstairs, his mother, Emma, sighed. “I don’t know what to do with him. When are you coming back, Bill?” Drake’s father would go away on business trips often. The one he was on currently was secretive, and he couldn’t say anything about it. But even he didn’t know when he’d be back from it. The only communication the two got from him was the occasional call, that too over voice. Despite Emma’s hopes, she knew that he wouldn’t be able to help with the situation even if he was home. He was undeniably quite liberal with his parenting, self-evident from the way Drake turned out.

Later that night, Drake stood in his bedroom, looking out his window. He wasn’t too tall, about 5’6’’. But then again, he was at a growing age, at 16 years old. In most other respects, he was your average teenager. Black hair, dark brown eyes, a lazy yet sometimes adventurous personality. He wasn’t too rebellious, save for occasionally skipping school. He was an average person, he felt like one too. He was nothing special, so how could he distinguish himself? What did he want to become in life and how could he become it? Drake sat down on his nearby bed to contemplate. He put his cheek on the windowsill and looked up at the dark, night-time sky.

He clutched his necklace. It was a birthday present from his father. His parents always told him he wasn’t just ordinary. His father had told him that there was always something out there in the universe that he could become. He just had to change his attitude. Look for some goal. When you find it, work hard and achieve it. You’ll be happy. Every time, Drake would think: Is there really something that will change my life like that? He didn’t want to search, fearing it would all be a waste of time and no such seemingly life-changing interest exists. Maybe it was all wishful thinking; he didn’t see the ideal in reality.

Drake's eyes moved drearily across the stars above. Maybe if something interesting happened, he would think differently. Right now, everything was too boring to expect a drastic change, but it was the time to want one. Drake paused from his thoughts. There was something different about the sky tonight. Could it be his imagination again, saving him from boredom?

A small bright dot appeared in the sky. It slowly got bigger and bigger.

It's a good beginning with nice setup. 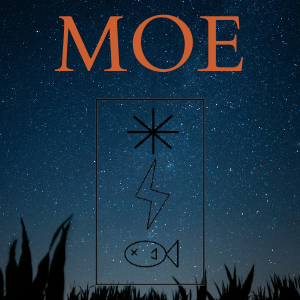