The great Syakara – a race blessed with the strength of ten, maybe twenty of their ungifted peers, and speed enough their limbs blurred – locked in fierce battle. A beautiful sight to behold.

The battle between Jonas of Quaver and Karlani of Wherever was not fierce, but no less beautiful in its way. Llew found some delight in militarily trained Jonas beating down street learned Karlani. But she found it damned near repulsive to watch the father of her unborn child leading the other woman in slowed break downs of the moves he’d successfully used against her. They moved together like dancers, then. Like lovers, if Karlani had her way – or just about anyone else’s way, if one were to ask around. And, from a distance, it was often hard to tell which way Jonas was inclined to go.

It made sense. The only two Syakara known to exist should be together; should . . . procreate.

It made sense, even to Llew. The continued existence of an entire race was more important than the feelings of one young woman.

But it hurt. In an almost physical way, as if an invisible hand reached from Jonas to Llew, wrapped around her heart. And every time he shared a smile or a laugh with Karlani, that hand squeezed and tugged.

Jonas invited the Syakaran woman to use a move he’d just taught her against him. Karlani gave him little respite before taking him up on the offer, tumbling past him to throw him off balance before returning to attempt the move. Of course, Jonas had a counter move prepared her feint failed to weaken, and Karlani went tumbling again with less grace this time. The gathered audience chuckled and clapped. So far from Quaver, where the Karan race originated, the attendants of Lord Gaemil Tovias’s court in Rakun, Brurun, appreciated the chance to see the two Syakara in action. For them, watching these two physically superior specimens was nothing short of stunning. For Llew, as the pair came together for Jonas to show Karlani how he’d defeated her once again, it was pain, and she turned her back.

As a child of the streets of Cheer, on the island nation of Aghacia, Llew hadn’t had time for deep friendships, and certainly not lovers. The one friend she’d allowed close had betrayed her, sending her to the gallows.

But she’d survived. Not initially, no. No one survived a broken neck and suffocation. But Llew, herself, was a rare breed. One of only two Syaenuks known of. The other was her mother, whom she hadn’t seen in some fourteen years, now held captive in Turhmos, somewhere.

While the Karan race had superior speed and strength of muscle, the Aenuk race could heal – themselves and others – at an advanced rate. But it came at a price many could not tolerate. Life’s essence couldn’t just be created, it had to come from somewhere: the surrounding vegetation, an animal, or another person. Most Aenuks could only heal non-mortal wounds, while a death blow was still that. But, as the Syakaran was to the Karan, the Syaenuk exceeded the abilities of their Aenuk brethren. Syaenuks could come back from death.

Llew had died about four times now, which meant that she had killed. Mostly plants and insects, and a few carrion birds. But there had also been the girl playing in the grass over a hill from where Jonas had placed Llew to recover. Neither of them had known, and they both carried the guilt.

She’d killed her own father, too. That burden Llew carried alone. She hadn’t even been dead, had simply carried a small self-inflicted wound from Jonas’s knife. Such a knife caused wounds an Aenuk could not heal supernaturally from, not even a Syaenuk. And through the lightest of touches, Llew had drained her father’s life as they slept.

Given that the ability to heal, albeit significantly slower, was innate to all, many felt that the give-and-take nature of Aenuk magic wasn’t worth it. And Llew was inclined to agree. She’d even asked Jonas to take her life once.

The leaders of Turhmos didn’t feel that way. They boosted their armies with Aenuks, able to maim and kill their opponents as they healed themselves and carried on fighting. And they had no need for army medics.

All known Aenuks belonged to Turhmos. All except Llew, whom the rest of the world had been unaware of until recently, when she so publicly survived a hanging.

Beyond surviving, Llew had made friends. On the run after her execution, she had been lucky enough to meet not only Jonas but the cousins Alvaro and Cassidy, and Jonas’s captain Aris – though she hesitated to call him friend. She had also met Anya, a well-to-do socialite of Cheer’s – rather minuscule – upper class. From Cheer’s streets, Llew hadn’t expected to find anything in common with the other girl. But as impossible as it had at first seemed, a bond had formed between them.

Llew left the training pit, a silent guard her shadow, to visit Cassidy now. His cold body, laid out on the cold stone platform in the cold stone crypt, was never too busy to hear Llew’s concerns. Her guard waited outside, allowing her discretion.

She always started with the apologies. Sorry I didn’t wake in the night to check on you. Sorry I couldn’t heal you fully in the first place. But she’d been trying to keep what damage she did to the landscape minimal at the time. Sorry we stopped for the night. We should have kept going.

She offloaded her concerns about Jonas and Karlani, and her frustrations at being so dependent on Jonas to protect her. Now the world knew she existed, several elements would want her; want her or want her dead. Jonas had the power to protect her. But only if Aris let him, and Aris was ensuring Jonas kept busy elsewhere.

Feeling little better, she left the crypt, crossed the cobbled courtyard – shadowed again – and took the low, sweeping staircase up to the mansion’s main entrance. Nearly twice as tall as Llew and framed in heavy, dark-stained wood, the glass in the doors was of a quality Llew had seen nowhere else. There was barely a ripple in it. One of the uniformed guards swung a door open for her. It always awed Llew to see such heavy doors pivot so silently and smoothly on their hinges.

Inside, the solid stone walls and high ceilings were at once both comforting and cold. The solid structure gave her a sense of safety she needed now, but the hardness and straight edges left her hankering for her Spot on the shore of Cheer’s Big River, where rounded stones shifted under her feet and tussocks bowed out of her path when she made her way for her daily swim. But she was a long way from the streets of Cheer, and as much as she may have wished to return, she couldn’t deny she had landed on her feet. The hallways of marble floors and heavily decorated walls were a shrine to money.

Immense paintings dressed the corridor walls. Men peered down at her from gilded frames. In most, they were merely a head and shoulders, looking upon those below with disdain. Some were full-length portraits of one man or another standing proudly beside a prized horse, often wielding a sword, and wearing a heavily medaled uniform. Occasionally, a proud man might stand behind a chair, with a woman cradling a baby seated upon it.

She eased her grumbling belly with a snack from the kitchens before heading out again to visit her horse, Amico, in one of the estate’s large corrals, and then spent the rest of the afternoon reading, or simply staring into space. Jonas was being kept busy, and Anya had a whole new life to settle into, what with learning her duties as the future wife to Lord Tovias. She had a new city, region, and country to get her head around. All so much bigger than the rustic Cheer she and Llew had recently departed.

The following morning at breakfast, Llew’s thoughts, as was often the case these days, turned inward, silently probing the baby, asking if it was alright, if it thought it could have a happy life with her. No one noticed. She never seemed able to get a seat close to her friends, and none of Lord Tovias’s guests seemed interested in getting to know her. She was afraid if they did talk to her, all she could talk about was this baby she knew nothing about anyway, as it seemed to have hijacked most of her thoughts. But neither she nor Jonas were ready for others to know.

Jonas stood by the doorway as she went to leave and tugged her sleeve to move her from the thoroughfare.

‘Hello to you, too. Don’t tell me what to do.’ They’d hardly spoken in days, and he started with a demand?

‘Sorry, I know. I’m workin’ on it. Some time.’ His resident scowl settled in place. ‘You got Syakaran strength and speed, now, so you got Syakaran needs. That means more food. Okay?’

As much as she wanted to remain indignant, Llew conceded. ‘Alright. I’ll try to eat more.’

‘Jonas.’ Aris stated flatly from outside.

‘I gotta go.’ At least he looked disappointed.

‘Yeah.’ Llew did her best to smile. She appreciated that he’d made the effort to speak to her.

‘I’ll see you later.’ He placed a hand on her shoulder as he moved around her and through the door.

A lot of their conversations went like this now. Stilted. Stunted.

Llew wasn’t blameless in this. After being abducted and used by Jonas’s half-brother Braph as a substitute for her mother, whom Braph would claim to love, Llew sometimes struggled not to see glimpses of Braph in some of Jonas’s expressions. And when that happened, she shut down. Sometimes it was easier if they didn’t bother, if only doing so didn’t hurt her heart so much.

Hisham, Jonas’s best friend and fellow Quaven, gave her shoulder a squeeze as he left, somewhat unexpectedly, since Hisham still didn’t like Aenuks. And Llew was, once again, left with the urge to speak with Cassidy. 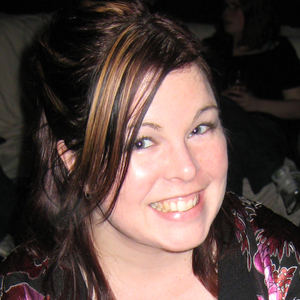 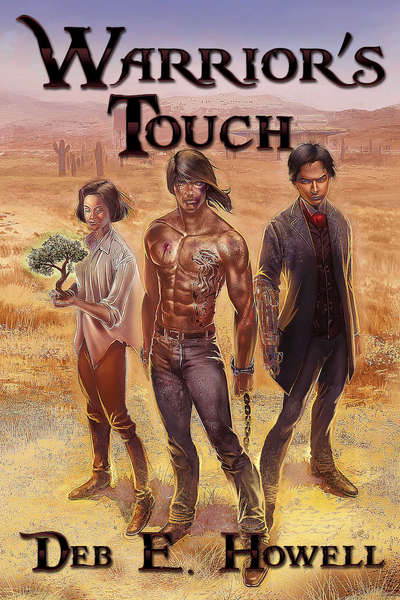 Once upon a time, the last Immortal lost his powers to an Aenuk Healer and her tree. Nine hundred years later, he learns that an Immortal child is going to be born, and with it, the chance to regain his lost magic . . .

The Kara and Aenuk races have been enemies for centuries, but for Llew and Jonas, love won out. Now Llew faces an uncertain future: one nation wants her to breed their future army, and the other wants her dead. Her Healing talent also means she is feared - and the child she carries makes her a target.

Jonas has returned to his people, but he is torn. The woman he loves is being kept away from him, his superiors want him to carry on his bloodline with an appropriate mate, and he's being expected to fit back into a role he doesn't want. He is meant to be a hero, but the only champion he wants to be is Llew's and their child - a child who might change everything.

But for their enemy to regain his powers, Llew’s child must die; and in order for him to retain them, every Aenuk must be destroyed.