Cold droplets of rain hit my face, amber lights glow and I beg for the darkness to envelop me. My heart is beating fast and I’m afraid.  I hear footsteps echo around as my fear escalates. I look down to see my left hand covered in blood as it cradles my right side. I dive down a street in hopes of losing them only to realize it is a dead end. The footsteps reach me and I hear an unrecognizable chatter.  I’m frozen in fear, too afraid to turn around. Something grabs me from behind and if feels like my heart will explode. I drop to my knees. I am too afraid to turn around.

I realize that I’m holding something in my hand. Cold smooth metal and cylindrical in shape, I rotate it in my hand. I think it is important.

No. I know it is important.

There are more footsteps and yelling behind me. I fall forward and grip the cylinder tightly underneath my chest. Tears are running down my face and I am so afraid. I am kicked repeatedly, and I’m forced to roll to my back still clutching the object. A dark mass approaches me but my vision blurs. They try to pry the object from my fingers, but I pull whatever strength I have left to rise to my feet and run. Something hits me on the back of my head, and I come crashing to the ground. I look down to see my reflection in a puddle but droplets of rain and blood distort my image. I try to stabilize myself and stand but I am hit again and again. My body collapses onto the hard wet surface. I can’t move. I can’t do anything. I feel the object being pulled from my fingers, but I have no strength left to fight. My hand falls limply to the ground. I hear talking and loud sounds as pain emanates from every part of my body. Then slowly I lose consciousness.

Jax struggles to open his eyes but they feel so heavy. His back is cold and hurts against the metallic surface. He hears a beeping noise and laughing. There is a heavy weight on his chest and it’s hard to breathe. Panic forces his eyes open. He reaches his hands to his chest and feels something soft. One shining green orb appears in his sight and he feels the vibrations of a purr. He is relieved that it is just Nix, but why is he on top of him? Jax begins to make sense of what is happening as he hears laughter next to him. He is in the lab and Bren and Sina are playing an obnoxiously noisy game. Then he realizes he is on Fuchsia's table and freaks.  “Oh my god!” He sits up quickly and Nix leaps off him angrily hissing.

Jax is livid he yells “Of all the places you could have put me, why did you choose her fucking table?” He may never forgive them for this!

His head throbs and he wants to go home.

For the last seven months, Jax hasn’t questioned Fuschia’s profession and their jobs. He kept telling himself that the people on their lists were monsters (a mix of killers, and other unforgivable crimes). He tried to blissfully ignore the possibility that what they were doing was wrong.

His mind filled with so many questions and fears. What if he was responsible for the death of an innocent person? How could he continue to live knowing that?

Jax was holding his breath, as his thoughts began to take over. He looked like he was going to pass out. He felt a hot breath on his ear as the words “Breathe” were whispered. His hair stood up on his neck and goosebumps erupted across every part of his body. He rolled off the table gasping for air.

Bren helps Jax up as Sina disapprovingly pokes Fushia in the arm. She giggles uncontrollably.

Jax embarrassingly looks at Fuschia and then hides his head in his hands.

Fuchsia gets a serious look on her face and says “Hun you need to take the rest of the day off.  Maybe tomorrow too” She tells Bren that she and Sina have some matters to take care of so he can leave early. She suggests that he walk Jax home.

Jax nervously twists his fingers together as he sits waiting for their conversation to end. Considering how this morning has gone he is thankful that she told him to leave. It will also give him time to reflect on the dream that he had while he was knocked out.  The dream felt more like a memory and that left him distressed.

Bren and Jax leave the lab and head out together.

Jax’s thoughts overwhelmed him on their walk. Several times Bren had to pull him out of the road.

Jax tries to figure out how he can talk to Bren. There were so many things on his mind lately, and as much he hates to admit it the people he works with are all he has in this world. Although, Jax believes that it might be that way for them as well. Bren is extremely loyal to Fuchsia and Sina but he doesn’t know how Bren feels about him.

Bren reaches out and ruffles Jax’s hair and asks what he is thinking about. He turns away and gives no response, so Bren asks if he wants to get food before heading home. He nods yes thinking it might be a good time to talk.

Bren leads him to a small pub. Jax rarely eats out so he feels a little uncomfortable. He usually eats instant ramen, that is if the mice haven’t gotten to it first. Sometimes he forgets to eat until someone reminds him when they hear his stomach growling. This might be a side effect of the accident or the surgery.

A quick scan of the room reveals that Bren and Jax are the only people in the pub, which makes them feel better. Bren explains that the pub doesn’t get busy until night when the drinking crowd are more likely to be out.

They have a seat at the bar and Bren starts a conversation with the bartender. The pub seems old fashioned and lacks modern technology. It is small, not very well lit and the tables sit close to each other, yet the atmosphere is warm and comfortable. There is a chalkboard menu that lists the food of the day. Jax attention focuses on a wall of alcohol. The wall has lights illuminating the alcohol like jewels in a treasure chest. Each bottle sparkles like a priceless gem on display. Jax considers for a moment that a drink might help him feel better after the day he has had. Then the dream shoves itself back into his mind and he forgets he is in the pub. 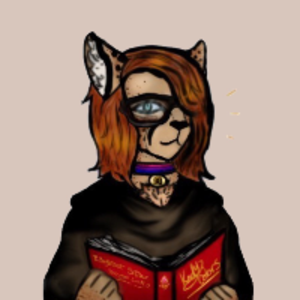 Such an interesting dream, or memory. Leaves me with so many questions that I can’t wait to read about. What was in his hand? Why was he protecting it with his life? So many… love it. 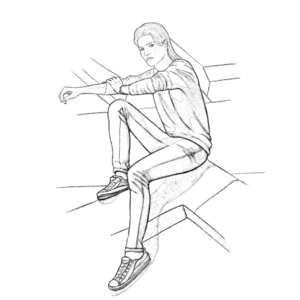