Bren takes a couple of bites of his burger hoping that Jax will do the same. He looks over and sees Jax wrinkling his nose at the burger that is near his mouth. He lays the burger back down and reaches for a fry instead. Bren sighs and takes a sip of his next round of whisky. Jerry walks by and asks Jax if his food is ok.

The old man probably saw Jax’s reaction to the smell. Jax responds “It is delicious” as he takes a huge bite of the burger. Jerry smiles and walks away. Bren looks back to see Jax looking like he is going to hurl. A laugh escapes his mouth as he sees Jax jump up and run for the restroom. “Crazy kid, why would he do something like that.”

He looks to make sure Jerry is nowhere in sight and disposes of the burger in the nearby bar trash can. A metal basket sits in the middle of the bar overflowing with packs of crackers. He fills a jacket pocket full. Jax could eat some of these later if he feels like it.

Jax stands in the stall with his back pressed up against the door. His throat burns from his stupid mistake and now he has a horrible taste in his mouth. He leaves the stall and heads for the sink.

Jax splashes cool water on his face and looks in the mirror. He becomes transfixed on the water running down his face. Things start to blur and then everything goes dark and he feels cold. He can feel something wet running down his face, he looks at the ground in front of him. A puddle reflecting amber light and swirls of water and blood. His reflection is just a blur. He is filled with fear as he hears someone behind him.

Bren enters the bathroom and finds Jax huddled in the corner holding his head. He calls his name as he moves closer to Jax. Jax continues to tremble and won’t look at him. He sits down near Jax and tries to talk to him calmly; he reaches out to touch his arm and Jax swats him away. They make eye contact and Jax realizes that he is on the bathroom floor and looks confused and terrified at the same time.

Bren helps him up and asks him if he feels like walking home. Jax nods and reaches out for Bren. Bren can see the worry in Jax’s eyes and he says “ I’m going to walk you home.”.

The walk home was quiet. Clouds had begun to move in and it looked like it might rain. When they arrived at the apartment Bren had to ask Jax for his key card. The poor man looked disoriented, he pulled his wallet out and handed it to Bren. Bren got the door open and flipped the light on. The apartment was tiny, dimly lit and old. Jax went for his couch and grabbed a pillow, hugging it to his chest. Bren went to the kitchen to get Jax water. He opened up what appeared to be mostly empty cabinets. Finally he found a couple of glasses and plates in a cabinet closest to the sink. Jax looked a little calmer when he got back and took the glass. He had taken his shoes off and had his legs pulled up against his chest.

Bren wanted to ask questions to know what had happened to Jax in the bathroom but he was also afraid it would trigger another episode. He instead scooted several packs of crackers across the coffee table in hopes that Jax would eat something. The man sat down on the couch beside Jax. He needed to message Fuchsia and let her know what was going on but didn’t want Jax to see him doing it.  The apartment started to get darker as the natural light was diminishing. Raindrops started to hit the windows and Jax jumped when he heard it. It was going to be a long night. Bren messed with his coat pocket while searching for his pack of Kretek. He wondered if he could escape outside for a smoke and to message Fuschia.

He stood up and adjusted his jacket pulling the pack out. “I’m going for a smoke. Eat some crackers, please!” Jax nodded and reached for a pack of crackers as Bren walked outside. Luckily there was a large enough overhang that he didn’t get too wet. He pulled his phone out and messaged Fuchsia about the situation. She messaged him back quickly and begged him not to leave Jax. Which he had already planned on staying the night. She also said she and Sina would come by in the morning to talk.

He was finishing his smoke when there was a large flash of lightning followed by an enormous rumble of thunder. The sound that came from the apartment was more startling as he heard glass break. He opened the door quickly to see Jax holding his ears. Jax saw Bren and stood up, instantly regretting his actions but continuing to move quickly in the direction of the bedroom. Bren went tearing after him,  grabbing him. Immobilizing him and yelling at him “What the hell are you doing? Look at your feet! You are bleeding everywhere!” Jax looked down and then back at Bren, he pushed him away as he walked into the bedroom.

Bren stood for a moment just staring at Jax as he tore apart his bedroom looking for something. He decided to go look for a first aid kit. He finally found one under the bathroom sink. As he was about to leave the bathroom he noticed a small bottle on the counter. He picked it up and held it up to the light, he could see blue pills. He tucked them in his pocket and left the bathroom. Jax was sitting on his bed holding his ears again. The thunder continued to rumble outside.

He told Jax to put his feet up while he got a towel to clean his feet. When he came back to the bedroom Jax was sitting in the same position as when he left. Bren was trying to not get upset with Jax. He knelt on the floor in front of Jax and calmly said “You need to listen to me. I’m going to get your feet bandaged and then we are going to talk.”

Jax trembled as it continued to storm outside. He sat with his ears covered and his eyes squeezed shut the entire time Bren worked on his feet. Bren left the room to clean up the broken glass, water and blood. When he returned he tapped Jax on the shoulder. Jax opened his eyes and looked at Bren. Bren gently pulled Jax’s arm down and asked what was going on. Jax said “I have lost them”.

“What have you lost?” Bren asked

He squeezed the bottle in his pocket knowing that what he holds is more than likely what he has lost. He asks Jax to describe it to him. Jax starts to speak but then bites his lip and looks away. Lightning flashes and he flinches and closes his eyes again.

Bren sighs and then pulls the pills from his pocket and holds it out. He asks Jax if this is what he is looking for. Jax leaps forward and dives for the pills. Bren pulls them back as Jax lands against his chest. He sits there unmoving for a minute, too exhausted to move.

Bren says “Tell me what these pills are and why I should give them to you.”

Jax pulls back and looks at Bren. “ I have to have them! Isn’t that enough for you to know!”

Another rumble of thunder and lightning ensues and Jax throws himself back and grabs his pillow in frustration!

“Why are you doing this!” Jax says.

“Because I care!” Bren responds.

Jax uncovers his head and presses his hands distressingly to his eyes. A few stray tears escape his eyes and travel down his cheeks. “Three years ago doctors put me on a drug; Blue Cryo. Their intention was to wean me off of it after I recovered or learned to manage my uh…. condition”. They were unsuccessful and when they released me from their care I had a serious addiction to the stuff. I don’t like having to take it but I don’t have a choice.”

Bren slowly got up and walked to the kitchen. He brought back another glass of water. He jokingly said don’t break this one as he handed it to him. He asked how many pills Jax needed and Jax held up two then three fingers.

“Are you sure?” Bren replied.

Jax nodded and held his hand out. Bren shook three pills into his hand. Jax took the pills and sat back.

Bren tried to talk to Jax about something, anything that could lighten the heaviness of the room. In less than 30 minutes Jax started to zone out and his eyes looked like glass. His breathing increased as well. Bren tried to lay Jax back in hopes he would rest, but his eyes remained open for a while. They danced back and forth like he was watching something but never spoke. Jax was calm and seemingly disconnected with the outside world so Bren turned the light off in the bedroom and laid down on the other side of the bed. He eventually fell asleep to the rhythmical sound of the rain hitting the window. 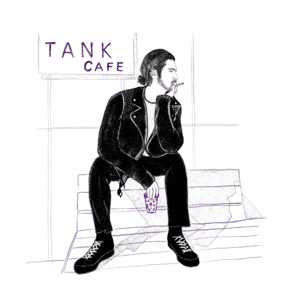