Fuchsia stays silent for a while as she tries to collect her thoughts and emotions. “News of our research had spread somehow and some wealthy investors had contacted Dr. Collins. They had been pressing him about setting up a meeting to discuss the future of our research. Dr. Collins had been ignoring their persistent requests and finally a group of them showed up at our lab. Jax and I were both around when they came. “Dr. Collins rarely got upset, it just wasn’t in his nature. Despite how he felt about the situation and the investors he allowed them to explain what their intentions were. They wanted Dr. Collins to work for them and they wanted to basically capitalize on our research. Dr. Collins became agitated and began yelling. He told them that he would never allow our research to be used for unethical purposes like they had planned. He then asked them to leave and never return. Jax and I were hiding in the nearby lab listening and we overheard one of the investors threaten Dr. Collins. They told him that they would get ahold of the research one way or another. The threat pressed heavy on my mind and I could tell it was bothering Dr. Collins as well, these men seemed ruthless. “Dr. Collins had finally contacted the police for advice. Over the next couple of weeks, we had visits from several government agents. They had advised Dr. Collins, and the remaining research team members to go into a sort of protection program. Some of the research team had begun to get nervous as Dr. Collins expressed his concerns over the matter. We knew it was just a matter of time before we were found out and it would most likely lead to imprisonment for us all. The team slowly started to break up and many of them took their research with them. “Dr. Collins met again with the government agents and this time he made a deal to protect his research team. He began to make preparations to accept government protection and allow his data to be turned over to them but with the agreement they would include the team on the continued research. “Not long after the deal was made the Lab was broken into. “It was late and Dr. Collins was trying to wrap up some final things. Jax was waiting in his father’s office working on some homework. Several armed men entered the back of the lab and surprised Dr. Collins. I have a good idea of what happened that night because I had access to the video footage. The government agents have also allowed me to know some information about the armed men. They believe that the men who broke into the lab were gang members that had been paid by the investors to retrieve the research data. “I was on my way to the lab when I saw the gang leaving. Part of them were on foot and part of them were in cars. I rushed into the lab and found Dr. Collins on the floor. After seeing how bad he looked I located a first aid kit and ran to him. He grabbed my hand and it was evident he was having trouble breathing. He told me to take his phone and find Jax. Dr. Collins had a tracker activated on Jax’s phone. So it would allow me to locate him rather quickly. “I knew that Jax was in trouble but it felt wrong leaving Dr. Collins. I didn’t want to leave him knowing he was going to die. I knew if I stayed to help him Jax would probably have no chance. So, I leaned forward and hugged him and left crying. I took my car and headed to where the phone told me Jax was at. By the time I arrived, Jax was already laying on the ground unconscious and bleeding out. “You know the rest of the story from yesterday. “I don’t know if Jax will ever remember me or his father. The nanoparticles allowed his brain to regenerate the tissue but it is impossible to replace the memories that were lost. The cybernetic implant replaced areas of his brain that were beyond repair as well as to assist in the rehabilitation of his brain. “I plan on telling Jax everything, eventually, but I am concerned about how he will handle more information. He is physically and mentally fragile right now and I was honestly trying to protect him not hurt him. “We also have more pressing matters to deal with though. Unfortunately, the procedures and implant resulted in several side effects such as his Hyperesthesia. “When Jax knocked himself out in the lab, I had a chance to run some diagnostic scans on his implant. He apparently has been experiencing seizures that are similar to absence seizures. “You may have noticed Jax zoning out frequently, this is the way absence seizures present” “I had no idea!” Bren said, panic evident in his voice. “Absence seizures can be a result of severe brain injury and it can be triggered by hyperventilation. Normally absence seizures cause no long term damage, but with Jax we have to be sure. Everything he experiences is uncharted territory because of his cybernetic implant. “Eventually I will have to do some modifications to the implant but that will require him to undergo surgery again and it carries some risks.” Fuchsia says as Bren pulls into the parking lot at his apartments. They had previously decided that it would be unsafe for Jax to stay at his apartment until they figured out what was going on. Fuchsia had contacted Sina on the way and asked her to collect some items from her lab and meet them at Bren’s apartment.

So now the bad guys have the research data and want to wipe out everyone involved in it? 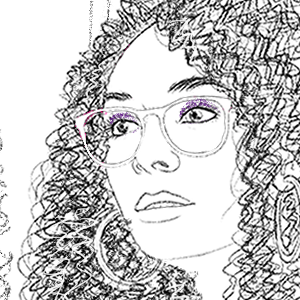