The class looked at the Mayhems far below them nervously. They were on the Wall surrounding Rencia. The time had finally come, after a month of training, for them to face actual Mayhems. Hopefully, they were prepared enough by now. With them was Commander Rein, to supervise the operation.

Drake, by this point, had become skilled in maneuvering with the jetpacks. He was second in the whole Militia, only less than Rein, who managed to surpass the rumors surrounding him and was a monster at adapting to new styles of fighting. Drake would have thought that Commander Rein was the strongest man in Rencia if he didn’t claim, himself, that General Arthur could beat him in a fight. The old man didn’t look like much to Drake, so he continued to respect Rein more.

Finally, some action! Drake thought. He had been waiting to kill some Mayhems for too long. He looked at the Mayhems below with scorn. He picked one. As soon as the Commander gave permission, Drake jumped off the Wall enthusiastically and turned on his jetpack in his descent. He evaded a reptilian arm reaching out for him. He grinned and took out his gun from its holster on his right leg.

“Show me what you’ve got,” he yelled excitedly. He shot at the chosen Mayhem in front of him.

The Commander above sighed, used to Drake’s behavior by now. “Come on everyone. Let’s join in too.” He gave a few frightened members of the team, who were watching from on top of the Wall, a gentle push. They panicked and moved a few steps back. “Oh, come on. Even if you fall, you have the ability to fly.” They said they wanted to stay a safe distance from the scene of the fight, hoping not to fight just this once… or maybe next time too…

Rein sighed again. He had never seen such cowardly soldiers in the Army before, but he could understand what they were going through.

“Fine. You guys watch as me and Drake test this stuff out for the first ti…” his eyes widened slightly and he corrected himself, “I mean, show you how to use it.” The others wore empty expressions. Did he really think they were that simple to just ignore what he said?

Meanwhile, Drake was shooting at the lizard, and assuming the others would take the other Mayhems nearby. He would be in quite the predicament if they didn’t have his back. Drake was too busy fighting to see the Mayhems surrounding him. The lizard was a bit annoyed by the bullets, but it didn’t seem to take any life-threatening injuries. Its reptilian scales and thick skin absorbed the bullets before they entered any vital organs, not that Drake was aiming anywhere in particular.

“Oh, come on! How tough are you?!?” He shouted, equally annoyed, as he dodged a giant arm.

Commander Rein flew down to where Drake was: near and on the other side of the Wall. How many times must I tell that kid to be careful? He offered to help Drake, also wanting to test out fighting on a jetpack.

Drake turned down the offer. “Get your own prey. I’m taking this one down by myself!”

Rein decided to talk to him about the lack of respect later. For now, he needed to pay attention, and step in if need be. He tried to keep the surrounding Mayhems at bay, but they didn’t seem to care about his warning shots at all. The scary part about them was that their pure devotion to eating their enemy, even at the cost of their own life. Rein switched tactics and instead lured the Mayhems away by catching their attention and using himself as bait.

He noted that a gun didn’t have enough of an effect on the Mayhem. If the Militia were ever outside the walls, and Mayhems surrounded them, they’d be toast, even with jetpacks. That said, the problem was definitely not the jetpack. It was a great tool to allow for maneuverability. The downside was the attention needed to control it, and how shaky it was.

Drake noticed this also. It was hard to aim when you were moving around and even when the jetpack kept you in place mid-air. Further, the bullets just wouldn’t get through the thick skulls of the Mayhems! However, even a better penetrating gun wouldn’t be useful, since it would be heavier to wield and carry and slower to use.

Drake shot the Mayhem’s eye. It screeched and still grasped the air around it in Drake’s direction, now dependent on smell. That wasn’t too helpful for Drake’s goal of killing it in battle or incapacitating it before proceeding to kill it. Right now, it wasn’t really a battle anymore. Neither could attack the other. So, then what was the solution to the offense problem?

Alright, then! Drake smiled. He had been prepared for this situation. He took out an axe he had brought with him. A nearby Rein was surprised he hadn’t noticed it before and wondered where in a twenty-second-century city Drake had found an axe.

“Cockroaches can’t be killed by indirect methods! The only way to kill one,” Drake flew behind the Lizard, “is to crush it with brute force!”

He swung hard, aiming for the back of its neck. It was the weakest spot he could think of. The skull was too thick to pierce, and most other places weren’t vital organs for a Mayhem or were too hard to reach, such as the heart and lungs.

The axe sliced through the scales and stopped, half-sunk. It was stuck. The creature reflexively tilted its head up, neck down, and hissed. It wasn’t dead yet. Drake tugged back on the axe so that he could swing again into the same spot; he’d have to mine one spot because of the tough skin. The axe, however, didn’t come out. Hold on. Let’s try this! Drake used both arms to try to free it. Meanwhile, the Mayhem realized it wouldn’t be able to reach him with its mouth or arms, and decided to fling its tail at him. By the time Drake noticed, he couldn’t avoid the attack and was hit. The tail is a powerful limb, for many animals including lizards. They use it for many purposes, such as to swim, for defense, and for balance. Interestingly, they can even drop their tail and have it wriggle by itself to distract predators.

Drake either didn’t seem to have remembered to be cautious around a tail, or he was too focused on his task, that he didn’t watch out for it. He, along with the axe, flew off the Lizard horizontally. He fell onto the ground ten feet below and ten away, and rolled a few yards further. He got up and noticed pain in his left arm, which had taken the brunt of the attack.

Rein flew over to help, but was turned down. The Commander signaled him to check his jetpack for damage. It was pretty beaten up, but the fuel cell part was intact, giving huge relief to both of them. Drake picked up his axe. His jetpack stopped working, so he instead ran straight towards his opponent.

The Lizard ran toward him at the same time, not caring about why its food was running towards it. Drake ran right in front of it and then leaned back, enough to fall backward, to slide below the belly. Before the creature could use its tail or move its head below it, he stabbed the Lizard in the chest. He used the strength from his training to push it in as deep as possible. The skin was softer here; it was easier to penetrate. Drake yelled as he dropped onto the ground, front-up, and slid down the length of the Lizard’s body, with the momentum of his run, and with the axe still in the mutant’s body. He managed to make a two-foot-long incision before friction stopped him. The wound was not deep enough to kill it.

Before the Mayhem had a chance to retaliate, he rolled out from under it and ran a few feet. Once he got another chance to attack the same wound, he could drive the axe through its heart or lungs, and it would be over. He would be using the most terrifying thing about Mayhems: their complete focus on offense and lack of defensive skills, to his advantage to defeat it.

A few minutes later, the Mayhem dropped to the ground, dead. Drake was covered in purple blood, a mix of red blood cells, and the dark green color that was the theme of its body. Even Mayhems, despite their change in body color everywhere else (becoming darker), had red in their blood, because the hemoglobin in every animal’s blood was necessary for it to survive. Heme used iron to bind oxygen, creating a red color as a result.

“Yes!” Drake yelled, victoriously. He proudly stood on the corpse, poking it a few times to make sure it was indeed dead.

His toil had finally borne fruit.

Rein came in to get Drake to fly back to the top of the Wall before the other Mayhems closed in on them. The first kill was a success. The jetpack worked well for fighting. The issue was the gun, due to its lack of effectiveness and also the limitation of ammo. But Drake seemed to have a solution to that. Rein made his last note of the field test: We’ll need swords. 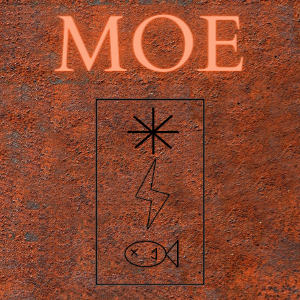