Lance is sitting at his table drinking a beer when he hears a repetitive menacing knock at his door. He stands up and approaches it slowly when he hears two gunshots and just barely misses the wood and metal exploding from the door. The door flies open and three men walk in. Disoriented, he realizes that Mr. Creso is standing before him. Lance reaches for his pistol on his side but before his fingers even make contact he is punched in the face and falls to the floor. Lance wipes the blood from his upper lip and tries to sit up. Mr. Creso stands in front of him giving him a look of disgust. One of the other men hands him a white cloth to clean his knuckles. He proceeds to remove his jacket and roll his sleeves up. His shoulder holster becomes evident as he walks closer to Lance. Lance’s heart is pounding as he fully expects to die today. Mr. Creso stares down at Lance and demands his attention. “It would be in your best interest to never try to raise a gun at me again. You know I own this city and there's nowhere you can hide. Now I expect that you can answer some questions for me about the young man you sent to my place last night.”

Lance looks confused and says, “What do you want with that little punk?”

Lance sits back against the wall and says, “Listen, I don’t know a lot about the kid. His name is Jax. I met him almost three years ago. One of my guys had brought him in freaking out saying the kid had almost overdosed on drugs he had purchased from him. When the kid finally came down enough, I realized he kept saying he needed Blue Cryo. I had one of my guys investigate and found out that it was a drug that had been developed for medical treatments and not for long term use. I have no idea how the kid got on it to begin with, but I got a hold of some and agreed to supply it to him in exchange for him doing jobs for me.

“He didn’t seem like the type to make it on the streets for long so I let him stay with me for a while. I didn't mind having that pretty face around and he would do just about any job as long as he got his drugs,” he smirks.

Mr. Creso bellows, “Where is he now? He obviously doesn’t stay here anymore,” and flips a beer bottle off the table. The exploding glass fragments make Lance flinch as they bounc off of him.  The other two men present step forward and their threatening gaze causes Lance to answer quickly. “He stayed here off and on for a year. He didn’t cause too much trouble. He liked to read and kept to himself when he wasn’t working for me.  One day, he found me and asked how much he would have to pay for the drugs if he didn’t work for me anymore. I gave him a price and honestly didn’t expect for him to be able to come up with the money. The kid had trouble keeping his head straight so I am not sure how anyone would give him a job. Surprisingly, he came to me one day with the cash and purchased enough to get him by for a month. He told me he would come find me when he needed more.  I didn’t argue with him too much because I had enough men working for me.  I mean it wasn’t a big deal and as long as he was paying we were good.”

Mr. Creso snaps, “Do you know where he lives now?” through grit teeth.

Lance looks at his table and says, “I have his address written down in a book. I like to know where my less reliable clients live in case I need to come find them.”

He stands shakily and walks to the table, crunching the fragments of glass underneath his shoes. He reaches for a brown book on the table and says in a low rough voice, “There is something weird about that kid...that drug is hard shit. I don’t know how he functions at all. Any normal person would be dead taking as much as he does for as long as he has.”

Mr. Creso raises an eyebrow and says, “Really, that is very interesting!”

Lance writes the address down on a piece of paper and hands it to him.

Mr. Creso re-buttons his sleeves and puts his jacket back on. He motions the two men to follow as he walks to the door. Turning around to say, “If he contacts you let me know immediately”.

Lance huffs a reply “Sure,” and then in a lower voice he says, “Fuck you! ”

The last person stops in the doorway and turns to face Lance. He pulls his glasses down and reveals a mechanical structure present where his eyes should have been. An eerie opalescent glow emanated from the center of the steel orbs. He asked if Lance had something more to add to their conversation.

Lance shakes his head at the man. The man replaces his glasses and says, “Very well, I trust you will keep our boss informed of any contact you have with Jax.”

Lance falls heavy into his chair again and covers his mouth, shocked by what he had seen.

Bren drives in the direction of Jax’s apartment. He had decided that while he was waiting for Jax to wake up he could run and get some of his stuff and try to make him feel more comfortable.

He pulls into the apartment complex. Luckily Bren still had Jax’s key card from the other day. He surveyed the outside of the building looking to see if there was anyone suspicious. When he thought it was safe, he ran up the stairs quickly and entered the apartment. He opens the door and walks past the kitchen. He notices the pile of destroyed ramen packs that lay on the floor and catches sight of several small rodents escaping view. He shakes his head, thinking that maybe it isn’t such a bad thing that Jax is staying with him. He brought a bag with him to carry Jax's stuff in. He went to the bathroom and grabbed some items and then headed to the bedroom. He had just finished grabbing some clothing and the charger when he heard the door being busted open.

Oh, no! Mr. Creso and his lackeys have come at a really bad time. Hopefully, Bren escapes. 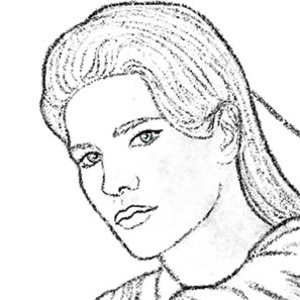