The funeral ended with four football players and two of Jake’s cousins carrying the coffin out on their shoulders. Jake’s mom and dad followed behind it, clutching each other. It was sort of unbearable.

I don’t think that word means what you think it means.

That word, “unbearable,” was starting to lose its meaning. Because, in the end, what choice do we have but to bear it?

Gordo and Cameron said they were gonna take off; we bumped fists, and they left. I made it outside, one hand holding my side. The bright daylight chased some of the shadows out of my mind, but the jostling crowd was too much. I got out of the way, moving down the church’s stone wall to find a place to lean against it, out of the fray. The sun-soaked stones warmed my back.

I watched people form clusters to talk and hug and cry. I’d wanted that. I’d come here for that. Yet there I was, hiding against the wall. I wanted to go tell Jake’s folks how sorry I was, but they were already surrounded by people trying to talk to them. I saw a group of guys from the team with Coach Baker on the other side of the crowd, but I didn’t want to fight the crowd to get over there or face a lot of questions about when I’d be coming back, if I did.

Wow. I was seriously screwed up. I crossed my arms over my chest and tucked my shaking hands under my armpits to hide them.

Then Landon came out of the church. He looked around and saw me. He smiled big, like he was genuinely happy to see me. He stood there looking at me for a moment and biting his lip, as if unsure if he should come over. I nodded at him, and something on my face must have decided him, because he said something to that red-haired girl he was with, Madison, and headed my way. As he walked over, his tall, skinny form looked older than usual in gray dress pants, the black shirt and black tie. His face was drawn, like he hadn’t eaten or slept much more than I had. But a white girl reached out to him for a hug, and he wrapped his long arms around her. Then a black chick named Ali hugged the two of them.

They were on the edge of the crowd. I felt too antsy to wait, worried I’d lose my nerve. So I walked over there.

Landon saw me over Ali’s shoulder. His face broke into a smile. “Hey, Brian!”

Landon broke the hug with the girls. Without any self-consciousness, he stepped forward and hugged me. He smelled of lemony soap and a bit of starch. I was ready to hang on, wanted to, but I didn’t even have time to get my arms around him before he was pulling back.

“Oh, shit, sorry.” He looked abashed. His hand ghosted over my stomach. “How is it?”

Of course he knew exactly where the gunshot wound was.

The memory sent a wave of weakness through me and a kind of soul-ache. I wanted him to hug me again. I wasn’t fucking fragile, and everyone else from school had been hugging it out. Why not me? But it seemed weird to try to hug him when he’d just let me go. My fingers closed around his wrist instead. He looked down, and I could see the instant he remembered. I remembered too. I abruptly let go. Emotions welled up like a black flood.

“Hey,” he said softly. He stepped closer and put a hand on my shoulder. “Brian. You okay?”

Landon’s face grew haunted. “I’m so sorry, Brian. I know he was your friend.”

Landon rubbed my shoulder with that one strong hand, his eyes worried. “I didn’t know you were out of the hospital. I heard you were gonna be okay, though. Did you… was there damage to any organs?”

I took a shaky breath and ran a hand through my hair. “Lost some of my intestines, and there was some other damage, but they patched me up. Doctor said one inch in any direction and it would have been a lot worse. But yeah, I’m gonna be all right.”

“That’s amazing! Great news. You really scared me there for a bit.”

He looked away, like it was too much. And maybe it was. The connection I felt when he looked into my eyes was like it had been that day in the cafeteria. It was like invisible touching, like something you could never see inside me, the real me, melding with that same thing in him.

I couldn’t remember ever feeling that way with another human being before, except maybe in a moment here or there with my mom. And maybe I had no right to that here, on an ordinary day, when I was not in the process of dying. Maybe that was a one-time, extraordinary circumstances kind of deal. I had no right to take that much of him. We didn’t know each other at all.

For example, he had no idea what a chickenshit I was.

“Landon?” Madison walked up. She slung her arm through Landon’s, and the moment became ordinary.

“Hey, um, Madison, do you know Brian? I think you said you guys have a class together?”

“Yeah. Hi, Brian.” She had two spots of red under her eyes like she was embarrassed. “Landon told me what happened. I’m so glad you’re okay.” Her voice was thick with sincerity. With pity.

There was an awkward silence as Madison looked between me and Landon.

Landon bit his bottom lip and frowned again. “Hey. Um. We were gonna go get some sandwiches at this deli a few blocks away, then come back for Chandal’s service at three. You’re welcome to join us.”

My heart beat out a rapid-fire burst. But I didn’t want to hang out with a bunch of Landon’s friends, people I didn’t know. Besides, I was starting to crash hard. What I really wanted at that moment was a pain pill. A whole one. Maybe even two.

“I shouldn’t. I wasn’t even supposed to get out of bed for this, but it was Jake, so….”

“Yeah, totally.” Landon nodded, his face earnest. “You need help getting to your car? Or a ride? Or—”

I looked around and saw my mom and dad working their way toward me through the crowd. “Nah. My folks are here.”

Landon tugged gently, and I looked down. I was holding on to his wrist again. Jesus. When had that happened? For a moment I could smell the acrid scent of gunfire lingering in the cafeteria, of Pine-Sol cleanser mixed with blood. I blinked and let go, took a step back.

Landon watched me with a worried expression.

“Okay. So. Let me know how Chandal’s service goes,” I said, trying to cover. And, God, that was lame. As if a funeral had a wide variety of possible outcomes. The pallbearers were hysterical! We had a grand time!

“You could text me.”

“Yeah, yeah. Let’s do that,” Landon agreed with an adamant nod. He pulled out his cell phone.

I felt my face burn, but I rattled off my number, and Landon plugged it in. A moment later, my phone chimed in my pocket.

I refused my mom’s help getting to the car, but as soon as I was inside, I groaned. “Can I get a pain pill?”

“Sure, honey. You should have it with food, though, so as soon as we get home, I’ll make you some soup. And I should check your bandage, and we can put some ice on your stomach. God, that was so awful. Poor, poor Janie and Paul.”

“We’re not going to the cemetery,” my dad put in firmly. “You’ve had enough, and so has your mother.”

At last, one of my dad’s pronouncements that I could 100 percent agree with. 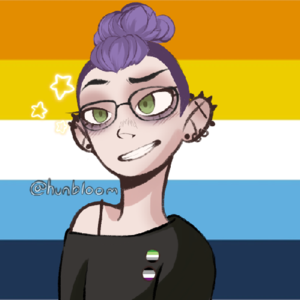 It is so incredibly brave to write about this topic but you have done so beautifully so far. Coming from the UK it is not something that I would even think about happening here but I think it is important not to shy away from the effects that something like this has on people in the long run. 💜 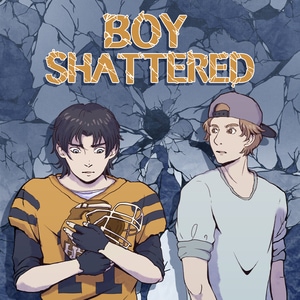