Dru's face seemed happy while talking about Carnak and Veronica. Dru caught Chaus staring and quickly reverted back to his impassive face. "When Carnak saw Veronica, you could say it was love at first sight."

Carnak had never felt what he felt when he stared into Veronica's eyes. Veronica had dark pitch black hair. She was short, around 5'4. She had a toned body with black eyes that matched her hair. Carnak, on the other hand, was in his human form. He was two meters tall with a body full of muscle. He had a tan, chiseled face with yellow eyes and fiery red hair. Veronica felt no different from Carnak when she started into Carnak's eyes. Even though they both felt what could be called love, they didn't know what it was.

Veronica wanted Carnak to cease the war with the Giants, and Carnak, being part of the prideful dragon race, bowed to no one. Veronica and Carnak clashed in a battle that lasted 7 days and 7 nights. The Earth trembled, the sky shook, and tsunamis raged. Rianshard, protected by countless dragons, was left unscathed, but the damage around Rianshard was devastating. The life around Rianshard turned into a sea of death. Lakes turned into broken craters, the land cracked, and ravines formed.

"A human has reached such a level. And here I thought they were the weakest out of all the races." Carnak's voice echoed of pride, power, and might. He had the voice of a king. It wasn't arrogance when he spoke those words. It was simply what he saw when he stood at the top of the world.

Veronica's magic power was nearly depleted. She didn't expect for the Dragons to have such a powerful figure. Any longer and she wouldn't be able to maintain her dragons. "Don't look down on humans. We might be weak, but we also have pride." Veronica's voice was silky and calming. It was like an angel's voice.

Carnak smiled in response. He was ruthless as a leader, but due to the feeling in his heart, he didn't want to kill the human mage that barged into his kingdom. "Leave. Leave this place. This will be the only time I ever show you mercy. The next time I see you, your head will roll."

The surrounding dragons were shocked. Carnak was a cold and ruthless figure of authority in their eyes. He never showed any mercy to his enemies. His decision was something no one could have predicted.

Veronica came to Rianshard to end the war. If she left now, everything would have been in vain. She started channeling the last of her soul energy, but before she could cast a spell, Carnak swiftly went behind her and pressed a blade to her neck. He leaned in so close Veronica could feel his warm breath. "Don't mistake kindness for weakness." Carnak whispered.

Veronica was frustrated and shocked at Carnak's ability. He was holding back during their battle. Veronica grew hopeless at ever stopping the war between the Dragons and Giants. Carnak put away the blade and let go of Veronica. Veronica, defeated, walked away from Rianshard.

The story of Carnak and Veronica didn't end there. Veronica was always on Carnak's mind, and Carnak was always on Veronica's mind. They did not know what they were feeling, but they knew they would see each other again.

Unbeknownst to the rest of his race, Carnak would secretly enter the human kingdom of Cazak to gaze upon Veronica. Veronica was the daughter of a wealthy noble family, the Randas family. Being as powerful as he was, it wasn't hard for Carnak to find out where Veronica lived. Veronica lived in a white mansion, surrounded by lush green trees. Beautiful blooming flowers lay in front of the mansion, and a large marble pathway was connected to the door. It was a mansion fit for a king.

Carnak would sneak into Cazak the seventh day of every month to gaze at Veronica. Then it turned into every week, and then every day. Veronica, on the other hand, would cast magical spells to look at Carnak.

One fateful night the two locked eyes. Carnak was looking at Veronica while Veronica cast her spell. The place Carnak stood was familiar to Veronica. It almost looked like it was the place outside her window. Veronica looked out her window, and there, to her surprise, was Carnak.

Carnak grew flustered. He didn't expect to get caught. He was about to leave, but he heard Veronica's voice. "Wait."

Carnak stood as still as a statue. He had never been caught in such a situation before. He was always the one in control.

Carnak, standing outside, was even more flustered. He couldn't think. The only thing he could do was listen to Veronica's words.

Carnak went inside Veronica's room through the window. For a noble family, Veronica's room was plain. She had all the things you would expect in a bedroom: a bed, drawers, closet, chairs, and a desk, but they weren't extravagant items most noble families would have. Instead, they almost seemed plain. Carnak stood around observing Veronica's room while Veronica observed Carnak. An awkward silence filled the air for a very long time. Neither knew what to say. It was Veronica who broke the silence.

"I thought the next time you saw me, my head would roll."

Flustered, an embarrassed Carnak coughed. "That was..." He was at a loss for words.

Carnak then heard a sound. It was Veronica's giggling. It was the most beautiful thing Carnak had ever seen. Veronica ceased her giggling when she saw Carnak staring at her. Now it was her turn to be flustered. "Ah...I..I...sorry. I didn't know the great Dragon King could make such an expression."

"And I didn't know the Great Mage could be so beautiful."

Veronica started blushing. Suddenly a knock was heard. "Veronica, is everything alright?"

"Ah...Yes, of course." Veronica quickly motioned with her eyes for Carnak to leave the room. Carnak read the message and as he was leaving, he mouthed "see you tomorrow."

From that point on, Carnak's and Veronicas relationship grew. The two of them grew closer and closer together. They grew so close they didn't know how to live without each other. However, everything in this world follows the laws of casualty. With happiness, must come tragedy. With power must come weakness. The foundation of magic: equal exchange, or in other words, the laws of casualty.

Not all humans were like Veronica, pure and kind. Amelia Randas was Veronica's sister. Amelia was the opposite of Veronica. She was greedy, selfish, and manipulative to say the least. She would do anything to get what she wanted.

Amelia was tired of the suppression the humans faced. She wanted humans to be the most powerful of all the races. In order to do that, the Magus, Giants, and Dragons needed to disappear. However, they were too powerful for humans. That was until she found out about the love affair between Veronica and Carnak.

Amelia began setting up an intricate plot that led to what was thought to be the extinction of the Magus and Dragon race. Amelia drugged the unassuming Veronica and sent a message to Carnak.

When Carnak read the message, he swiftly left Rianshard under the cover of darkness and entered Cazak in his human form. There he saw Veronica chained up to a pole. The pole was in the middle of a courtyard surrounded by huge castle walls as tall as a giant. He grew mad with rage but contained himself from lashing out due to fear of harm coming to Veronica.

Veronica saw Carnak and tears started running down her face. "Why?" She whispered.

"Because I love you."

The sound of laughter came from behind Veronica. Amelia. "Because I love you." She said in a mocking voice. "Who knew the great Carnak would fall so low for a woman." Amelia was the opposite of Veronica. She was tall with long blonde hair and green eyes. Like Veronica, she also had a toned body.

Carnak's face was furious. He growled, "let her go."

Amelia looked at Carnak feigning fear. "Whatever the great dragon king wishes." She clapped her hands. Hundreds of soldiers appeared on the castle walls. The soldiers carried large crossbows. Each crossbow was the length of three full grown humans. Dragon bows. Crossbows designed to shoot down dragons. Amelia's voice turned cold. "Your life for hers."

Veronica shouted in desperation. "No! Don't do it! Leave this place!" Amelia waved her hand. Although she wasn't as strong as the Realm stage Veronica, she was at the pinnacle of the Clonic stage. She could easily cast a spell to stop the weakened Veronica from talking. Amelia manifested a knife using her soul and jammed it into Veronica's thigh. Veronica's face twisted in pain, but a sound didn't escape her due to Amelia's spell.

Carnak roared. "I'll do it! My life for her life!"

Amelia smiled sadistically. "Get on your knees and beg me."

Carnaks face scrunched together. Veronica signaled Carnak with her eyes to leave.

"Oh? Our dragon is a little hesitant. Maybe this will help." Amelia stabbed the knife into Veronica's stomach. Veronica's face twisted in pain again.

Carnak quickly got on his knees and begged Amelia. "Please let her go."

Carnak felt humilation beyond anything he had ever felt, but he did it for Veronica. He crawled around like a dog. Veronica's eyes shed so many tears a puddle formed beneath her.

"Don't you think a dog should make sounds like a dog?"

Carnak barked without hesitation. He continued this charade until Amelia grew tired of it. She signaled to the soldiers. Carnak looked Veronica in her eyes and smiled. "Let's meet again in the next life." The tear stricken Veronica tried screaming but nothing came out. The soldiers loaded the dragon bows. They aimed them at Carnak. Carnak looked at Veronica one final time. He closed his eyes. The twanging sound of arrows releasing were heard. Dozens of arrows a meter long and half a foot thick pierced Carnak's body. Veronica's face was full of pain. She started glowing. Only after seeing Carnak pierced by arrows was Veronica able to burn her life force to use magic. She ripped away the chains that bound her and raced towards Carnak. She could feel Carnak's life force fading away at a rapid rate. "Incantus Heilum!" Veronica shouted. She started shouting multiple spells, but none could heal the ravaged Carnak. Veronica held Carnak in her arms. Tears of blood ran down her face. She looked around. She looked at Amelia. She looked at the soldiers.

Fear ran across Amelia's face. "W...what are you going to do?" Amelia said in a fearful voice.

Veronica looked Amelia straight in her eyes. "I curse you. I curse this land. When our child comes to this world, Tsirgia will tremble. The heavens will cry, and hell will shiver in fear. Rivers of blood will flow, corpses will scatter the land, and death will ravage everything. Cazak will meet an end worse than the darkest pits of hell." With that, Veronica used her remaining life force and both Carnak and her went up in flames. 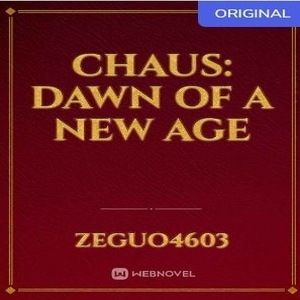