On the interior side of the walls were placed, sparsely, simple metal stairs which one could climb to scale to the top of the fifty-one-storey-tall Wall. These were important during the construction phase of the Wall. However, the Defense Militia, with their jetpacks, did not need to make the long and tiring journey. Drake and the other simply flew up and landed atop the Wall.

They were fully geared, as requested of them when they reached the Quarters after being paged. The page alert was an emergency request for them to go to the Quarters, but when they were told to go atop the Wall at a specific location and with their gear, that was when Drake had a truly bad feeling about what was happening. There were giant thuds in the background the whole time. Everyone could have easily connected the dots, but they didn’t want to believe it. And, yet, even now, as they faced the source of the sounds, they stood in complete disbelief and shock. What they had imagined, but pushed back the possibility of in their minds, had come true. There was a giant Gorilla Mayhem walking towards Rencia.

The Walls themselves were fifty-one storeys tall. It was an incredible height. From the bottom, looking up, one wouldn’t be able to determine where exactly the line that made the top was, similar to a skyscraper. The Mayhem they faced was almost as large as that. It was an abomination. It was terrifying.

The periodic deep sounds they’d heard before, and continued to hear now, were the footsteps of the beast. Despite it being many miles away at the horizon, it looked huge, and the sound of its footsteps reached every nook of Rencia. The citizens must have been wondering by now what was going on. They didn’t know that their destroyer was headed towards them at the moment.

“I know. It’s scary, isn’t it,” General Arthur said. He’d been there before any of them, watching the incoming threat.

Drake looked around at the Militia gathered there. He noticed that the soldiers from the old military were there also. The Defense Militia had been split in two, and the soldiers who used to be part of the military of the country and came here with the politicians (now leaders), weren’t usually in charge of taking on Mayhems, unlike the new soldiers. They were instead bodyguards to the Authorities of the city or acting as temporary policemen. But they, too, had training in using jetpacks.

Arthur spoke: “As I’m sure each and every one of you have inferred by now, that that mayhem will soon reach Rencia and destroy it. I doubt the Walls will hold it off. Even if they’re strong enough, it can climb over them. If it reaches here, everyone will undoubtedly die.”

“We have to tell everyone to evacuate the city!” Someone shouted in panic.

Arthur shook his head. “There’s no time. We can’t get everyone out. There are exit gates to the city, but the citizens can’t leave the Walls with all the Mayhems surrounding the them. Even if we can safely make their escape, they have nowhere to go.”

The person fell on his knees. “Then, it’s all over…”

“It’s not. I called you all over for a reason. The time has come for us, the Defense Militia, to put our lives on the line to fight for humanity. We will stop it.”

The person stared for a moment. “That’s a joke, right? How? How can we kill that thing?!? Most of us haven’t even fought a single Mayhem yet. We have no experience! We never fought because we were too scared.

“Oh! Now, I regret it! If we had really tried our all and forced ourselves through the practice… maybe we could have stood a chance against it…”

On the inside, everyone regretted not having practical experience. Not fighting Mayhems and not training harder was their choice and their mistake. They knew they couldn’t fight now.

Drake looked around at scared faces and people who gave up without trying. He scoffed at them. Why did these cowards even join the Militia?

“Y-yeah. We can!” one soldier, Franz Reich, cut off. “N-now’s the time all our t-training pays off. Let’s defeat this thing!”

“Yeah! Let’s stop wasting time chatting here. We need to go now!” another person, Lilac, beckoned the others. She jumped off the Walls with her jetpack on and started flying towards the Mayhem. Franz and another person followed. Drake chased them. There was no way he would let those three defeat the Mayhem before him; the kill would still be his. Now we’re talking! That’s the attitude I want to see! Let’s skip the speeches and slay some monsters! I’m going to take a big one down today!

“Wait!” Arthur exclaimed. He slapped his forehead with his hand. “Uh… Alright, everyone, let’s go follow them.”

The others, led by General Arthur, flew behind the four who went alone. They tried to catch up to them, but they were at full speed. After closing a bit of distance, Arthur shouted over the wind to catch their attention, but to no avail.

Drake tried to focus on the target ahead of him, tuning out his surroundings, but one thing stuck out, and his attention went to it: ruins of old buildings. They were degraded, but Drake could make out large chunks of concrete. Was there a town there once? Drake had never been allowed this far beyond the Walls nor on this side of them. It was strange.

Drake shook his head before he could start daydreaming possibilities. He needed to focus on his target.

Now that they were closer, Drake noticed that there were a bunch of smaller, normal sized Mayhems around the main one. They were all exotic animals too; there were zebras, kangaroos, penguins, colorful birds, lemurs, and even a sloth moved slowly from far behind, trying its very best to catch up. Drake guessed that these animals had escaped from a zoo in a nearby city. Maybe “escape” wasn’t the word for it.

They were all closing in on the target now. The Gorilla made a grunting sound. Its eyes locked onto the group of humans flying towards it. Drake, from in the air, stared into its deep black eyes. Pure hatred stared back. Of course, Mayhems didn’t have many emotions, and even if they did, they never act on them, choosing only to follow their instincts of eating humans. But this still startled Drake, whose own hatred paled in comparison. He stopped moving forward, his eyes couldn’t leave the sight. He looked at the gigantic man-eating monster in front of him. It was nothing like the others he’d seen.

Within Drake was born doubt. Doubt of whether he could even kill this thing. And from doubt came a sliver of fear.

A scream broke his trance. Drake turned in time to see that the Gorilla was standing on its feet and its arms were swatting the humans like flies. The three had gone ahead of him, into the range of its armlength. It landed a hit on one of the three.

“No! Franz!” Drake exclaimed at the same time as the others with and behind him.

Franz had taken a hard hit and was now in free fall. Either his jetpack was broken, or he was unconscious. Lilac and the other flew down to get Franz’s body before it hit the ground and save him, but she must have been too focused on it to notice her surroundings. A mutated kangaroo leaped into the air at incredible speed, with its robust hind legs, and aimed for Lilac. By the time she noticed, it was in the air, and she couldn’t change her momentum in time. Its jaw clasped her body and chomped down on it by the time it hit the ground.

The others had reached where he was by now.

The last person, who narrowly managed to dodge the Kangaroo, lost balance with the sudden movement, and the jetpack thrashed him in various directions while he was too dizzy to control it. He ended up crashing into the ground, where Mayhems surrounded him and Franz’s body. They began their meal.

“No…! Wait, who was that guy? I’ve never seen him before,” Drake wondered.

“You don’t remember? He’s Raj. He was the shy one, at the back of the class,” someone answered, “he’d finally built up bravery, too…”

It was too late to save the three, and there was nothing anyone could have done to prevent their deaths, from that far away.

The General ordered the troops to fall back to a safe distance and height from Mayhems. The group of sixty or so members hovered in the air, in silence. Two of their precious friends had just died. For most, it reaffirmed and reinforced their fear of Mayhems. Drake, on the other hand, didn’t know how to feel. He could have died just now if he had followed the others! The soldiers said their prayers for their fallen comrades.

Soon, Commander Rein arrived with another boy. The two were carrying large sacks full of something. Drake recognized the boy. It was his friend and classmate, Jord. He had been wondering where he was. Apparently, he was helping the Commander bring these sacks of some item.

“What’s in those sacks?” Drake asked.

The General explained to Rein and Jord the situation.

Those two had been close; some teased that they were boyfriend and girlfriend. Their deaths were indeed unfortunate.

Drake looked at the Gorilla, slowly moving in the distance. It could reach Rencia in two hours. “To be honest, I don’t know how we’re going to kill that thing. Its skin looks too thick to piece with bullets,” he looked down at his scabbard. The Militia had recently received swords from the Department of Technology and Weapons. “and I don’t think even swords will do much damage.”

They were not very well trained with swords yet, and Drake remembered from his axe that blades could get stuck in a Mayhem body. They were hard to use to penetrate while the Mayhem was attacking, but they were the only good option.

“That won’t be a problem,” Jord said. When confronted by a confused face, he said, “You’ll see.” He thought again. “I think the biggest problem we have in this fight is our lack of experience. Perhaps if you hadn’t stolen all the Mayhem kills during training, the ones who wanted to fight could have gotten some experience, and we could’ve been better off. But you kept yelling ‘It’s my kill!’ and flew around trying to keep them away from us.”

Drake remembered this and gave a look of exaggerated guilt. The two laughed. It felt good, despite the situation.

“Listen up” General Arthur started, “When confronted by enemies such as this one, you can see why it’s important to have a plan and follow orders.” He looked at Drake, who looked down guiltily. “That said, I’m sure a lot of you are scared, but as I was about to say earlier, we have a way of stopping the Mayhem.” He opened a sack and took out a spherical object. “This is a bomb. It was recently developed by the Department of Technology and Weapons. It has enough explosive power to significantly damage or kill a normal Mayhem. We will use these,” he pointed to the Gorilla, “to kill that…” 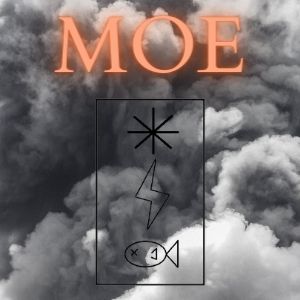