The drive to the lab was not a long one but Jax had withdrawn into silence and Bren felt sick with worry. Bren had called his name several times and had gotten no response, so he tries to focus on his driving. When they arrive at the lab, Bren pulls up slowly and turns the engine off. He calls Jax’s name again and gently shakes his shoulder after getting no response. Jax finally looks over at him, looking a little confused as if he was trying to figure out where they were at.

Bren could tell that the Blue Cryo was affecting him so it would be futile to talk to him about why he was upset.

Bren says, “We are at the lab, let's go and help Fuchsia and Sina get stuff loaded into their vehicle.”

He sighs and turns to get out of the car as Jax grabs his jacket like he wants to say something, but instead just lets his hand fall back into his lap. Bren looks at him for a moment, but only silence passes between them. Bren almost speaks, but knows this isn't the time to try to talk so he just gets out of the car. Jax kicks the door open frustrated with himself but follows Bren into the lab anyway. Fuchsia and Sina were busily collecting stuff around the lab as they walk in. Fuchsia gives them both a concerned look, but then tells Jax to hop up onto the exam table.

She says, “I need to check your stitches and run some tests before we leave.”

Jax nods and sits down waiting for Fuchsia to begin. She pulls the transparent film covering off of Jax, and examines it carefully.

Bren leaned in and asks, “How is that healed up so quick?”

Fuschia looks up at Jax and notices he had zoned out again. She looks back at the previously injured site and rubs her finger gently over it.

Fuchsia begins running other tests while furiously typing into her tablet and mumbles "His heartbeat and breath rate are both abnormal. It is hard to tell, but he seems to also be experiencing an absence seizure." her voice raises as she looks at Bren and says "Did he take the Blue Cryo this morning?”

Bren looks away from Fuchsia and Jax and says, “Yes, but I'm not sure how many he took.”

Fuchsia eyes get huge. “Are you telling me he has been taking more than one of these?”

Bren swallows and says, “He has been taking two at least in the morning and two at night. He also said when things were really bad he took more. He was upset about something this morning so he may have taken three. I don’t know.”

Fuchsia places a hand on Jax’s hand. “They would never have allowed him to take over two a day in the hospital and certainly not two at the same time. It would have been too dangerous! The only reason he is still with us is because of his implant and the nanoparticles. He should have known better than to do this!”

Bren places a hand on Fuchsia’s shoulder and says, “I don’t think any of us know or could understand exactly what happened to Jax between the time he left the hospital and meeting us. We just need to try to help him through this and get him off of the Blue Cryo.”

Fuchsia slides the diagnostic equipment into a box and tells Sina to pack it up. She turns to Bren and says,  “I am at fault for what happened to him, I thought it would be safer for him to lose contact with me and not know about his past. I thought I was protecting him.”

Bren looks at his watch and says, “Listen we need to finish getting your stuff packed and get out of here. We can talk more about this later.”

Sina and Bren were finishing loading the stuff from the lab into the two vehicles. Jax was sitting on a stool, overly medicated and unable to do much besides petting Nix. Fuchsia was double checking the lab to make sure she hadn’t forgotten anything.

There was a loud sound and they saw Bren run across the lab with two men following him. Fuchsia dives and grabs a disoriented Jax. They hit the floor as gunfire erupts. Jax cradles a scared Nix in his arms as the cat thrashes and bites trying to get away. Jax holds tightly onto the cat as he is too terrified to move in the chaos. Jax peers around the lab table in time to see Sina grab one of the men. She smashes him into the floor. Her metallic hands glisten in the fluorescent lighting of the lab as they move at an unnatural speed. The man who is twice her size grabs one of her legs trying to knock her off balance, but one swift kick of her other foot left the man with a broken nose. She slams her fist into his face once more, ensuring he wasn’t getting up anytime soon.

Jax feels a heavy thud behind him as he turns to see a man collapsed on the floor. Bren stands over them, sweat dripping from his face and labored breathing is evident. The look of shock on Jax's face makes Bren realize he still has his gun in the air where he had hit the intruder in the back of the head. Bren puts the gun away and reaches down to help Jax up.

Sina runs over and yells, “Get up! We need to go now!” They all rush out the door and jump into their vehicles. Jax was still holding onto Nix, who had calmed down a little and was curled up in his lap. Fuchsia rolls down the window and tells Bren to follow them. Jax looks out the window as they pull out onto the road, headed to a destination he didn’t know. Jax places his hands on his head as he begins to feel dizzy and sick. He closes his eyes, hoping to shut out the world around him. Placing all his trust in his friends.

Poor Jax, what is he thinking? He needs to talk to Bren and not let his thoughts consume him!

Jax's blue cryo use is concerning. What has his tolerance done to his body? 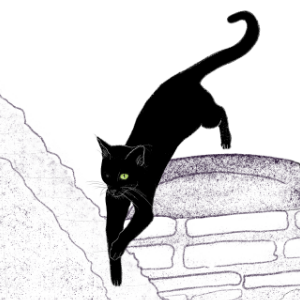