It was still dark outside when Clarabird’s alarm startled her awake at five in the morning. She sighed and rolled out of her bed, accepting that she had to get up. Before she could make it to her ensuite bathroom, a knock was heard from her bedroom door, and a woman’s voice rang out, “Birdie, are you up? Today’s your first day of high school. You don’t want to be late, do you?”

Clarabird sighed and said, “No, mom, but Freshman Orientation doesn’t start until seven. I was getting ready to get in the shower.”

“Oh, I’m sorry, dear. I’m just excited for you is all! You must let me take a picture of you for the first day in that new outfit I bought you!” Her mother, Raven, replied.

Her mother was a wonderful person, she raised three daughters essentially on her own. Her father, Jonathan, was always working. They even moved from Los Angeles to Silver Valley because of a job opportunity for her father.

Clarabird smiled at what her mother was saying and called back, “All right, mom, I will!” Her mother didn’t answer, meaning she was probably already downstairs and in the kitchen making coffee and a lunch for her. Clarabird chuckled and made her way into the bathroom.

Half an hour later, Clarabird was out of the shower and brushing her medium-length, dark auburn hair and staring at herself in the mirror, observing her features. I hope high school doesn’t end up like middle school, she thought to herself, shuddering at the memories of getting tripped in gym during the pacer test by some girl who thought it would be funny to humiliate the ‘fat girl’ in gym class, even though the girl hadn’t been super thin either. As well as the name-calling from other peers, saying Clarabird was a whale and a fat ass, among many other names. True, she was far from thin, but she wasn’t three hundred pounds either. She was between a hundred and fifty-five pounds and a hundred and ninety pounds, which was overweight for her height, standing at only five foot two, but she didn’t have a TLC special, yet anyway.

She shook away the memories and thoughts, making her way back into her room and digging out the Ecru-colored, button-up tank top and black, high-waisted, distressed, denim shorts with rolled-up cuffs, quickly putting them on. Then she makes her way downstairs and into the kitchen. When she gets to the bottom of the stairs, the smell of freshly made coffee greets her. She smiles and heads into the kitchen, only to see her mother sitting at the breakfast bar, nursing her own cup of coffee.

When she noticed her daughter walking in, Raven smiled brightly and chirped, “Look at you! You look so pretty!” Her eyes welled up, “My youngest daughter, my baby girl, starting high school. God, it seems like just yesterday you were a three-pound preemie in my arms. Now, look at you! Fifteen and starting high school!”

Clarabird laughed and poured herself a cup of coffee, saying, “Mom, don’t cry! It’s not like I’m moving out or going to another country. You’re stuck with me for a while yet.” Then she made her way over to sit next to her mother after making her coffee exactly how she wanted it.

“I know Birdie, I know. It’s just bittersweet, is all. I’m excited for you, but time just goes by so fast. How about you, though? Are you excited to be starting high school?” Her mother replied with a small smile.

“To be honest, I’m kinda nervous. When I was brushing my hair, I was thinking back to middle school, when we were still in LA, and everything that happened. I started wondering if it was gonna be like that here.” Clarabird responded, staring at her reflection in her coffee.

Raven placed a comforting hand on her daughter’s shoulder and said, “Oh honey, that was LA, home to all of those celebrities like the Kardashians and whoever else, as well as those supposed Influencers and YouTubers. This is Silver Valley and Colorado. I don’t think you’ll have those problems here.”

“Mom, just because we’re not in LA anymore doesn’t mean kids aren’t gonna be like that. There’s movies and TV shows that still show these people, and stuff like Twitter, TikTok, Instagram, et cetera, makes these people more, what’s the word?” She pauses for a minute, “Accessible, that’s the word I was looking for, than ever. So I’m worried it’ll be the same.”

Her mom sighed and said, “Well, if it is, don’t be afraid to put someone in their place.”

“What if I get in trouble, though?” Clarabird asked in a distressed tone and took a sip of her coffee.

“Well, tell a teacher or a counselor first. If they don’t do it, go to the principal. If the principal doesn’t do anything about it, then put the kid in their place. If you get in trouble for that, explain what happened. If you still get suspended, expelled, or put in detention, call me and I’ll set them straight.” Her mother said, getting defensive and frustrated.

Clarabird scoffed and said sarcastically, “Yeah, and be known as the girl with the crazy mother who fights her battles. No thanks.”

“I know you are. I’m just saying. I know how people are,” Clarabird responded and glanced up at the clock on the wall that read six-fifteen in the morning, “Anyway, I need to go brush my teeth and get going. Will you please put what’s left of my coffee in a thermos that I can take with me?”

“Of course. Do you want a ride to school? The sun probably won’t start rising for another thirty minutes or so.” Her mother asked.

“Isn’t the school, like, three blocks away?” Clarabird questioned.

“Well, yes, but it’s awfully dark outside still,” Her mother answered, getting up from the stool at the breakfast bar.

“I’ll be fine then. I’m sure there’s a bunch of streetlights along the way, and the school probably has one of those digital signboards that light up and show the time, announcements, the temperature, and stuff like that,” Clarabird reasoned.

“All right, if you’re sure. It’s about sixty outside right now. Grab a light jacket just in case you get chilly,” Her mother replied, getting a thermos out of the cabinet.

“I will, I will, don’t worry,” the teenager commented and went up to her bathroom to brush her teeth.

When she got upstairs, her text notification went off. When she glanced at her phone, she saw that it was a text from her online friend, Himo, they had met on the game Black Desert Online. She didn’t know his real name, but then again, he didn’t know her’s either. She went by the name Shalryn on the game rather than her real name. When she saw the text, it read, “Hey Ryn, was texting you to make sure you were up. I remember you telling me you were starting high school today when we went through that dungeon last night. I just wanted to make sure you weren’t late,” with a smiley face on the end. She quickly texted back, saying, “Thanks, Himo, I appreciate it! My alarm woke me up at five in the morning my time though, so I’m good. I need to finish getting ready though, TTYL!” and then ran into the bathroom.

Around six thirty-five in the morning, she came downstairs with her cream-colored, rib-knit cardigan tied around her waist, as well as her floral print backpack hanging off of one shoulder, and went over to the front door to put on her purple sneakers. When she turned around, her mother smiled and handed her the thermos with the coffee in it.

“You look wonderful, dear! Can I have one picture with the cardigan on and one with it off?” She asked enthusiastically.

Clarabird laughed and said, “Sure, but I don’t know how long it’ll take to walk three blocks with everything,”

“I’ll try to make it quick!” Her mother said, pulling out her own cell phone. After the pictures had been taken, her mother added, “I’ll send them to your father. That way, when he wakes up, he’ll see your outfit. Love you, and I’ll see you later!”

Clarabird went over and kissed her mother on the cheek and said, “Love you too! See you in about seven and a half hours. Bye!”

When she stepped outside, the cool air hit her face, and Clarabird sighed in contentment. It felt great after being in the stuffy house and drinking hot coffee. Then she stepped off of the porch and made her way to the school. 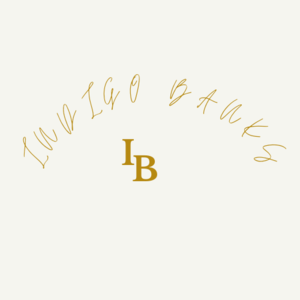 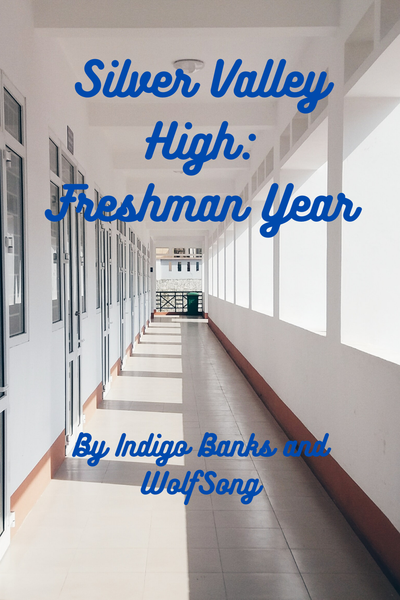 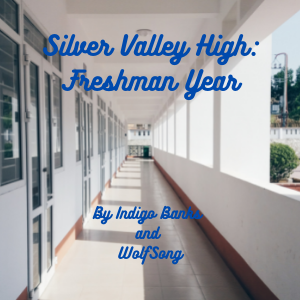