Deep breath in. Deep breath out. Keep calm. The dusty office air burned its way down Lenore’s throat. She knitted her fingers together on her lap to keep them there instead of raised in frustration. “There has to be some other way, Mr. Krevit.”

A flash of a small, dark room filled Lenore’s mind as she looked into his eyes. It was suffocating. “But I need this class to graduate on time.” Lenore felt the telltale twitch in her spine, an uncomfortable prickling along her entire back. Show him what it means to be afraid.

“Then you should have taken it earlier.”

“It wasn’t running when I could have,” Lenore reminded him. They had been over this several times already.

“I’m sorry, Ms. Walker, but the best I can do is offer a weekly payment plan that will start next week. If you don’t have the money, you’ll have to drop the class or switch what you’re studying.” Mr. Krevit certainly didn’t seem very sorry.

Lenore clenched the skirt of her dress tightly between her fingers, staring at the dark green fabric. She’d find a way to get the money. “Set me up on the payment plan.” She looked back up and detangled her fingers from her dress. Her expression must not have been right.

Mr. Krevit’s unease snaked around the office, banging on Lenore’s skull. The twitch of her spine grew more painful. She fiddled with the end of her braid for a few seconds, grinding the brown strands together as she calmed.

“Of course, Ms. Walker.” He immediately started typing on his computer, glancing at her out of the corner of his eyes every few keystrokes. “Despite what you may think, I find what you’ve managed to accomplish very impressive.”

He stayed silent for a few moments. “There, that should be the payments set up and approved. You just have to sign a few forms allowing us to directly charge money to your bank account. They're the same forms we use for semester payment plans.” He handed a prepared clipboard across the desk.

Lenore went through the process of signing her name on each highlighted line. A high-pitched thud echoed through the small room when she put the clipboard down, and Lenore winced. That was too hard.

“Well, that should be all for today, Ms. Walker. Thank you for being so understanding.”

Lenore stretched her cheeks into her sweetest smile. “Of course. Thank you so much for meeting with me. Have a wonderful rest of your day.” She grabbed her backpack from the floor and moved towards the door.

The worries lessened as Lenore left the room, and they faded still to the barest hint of unease once she was outside the building.

The crisp late November air slapped Lenore in the face, and she folded her thin coat around herself as she turned to walk to the bus station. She had to get ready for work in a few hours. Hopefully, Dana would let her work longer shifts, at least for the next three months.

A sudden rush of frustration raced through Lenore, and she stomped all over the concrete, slapping her feet down so hard it hurt. A weak whine of rage escaped her just before she stopped moving at all. The backpack full of textbooks suddenly felt far too heavy. Her shoulders were about to snap off. Her chest was too tight. The breath she had been holding seared its way up her throat and formed a misty cloud in the open air.

Lenore shook in the cold for a moment more, letting the goosebumps on her legs grow taller, and then she began to walk again.

The Red Velvet Lounge was not the place Lenore wanted to be working. She had nothing but respect for the women dancing up on stage. That wasn’t the problem. Almost everyone in the Red Velvet Lounge was scared of it to some degree. Their worries batted at Lenore as she roved her eyes over the room, like kittens wanting her to play. What if I smell? What if someone finds out I’m here? What if I’m wasting my life away?

There were no other establishments in town that would hire Lenore. Everywhere Lenore was qualified to work was in customer service or retail, and for some reason, they had always gone with someone else. For her first few years of university, Lenore had actually managed to work at a local coffee shop. One customer kept complaining, and she became so loud that it was easier to let go of Lenore than to be forced to listen. Some people just had a bigger reaction to Lenore than others. At this point in her life, Lenore was used to it. She almost felt bad for the people she met, knowing that they were meeting a nightmare come to life, and they forced themselves to like the nightmare out of politeness. Maybe those who complained were smarter than the others.

The lounge was also in the business of customer service, but Dana had liked that Lenore had “an edge.” Whenever someone was starting to get out of line but wasn’t to the point of getting kicked out, Lenore glaring at them tended to solve the problem. Dana claimed she was invaluable.

Lenore was busy cleaning shot glasses when an unusual surge of fear hit her. She peeked over her shoulder at the source. Clint McGreen was sitting in the area he normally was, but he wasn’t staring at the stage. Usually, Clint was one of the very few customers Lenore could stand to be around. He was hardly ashamed of anything. He was an arachnophobe, though.

Following Clint’s line of sight, Lenore spotted another man. There was nothing special about him. He wore a basic white, button-up shirt and a pair of slacks, like he had come from his office job. He had an average height and build. He sat, relaxed, in a chair, just like every other patron. He had a low line of unease running through him. Everything was normal. Even still, he had Clint McGreen shaking in his seat.

Once upon a time, Lenore thought spiders were Clint’s greatest fear, but it seemed to have changed. The pain that raced down Lenore’s back, the urging and prodding, told her just how dangerous Clint thought this man was.

If she kept washing the glasses, she couldn’t keep watching, so Lenore switched to wiping off the countertop.

The strange man turned towards Clint, offering a nod of acknowledgement. After Clint just kept staring, the stranger rose to his feet. He leaned over Clint, who was now pressed back in his chair.

Even from a distance, Lenore could see Clint’s eyes flash a bright, glowing orange. The stranger put his hand on Clint’s shoulder and —

“Hey, what are you looking at?” Lenore’s fellow bartender Damon leaned in next to her, crouching down slightly to be at her exact height and everything. “Nothing interesting, I see. Worried about finals?”

Lenore flicked her eyes back to Clint and the stranger. They were gone. “Yeah, I guess. They’re not for another two weeks, though”

“What about that presentation you were talking about?”

“Oh, that, yeah, I was hoping to do some research at the town library tomorrow instead of just the university library. Maybe they have some different stuff there.” Lenore’s voice sounded wispy and distracted, even to her.

“That sounds like a plan, which means you’re all sorted, which means you’re ready to help me with the orders that have been piling in,” Damon said. He marched back over to his side of the bar. He stretched his lanky arms all the way up to reach several bottles of gin on the top shelf. “Get moving, or we’re both getting pay cuts.”

“Excuse me, but I’m invaluable,” Lenore reminded him. She accepted the bottle he handed her, as well as the list of orders.

Damon’s dark eyes narrowed. “You’re just told that so she can pay you less without you noticing.”

When closing the building later that night, Lenore walked around the floor, collecting leftover glasses and tossing out soiled napkins. When she approached the chair that Clint had been in, she noticed something odd along the back. It was a smear of red, already turning brown at the edges. Lenore went and dug the sanitizing spray out of the back room and wiped the blood up with a scowl on her face. 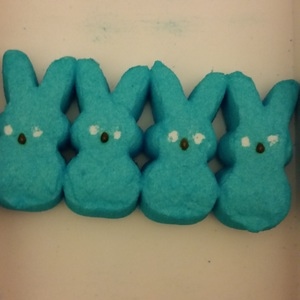 This is the first web novel I've ever tried to write, so I'm sorry if it's not off to the greatest start. The formatting is a little odd, and I'm still figuring stuff out. Happy to hear what people think. 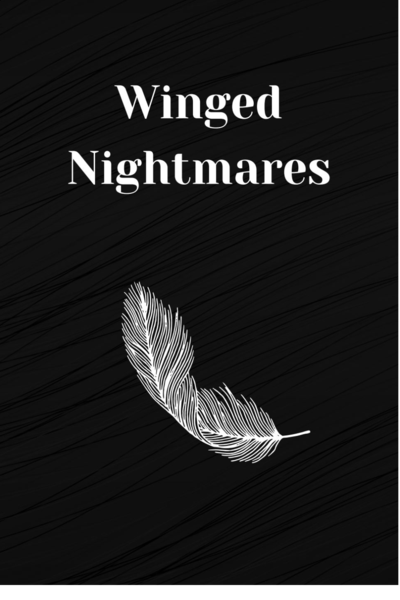 Everyone is scared of something. Lenore Walker knows the deepest fears of everyone she meets. She also knows their everyday worries, failing a test or leaving the oven on. The terrors flash through Lenore's mind whenever she looks into someone's eyes, and every time, she is so tempted to foster that fear. It would be so very easy.

For as much of a monster as she was born to be, Lenore has made a great effort to not be scary, and for the most part, she's been rather successful. Why is it, then, that when she looks into one girl's eyes, Lenore sees her own face staring back as the greatest fear of all? Even worse, when members of the town start to mysteriously disappear, Lenore suddenly ends up the main subject of this girl's suspicions. However, this intrusive stranger seems to have secrets of her own that Lenore can't ignore for long.

Should be updating at least once a week.
Subscribe 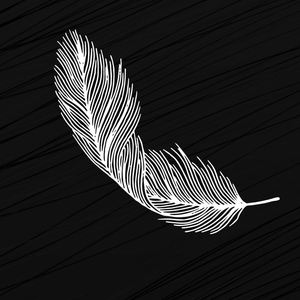