Seeing all the abilities of the ASL, Zarel’s face brightened up a bit. Maybe, just maybe with the help of the ASL, he could finally go home, but first, he needs to know what exactly does all these abilities do. ‘let’s start’ “ASL how can you use {Status Window}?” asking the very first ability listed on the window.

[Host needs to think or say out loud the word ‘Status’.] The ASL answered with its signature silky-soft voice.

‘Wait ‘think’?’ remembering he was technically talking to himself, Zarel felt a little embarrassed “Does that mean you can read my mind?” Zarel asked out loud.

[Only the thoughts the host wants me to know.]

Swearing to himself that he’ll relay his thoughts to the ASL by mind from now on. ‘Status’.  The window showing the ASL’s abilities was replaced by what Zarel presumes as the {Status Window}.

Zarel’s gaze locked at the {Status Window} or more specifically, his age, ‘it’s already been two years!?’ with a shocked face he inwardly exclaimed, calming himself down he continued studying the {Status Window}, his understanding of the ability {Status Window} greatly deepened but there were still words he couldn’t grasp properly ‘ASL, what’s mana density, mana control, and intrinsic ability?’

[Mana density is the measurement of how concentrated a mage’s mana is, the higher the mana density the stronger a spell becomes. Mana control refers to the level of control of mana a mage has, the higher the control the easier it is to manipulate mana and ascend to a higher level. And intrinsic abilities are special traits obtained by meeting special conditions.]

After hearing the detailed reply, Zarel nodded his head in marvel, if the very first ability of the ASL is this great what about the others. With excitement, he grabbed a rock the size of a child’s fist from the ground, then froze, ‘ASL how can you use {Analyze} if I don’t know how to use mana?’ with a tone of speaking to another human than a machine or item.

‘Oh, sweet.’ Zarel rejoiced. He felt something moving from all over his body to his right arm then to the right hand holding the rock then oddly enough the feeling ended there or rather faded away. The window showing his status was replaced with a different window showing the rock's information.

{Analyze: Stone Rock: A common rock found in the planet Grav, has an ashen color, and is as strong as a regular rock known to humans.}

Zarel stared blankly his eyes seemed to be hazy, ‘Planet Grav, not planet Lutos?’ He quickly searched for a different rock after searching around he found another rock the size of a finger. ‘ASL {Analyze}.’ The same feeling of something moving inside him occurred again.

{Analyze: Stone Rock: A common rock found in the planet Grav of the Bril solar system, has an ashen color, and is as strong as a regular stone of what humans know.}

Zarel fell to his knees, his hope of getting home was already slim as it was since he didn’t know where he was but now that he knew where he was, a new problem arouses, he was on a completely different planet on a completely different solar system. There was a slight inkling on Zarel's mind but he chose to put it at the very back of his mind. His eyes became lifeless. ‘How am I going to escape? Can I go back home?’

[Will you agree to use 7 soul-energy to activate {Calculation}?]

‘That’s right, I still have ASL with me.’ He was struck with the realization, ‘I agree!’ he answered instantly.

[Activating {Calculation},]
[Calculation: Problem: Stranded in a different planet. Variables: The desired escapee is a Practical level mage, Hostiles Ghoudians race, Distance between planet Lutos: is 74.00362489 light-years, in two weeks’ time, the Donan race will arrive to conquer the planet Grav. Solution: Increase mage level, secretly aboard the Donan race’s ship, further solution will be announced depending on the situation.]

The window showing the information of the rock was once again replaced with a different window containing the result of {Calculation}. While reading through the text, Zarel’s face brightened bit by bit. “haaaaa huuuu” by breathing in and out a couple of times, Zarel finally calmed down and fully digest what he needs to do.

“ASL, how can I increase my mage level?”

[There are two ways of increasing a mage’s level: the natural way, waiting for the body to slowly form a mage’s core station, contains no risk but requires a lot of time. The second way is forcibly creating a core station with the help of techniques, this path contains the risk of internal injuries and may permanently destroy the mana veins but has the quickest result.]

Zarel didn’t need to think of which path he’ll choose the only problem is that he didn’t have any techniques to increase his mage level, ‘How can I do the second option without any techniques?’

Remembering he’s still in a dark alleyway he immediately got up as if he wasn’t beaten up ten minutes ago, following a route that will allow him to exit the urban alleyways without being seen after two hours of walking he finally exited the alleyways, heading west he walked another 4 hours.

4 hours later, the sun was beginning to set, Zarel arrived with an armful of fruits varying in colors and dried branches, in front of him, is a cave near a stream surrounded by large metallic scraps in the outer section of the forest.

These red crystals are a type of elemental crystal known as fire crystals, they’re engraved with a special rune that allows the mana within the body of the person holding it to flow towards it, once the crystal receives mana it lets out a simple spell.

After finishing all five fruits, ‘Alright let’s do this, ASL what do I need to do to use {Library}’ he asked with a serious tone.

[To activate the ability {Library}, you need to think of the word ‘Library’.]

Zarel opened his eyes, he seemed to be inside a wooden floor room that was lavishly decorated with indoor plants, wooden chairs, a table, a carpet, a leather couch, and even a brick fireplace with rustic wooden walls and oddly enough there were orbs each emitting different color lights floating around, in front of him was an orb of mercury silver light.

[Welcome to the library. What will you be needing?] the mercury silver orb welcomed with a silky soft voice.

‘ASL? Wait, library? This doesn’t look like a library one bit!’

[This is created with the host’s most comforting memory]

Zarel looked around thoroughly, now that he thinks of it, this comfy room, or rather a cabin was where he and his family always go-to for winter vacations. Everything’s a one-to-one copy except for those floating orbs

“ASL, what are those floating orbs?” Zarel asked out loud, since the ASL said this place was something created from memory then there won’t be anyone here

[Those orbs are called recollection orbs.]

[What will you be needing?] The ASL asked again.

Zarel finally remembered why he came here, “I need something that can help me increase my mage level.”

[What will the requirements be?]

[To locate for what the host wants from any techniques and spells.]

“Oh. Okay then, I want something that will make me the strongest.” Remembering that he needs to infiltrate a ship of an unknown race, he foremost needs to be strong no questions asked.

“Now that I think of it, ASL what’s soul-energy?” remembering that he used 7 soul-energy for the ASL to use {Calculation}, and now he was being asked if he wanted to use soul-energy again to obtain the technique. Was soul-energy some kind of currency?

[Soul-energy is the energy of a soul that is being contained by the ability {Soul Count}.]

[The ASL is created to assist its host, a mutualistic relationship. The host collects souls by killing, while the ASL helps contain the soul-energy and the memories of the souls. The ASL will ask for a justified number of soul-energy in exchange for knowledge, techniques, and spells.]

“You said ‘mutualistic relationship’ then what do you do with the soul-energy?”

[The soul-energy exchanged will assist the ASL for further evolutions.]

“Evolutions, what happens when you evolve?”

[The ASL will have new abilities and other evolution paths once a certain amount of soul-energy is absorbed.]

“New abilities!!?” Zarel shouted in shock, the current abilities of the ASL were already beyond his imagination but it turns out the ASL still can have new abilities. How OP will the ASL be when it fully evolves.

“Can I ask how many soul-energy do you need to have a new ability?” he asked his voice laced with excitement.

[The amount of soul-energy to evolve is unknown.]

Immediately after agreeing, the window released a bright light then changed into a white recollection orb. Then it flew towards Zarel’s head. Zarel furrowed his brows from a slight headache, memories of the owner of the ╫Perfect Core Creation╫ technique started to flow into his mind.

After 3 minutes, the memories finally finished, and the headache disappeared. Zarel slowly opened his eyes, he was no longer in the room with floating orbs instead he was back in the cave, glancing at the cave entrance it was already late at night. Nevertheless, Zarel smiled, he now can see a light of hope. Zarel wanted to create his core station but was unable to, due to his mind and body begging him to rest. The beating followed by the ASL’s assimilation then walking for more than 8 hours today, the rollercoaster of emotions he felt, and learning the ╫Perfect Core Creation╫ technique placed great strain on his body and mind. He fell asleep on the ground but still didn’t mind it all. 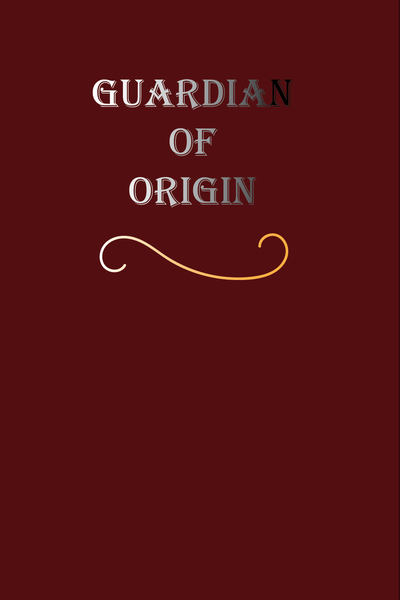 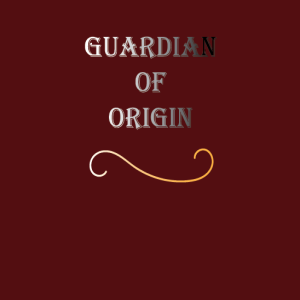