Beware, minor spoilers follow. This is a teaser for Beyond the Void, season/book II, titled Tyrant's Ebb.

A dead end. For beyond that lie only the harsh and unforgiving Iorduk desert and what was now known as the Shatter. The remains of the lands surrounding Daugar, once the founding seat of power of the Eternal Empire.

Beyond that, Layla’s wits failed her. Surely, she was not the only one who was thinking that these three legions were headed to their doom. Along with the refugees who had yet managed to stay ahead of the battle. Along with her family and the people from her village.

Were Ruben’s words the only truth, the demons simply tiring them out, driving them into a corner, so when the time came, there would be no escape from desperation? It was obvious the Shadow-spawn held the advantage in every way possible.

How many humans had lived in Iordur during its last days, Layla wondered? And how many had turned, chosen to awaken? Thousands seemed a small number. The Empire, at its peak, had been said to cradle over ten million souls. With the fall of Iordur and the lands beyond the Greater Spine, it had been whittled down to a quarter of that number.

And after countless years of existence alongside the demons, there was little known about them, their wants, their goals. If you met one, you could be sure that it would kill you, feed on your soul, tormenting you for tens or even moons before it had its fill or attempt to turn you if it found you strong enough.

What frightened Layla most was the inability to fully voice this fear before the unknown. The other soldiers marched on, so to speak. And she followed suit, somewhat content to be in this unified mass of souls. Content to bury her fears and desires somewhere they would not hurt her.

But sometimes, she would still pray, call on the true name of the Other One. And the visage of the man would sharpen in her mind. Only, as it became clearer, she began noticing the outlander’s disapproving scowl.

With an even more uncomfortable shiver and itch in Layla’s body than the sensation caused by the flashfire elixir, she heard the outlander’s voice growl in her face. And following that, she could hear the sound of shattering chains.

New gongs sounded from the head of the column. Demons ahead, waiting for them at the last bridge over Irbis. Was her family safe?

Layla vaguely heard the half-panicked orders from the officers telling the column to halt and prepare for battle. But the rest did not concern her as much as the visage of the outlander that still kept scowling in her mind’s eye.

She briefly heard Sethian wonder if they would try to break through or flee north.

Still, the god eyed her. Layla pleaded him for help.

Gongs told her the refugees and the few companies assigned to them were already in battle.

‘Please!’ Layla kept pleading. But in her mind, her own voice was soundless. And the thought angered her. It was her mind. It should have been under her control.

Whistles and more gongs from returning scouting elements meant they were surrounded on three sides, and the officers began adjusting the formations.

All while in her mind the visage of the outlander kept becoming clearer and clearer.

Layla was certain of her existence, her own being, but reality tried to elude her.

Until a savage roar from all across the plains, erupting from human and demonic throats, brought a strange trance upon Layla.

In a matter of moments, she was in the middle of brutal combat. Swords were flashing, drawing the thick orange sap-like blood of stalkers and varra. Flashes of power and the seething mass of demons ahead of her. Demonic snarls and human rallying cries mixed in her mind.

And within Layla, peace.

What had begun as a warm swirl when her powers were awakened those two moons past was now turning colder and colder. As if a blade fresh out of the heat of the forge was now tempered.

The demons pushed them off the road, onto the grassy plains and ever northward. Somewhere beyond the Shadowwatch regulars, there were cries of panic, pleas to the Makers and still the rallying cries of the officers that were now unable to hide their desperation and fear.

‘Makers.’ And the visage of the Other One laughed.

And then Layla laughed alongside the man. And this time, she could hear her own voice. Her laughter growing to a turbulent shriek for the briefest of moments, until it died and all that remained was a single truth in her mind.

‘There is power in you. Power in every soul that dares answer the call of its true heart. Power in those that dare to look beyond the heart of it.’ The outlander’s voice calmly explained.

This frozen vastness that was new to her now reached the cold core of her own flow.

Halting her retreat, Layla drew on this connection that was born inside of her. And as she advanced, a jet of black and white lightning tore a dozen demons ahead of her into thick grey dust.

The force that emanated from her momentarily tore the breath from her lungs and sent countless shivers down her spine. And even as mind-numbing pain spread from her left hand and the side of her head, she knew her body would not give. She advanced two more steps, dropped her useless sword and unleashed more of her flow, tearing more of the unaware demons to dust.

And with the third conjuration, Layla became aware of panic among the demons. Became aware of the Shadowwatch regulars aside her resuming their fight and their spells accompanying her void-infused conjurations back towards the road.

The demons, now in a rush to extinguish or flee from the tiny soul that would decimate them, became blind to the conjurations of the Shadowwatch regulars. In trying to reach Layla, the demons were killing themselves and those fleeing simply left themselves vulnerable to whosever flow got to them first.

And just as the demons had broken into their formations with vicious glee at the start of the first battle ten days ago, now the Shadowwatch regulars cut into the disarrayed lines of demons with renewed hope.

Alongside the blossoming hope, the void inside Layla blossomed further, taking the shape of words. Words long forgotten and even forbidden. Among this flood of knowledge, the words portrayed a weapon, once called forth by the Bloodied Emperor, using two raven single-edged curved blades. But it was so much more.

The world quaked in response to Layla as she invoked the first voidwords in over countless Ages. The sky rumbled, and the blue darkened where the edge of the raven glaive pierced this world. The gigantic visage of the double-edged glaive, made of Akresh and Balaar, plunged from the skies down onto the hordes of demons.

The battle reached new heights of savagery and Layla’s voice, imbued with the power of the void, still echoed across these plains long after the glaive had caused its destruction and vanished. 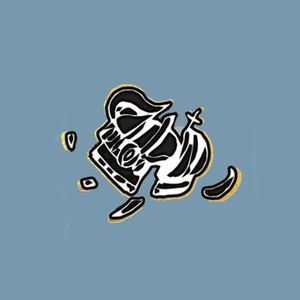 This is a small teaser of things to come in season II. Last we left Layla, she was on her way to join a contingent of soldiers fresh out of Shadowwatch on Tristen, sent to reinforce the unsettled atmosphere in the Imperial capital, Ironcourt. 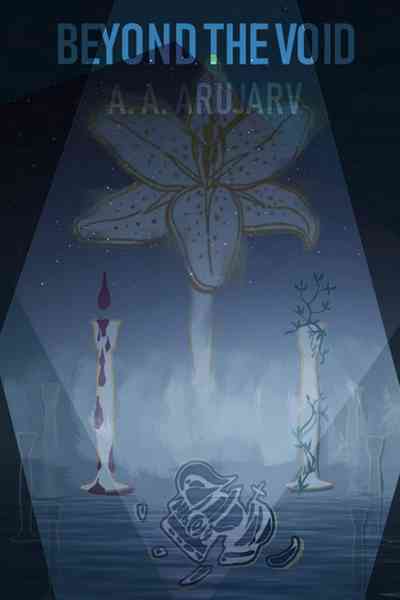 A dreary age has lasted far too long, and torpor has seeped deep into the hearts across the continent of Tavran.

The Prince of the Eternal Empire of Tavran must steel himself to reclaim the legacy of his predecessors. Pressured into rekindling the hearts of an entire continent, he must face turmoil within his family and among the nobility of Ironcourt.

Yet, due to this vain fight, the Imperial Capital is about to become a battleground between other souls, cursed by vicious powers and even more desperate hopes.

As the Mark of the Other One blossoms, a scoundrel from the Freehold of Whitefall, the High King of the Alyar, and the last refugees from the home world of humanity march upon Ironcourt. 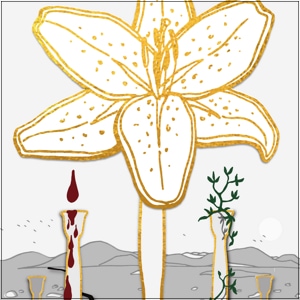