Her name was Riley. And if I was a breeze, she was a forceful gale of wind. She was strong and tall and loud. A part of me was disappointed I had never noticed her before. Once I had noticed her, suddenly her image infiltrated every sense of my days. I still wasn't very sociable with others but around Riley, I became different. Years of silence melted away. I joked with her. Played stupid games. I braided her hair. I cried with her. When no one was looking I kissed her. I held her close, nails scratching down her back. Fingers tangled in her hair. Breathes between gasps.

There were times where I felt we were the only two people in the world. We would meet up in the school bathroom and spend time together in the last stall. Sometimes she would pull out her cigarettes and smoke, making me cough as a result.

"Those are gonna give you lung cancer." I said.

"Yeah? Probably. But the worlds going to shit anyways, might as well take a drag."

"Have you watched that new anime? I told you where to watch it for free. It's really good." I said.

She laughed, blowing an inhale of smoke from her nostrils.

"I did. It was fucking stupid. The girl has superhuman powers but she needs main protagonist guy to save her every episode? She gets naked to make the "best conduit of her powers" and they do that weird Japan thing where they fuck but they don't. They just... get close enough to it."

I snorted and laid against the wall of the stall.

"I thought it was kinda cute though. Like I know it's kinda sexist but what can I say? I enjoy the stupid plot and boobs." I said.

Riley stood up and took off her top, exposing her bra before me.

I smiled and grabbed her close to me, smelling the sweet smell of her rose scented shampoo.

"Yeah. You're really out here making a case for 2-D girls." I whispered.

She laughed into my shoulder and I knew this was it. She was the one. My one true pair. The only person who could bring me joy. Riley had become my everything. She took the pieces of myself I hated and turned those pieces into strengths. God with her - I could do fucking anything. I would daydream about growing old with her. Getting a cat with her. Writing my stories and her… See that was the thing about Riley. I could never really picture her future. Yet I knew, we would be together forever.

She was the only person who could completely destroy me. And the sad part is - she knew it.

We stayed together, doing everything together. Time passed. I started to realize she was changing.

The more I smiled, the more quiet she became. The more I waved to others, the more she slammed doors. I had become friendlier with a majority of my classmates. I no longer stuck to just myself. And yet, she seemed to extend her distance further. I wanted to say something to her. "Hey what's wrong?" "Can we talk this through?" "Is the reason you're like this because of me?"

I couldn't say anything. I wasn't brave enough. Or maybe I scared to challenge her and lose her. Where are you gonna find someone who loves you again? I was selfish for thinking that.

Because of Riley’s actions, people began to resent her. She fed upon their anger and started to spiral out of control.

Screaming at me in the bathroom, Riley grabbed my wrist and held me against the wall.

“What the fuck!” I shouted at her, trying to wiggle out of her iron clad grip.

Tears began to blink in my eyes.

“Riley, I was just becoming more like you. Isn’t it okay? To be more open? That’s why I fell in love with you. What happened to you? Why are you hurting me? Why are you so angry at me? I don’t know what I did wrong! If you just tell me what I did, I’ll fix it!”

She laughed and let me go, my bruised wrist falling limp to my side.

“That’s the thing. You can’t fix this.” She said and walked out of the bathrooms, leaving me behind.

Shakily, I stood up and looked at myself in the mirror. Snot leaked out of my nose, my eyes were bloodshot red, and my hair was ruffled and matted. I looked sick.

I decided to let go. Not of myself. I had to let Riley go. We were no longer a pair. She was going to kill me if this continued.

I ran out into the hallways after her, right as the bell rang for class change. I had to rip it off quick like a bandaid.

“Riley!” I screamed out and she stopped and turned around.

The other students around us became quietly, whispering amongst themselves.

In that moment, I saw a piece of her rough exterior break a little.

“No you’re fucking not.”

I stepped closer to her.

The students started to catch onto what our conversation was about and a few started to giggle.

“Fucking lesbos having a hissy fit?”

“I thought she was straight! Torrey, she ever hit on you?”

I had messed up. We were outed to everyone.

“Well if we’re gonna do this in public, let me just say this Guinevere. You could’ve taken me aside and told me! You stupid bitch! From the start, you’ve only tried to ruin me! I gave you everything! I made you who you are! You think you’d have friends without me? I decided to love you even though you’re not worth it.”

I started to cry as the crowd around me became louder. My words became choked in my throat. Again - I couldn’t say anything. My heart started to beat faster than I could take. I was hyperventilating in front of everyone.

I had betrayed her by outing her in front of everyone. I had become too selfish and flown too close to her warmth. Was I really supposed to be angry when I felt the fire ignite on me?

Keeping true to her spirit, Riley stood her ground as I cried.

“Honestly, I thought you were pretty cool Guinevere. The way you were just yourself. That’s why I was so angry. You’re just a blank slate, copying others around you. You think I’d find that attractive? It’s just sad. I thought you understood me. I’m not strong, you idiot.” She cried out. The cracks in her facade were clear as day now. I finally understood now. I could fix this.

But before my words could reach her, they were swallowed by the noise of the crowd. Riley ran. I couldn’t get to her through the sea of bodies. I was fumbling, reaching my out.

Not even a minute later, the entire hallway went quiet. A loud noise resounded outside the window. I ran to look outside and saw a body smashed into the concrete. It was Riley’s body. Only the birds made noise. And me. I screamed.

Riley had decided from the day she met me. I was not her one true pair. I was a suicide note. 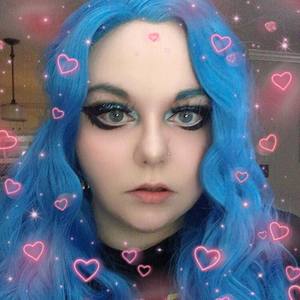 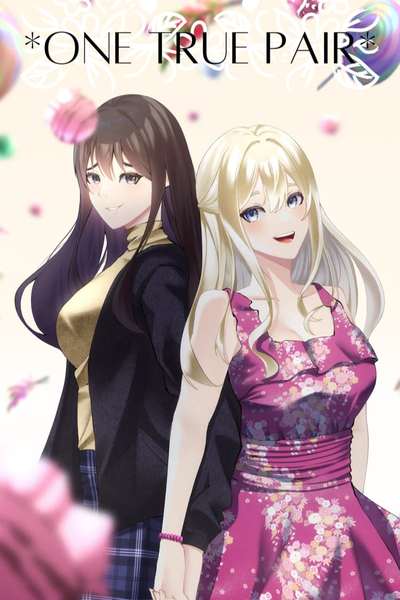 A tale of love born from mutual understanding and fandom culture.

A textfic/novel that blends two writing styles to show the lives of a smutty fanfic author and her pure hearted editor. Queen lives a live of seclusion as the real world is too much. Darling immerses herself in her work and bares her ideals freely. When the two come to work together, they realize they have a lot to learn about life than they thought... and maybe love as well.

Updates every Wednesday and Saturday. 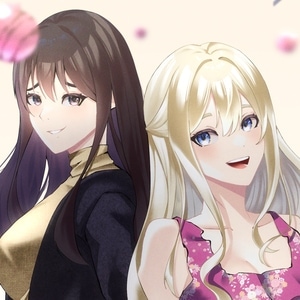