We lived in a small home on the outskirts of Vamora, a small town with a population of no more than seven thousand. My father travelled a lot for work and my mother had long hours at the hospital so I was on my own a lot. It wasn’t bad because I had Gabriella, my nanny. She was only older than me by five years so she was more of a sister to me having been an only child.

On the night of my twelfth birthday, me, my father who had flown in the previous evening, my mom who had taken the day off, and Gabriella were all seated at the dining table eating cake and enjoying ourselves when suddenly a loud knock came from the front door. My father got up and as he walked to open the door he briefly paused, “Who is it?” he asked.

There was no reply.

My father began to reach under his shirt but before I could see anything my mother grabbed on to me hugging me tightly. She kissed me on the forehead and whispered, “ Be brave.” She instructed me to follow Gabriella who led me from the dining room and out the back door to the backyard. As we walked out I looked back at my mother who was wiping tears off her face as she headed to join my father in the living room.

Gabriella lifted me over the fence and as I waited for her to jump over I heard a gunshot coming from inside the house.

I was overcome with paralyzing fear. My heart began to beat even faster.

Gabriella, who had climbed over the fence was trying to get me to move but all her efforts were in vain. My body had betrayed me and I couldn't move. The back door of the house opened and I could hear the voices of some men, none of which sounded familiar. Gabriella lifted me over her shoulder and began running with me. The men must have heard her because they began shouting and running after us.

Beyond our fence was nothing but miles of trees. It wasn't easy to navigate through but me and Gabriella had spent a lot of time in these woods. She was running to our secret hideout in the woods, a tree house we had built together when I was younger. She hugged me tightly one last time before sending me to hide in there. I climbed up the ladder and lifted back up. I looked out the window one last time to see Gabriella running in the opposite direction.

I waited in that treehouse for an hour. Then two, eventually turning into six which turned into morning. I began to descend from the treehouse and slowly headed back to the house.

I walked in through the front door and fell to my knees. My father's lifeless body laid in a pool of blood alongside my mothers. I tried shaking their bodies begging them to wake up but nothing happened. My eyes began to water up but no tear rolled down my cheeks. I opened my mouth but no sound came out. I got up and headed to the dining room, leaning against the wall was Gabriella holding on to her stomach. I ran to her side, hugging her. She let out a quiet scream urging me to let go.

“ I don't have much time Malekai, I need you to listen to me closely.”

She began to tell me what to do after she passed but I couldn't listen.

How could I? I was only twelve years old, I didn’t have what it took but I couldn't let her final moments with me end like that so I sat there and listened as best as I could but as her breaths grew shorter, I knew there wasn’t much more time.

“ Kai, you were the greatest thing to come into my life and I'm grateful for all the time I was able to spend with you. I hope you'll alway remember me.” Those were the last words she said to me before she took her last breath. I began to cry. I cried and I cried until my eyes and mouth had dried up. I laid Gabriella’s head on the floor and closed her eyes and headed over to the sink and tried to wash their blood off my hands but the more I rubbed, the more I felt angry.

I wanted revenge, I wanted to make them feel the same way they made me feel, like a big hole was put through my heart. I closed the faucet and made my way back to their bodies giving each of them one last kiss before I embarked on the journey Gabriella had given me. I walked out that door shedding anything left of the innocence inside of me. 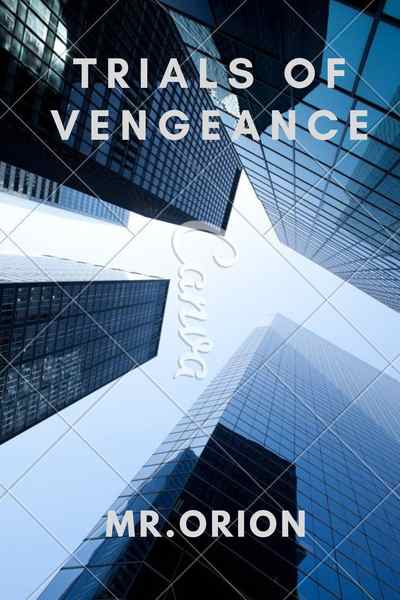 Driven by the murder of his parents, Kai moves to Las Rose and begins his journey for revenge.
Subscribe 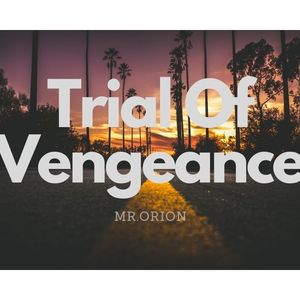