Reiss of the Eternal

The stars are the only witnesses in the royal palace, and they stay silent as to the many occurrences inside those walls. Once the kingdom of Ezohr is finally covered in its entirety by the veil of night, the lamps made of light gems lit up all at the same time. The sight of the royal capital of the demon people at night is quite possibly one the greatest views in the whole world, a collection of mountains hidden deep inside a lush forest, close to the farthest golden coast of the entire known land, away from humans and their petty squabble or the Dwarven politics.

Hurried footsteps echo through one of the many exceedingly tall and wide halls of the Escilax palace, normally at this hour of the night, such an occurrence was rare. Yet still, a group formed by three of the best royal maids, all of them wearing their signature black and gold uniforms stalk the empty halls, immaculate attire but dirty hands.

"Oh my god who had the genius idea of making the floors out of marble! Not only is it a pain in the ass to clean, but the sound of our bloody footsteps is so loud we might as well go around screaming our intentions!"

The one complaining is Antoinette, Anette for her friends, she carries herself with not much grace, puffed cheeks, and a pissed-off expression clashing with the so-called elven grace that all the members of her kind supposedly have.

She is a half-breed between a Dardani Zafrir and a long-eared servant of his, this combination resulted in a beautiful mixed-race elf whose skin is of a dark blue tone, this has earned more than one comparison with "the most beautiful of gemstones" So much so every time she hears this phrase, she will immediately reject her suitor. Annette's eyes are of a bright magenta contrasting with her pure white hair, this is also a reason for her popularity with the opposing sex, all of this combined with her youthful appearance and elvish beauty make her the recipient of many a wandering eye on every room in Escilax.

From a young age, she would copy her mother's every move, first, she kept on banging pots and dropping the spice holder to the floor, but, sooner rather than later she learned how to cook, clean, and tend to the Dardani, given her proficiency Anette's father used his contacts and put in a good word for her to become a maid at the palace; but, given this is a great honor for a young woman and a much-coveted position, she had to prove herself.

Little did everyone know, the young half-breed would grow up to be considered a prodigy, a once in a generation kind of genius, she became a royal maid at only 20 years old, and now after having worked for a few years, she was selected to be one of the very few, heavily scrutinized personal elite group of maids, hand-tailored to serve the miracle princess every whim.

"Shut your mouth your snot-nosed brat! Don't you dare speak ill of the royal palace, these halls have been walked by men and women bigger than your imagination, far greater than you'll ever be" Eleanor berated her for her comment.

"That's true Miss Eleanor, you are absolutely right, look at how big this stupid place is... they must have been huge!"

"Just stop before I kill you, Antoinette, focus on the task at hand, we cannot fail,"

"I know, I know I'm aware of the circumstances, I'm just annoyed at everything,"

"We all are, but we have a task to complete, and the royal maids never fail"

At almost two hundred years of servitude, she stands as the eldest of the maids and one of the few Rohen'ya working in the palace, a deer-kin at that, despite her humble origins and the side glances she used to get, Eleanor the deer, after having spent almost all her life working and perfecting her craft, after many walls had been erected in her path and she had destroyed them all... Was now a respected figure in the palace, no one looks at her funny and when she speaks, everyone listens.

"I'm sorry, but I will stand with Anette on this one Ms. Eleanor, my harms get mighty tired every time I as much take a pacing glance at this place, my body has a good memory, and it still remembers the times I had to clean every nook and cranny of the palace, I used to wonder all the time why they made it so big despite giants and ogres not being allowed to roam, wouldn't a big main hall had sufficed?" Elizabeth, the only Zafrir in the group sighed "I only pity the young lasses who will clean everything up tomorrow, I don't want to be in any of those shoes, that's for certain,"

Elizabeth was a pure Zafrir, a Shedim at that, her purple skin and big and rounded thin horns were the proof of her bloodline... And Elizabeth's personality, like many of her kind once enough time has passed, was of an "unpredictable, whimsical nature" that was the only way to explain the actions of some Zafrir, given time, they all just start doing whatever they want, Elizabeth herself was sailing the scale sea before growing tired of the life and deciding on a whim she would spend a few decades as a palace maid.

"You two are still green, but well, I guess you have time to take it slow..." Eleanor replied in a defeated sigh.

The three figures arrived at their destination, at the end of a long, now dark pitch-black hallway on the heart of the palace, the center ring where the royal family lives, a place where only the king, queen, and royal maids were allowed entry.

They stood in front of a heavily decorated door, as unnecessarily adorned as the rest of the Escilax palace, too much gold and polished marble, the finest silk curtains, and specially crafted furniture made from the rarest trees of the green sea.

"Liz, be a dear and give me some fire, I wouldn't be able to find my antlers in this dark," Eleanor asked and Liz complied, despite being several hundred years older than Eleanor, Elizabeth felt something for her, she had wisdom beyond her years and despite her relatively short life span compared to hers, this Rohen'ya had done more for the world than her, so Elizabeth felt a great deal of respect for the deer-woman, so quickly after meeting her, she had decided to play the faithful second place, her crew wouldn't believe their eyes if they saw their captain playing second fiddle to another living being.

Elizabeth opened her left palm and easily produced a small flame, strong enough to illuminate the surrounding area but not as big as to be seen from the outside, Eleanor then procured a small golden key from her front pocket and unlocked the door, at the other side laid a room big enough for a battalion filled to the brim with all kinds of toys and dresses of priceless quality, all of them spread on the floor as if they were no more than mere rags.

Without the need for words both Antoinette and Elizabeth stayed behind, covering their backs as Eleanor entered the room, the old maid moved silently towards a bed big enough to comfortably fit four people, there, she removed a pile of sheets made of the finest satins from Ori-Sha to reveal the body of a young Zafrir of the Illyria clan; the so-called "Miracle Princess" the only Zafrir to be born in over two hundred years, to the current king and queen no less.

One of the few princesses in Ezohr's history, who now laid asleep. Despite being a bit older, her body was that of a nine or eight-year-old, her skin was that shade of sickly pale white characteristic to her clan, her hair was fire red and cut short to not cover her cute pointy horns and ears.

"Time to go my lady"

Eleanor took the child in her arms, she didn't move, her sleep was infamously deep and could not be disturbed even if hell was breaking loose all around her.

"Is Mister Henry waiting outside?" She asked as the three Maids left that place with the princess in tow.

"Yes, I asked him nicely, I promised a nice reward, but he wasn't interested, that man accepted as soon as he heard it was for the prince's sake," Anette replied.

The three women walked through the halls of the Escilax palace, the fine silk curtains ripped apart, the specially made furniture broken beyond repair, the polished marble floor and lavishly decorated tall walls stained with blood and gore, the iron could be tasted in the air, but they paid no mind to their handy work, their focus laid exclusively on the child, the mission was to secure the princess, and the royal palace maids never fail. 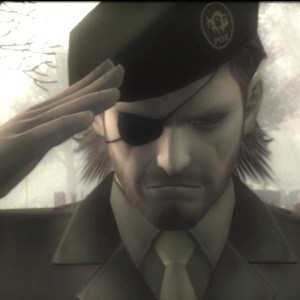 Ooo great start! And congrats on the subs 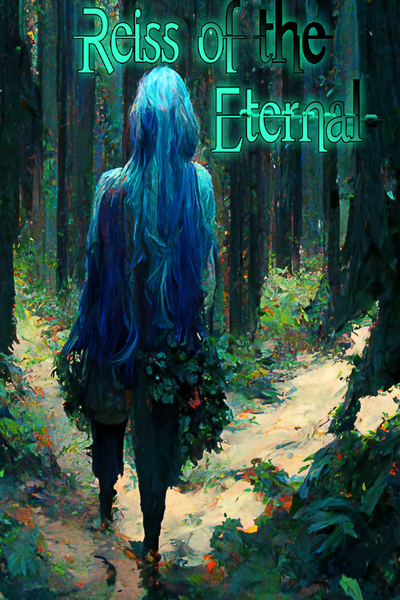 Reiss of the Eternal

Expectations suck and young Edwin knows it better than most. Born the youngest son of the second wife of a retired adventurer turned village guardian, he feels his life is being taken away from him, being shaped by what others want him to do.

What is he to do?

He’s the weakest and most untalented of his siblings, whatever he can do. Surely his older "grumpier" half-brother and "Unique" half-sister can do better.

If it was up to him, he would go out and brave the dangers of the world, dread wolves, dragons, giant sand worms, and gargantuan sea serpents. He would fight them all and live many adventures, turning his name into legend.

Sadly, things hardly go the way we want them to.

Lucky for him, the recent arrival of a mage to the coastal town of Hillside has given Edwin an opportunity, a chance that may change his life forever as outside forces play in the background with the delicate balance maintaining the peace.

Edwin will now give it his all to journey through the path of magic while learning about the people in his life and the circumstances that lead to his birth.

Wait, who's this girl, and why does she have horns?!

see you this Sunday! 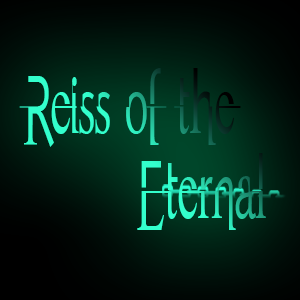