Asagao sat with her family outside. They told stories about growing up on Gold Bubble. Reminiscing on the memories of her home planet made her sad. Silka decided to tell her a story of the past to make her feel better.

“ How about I tell you more about how I grew up on planet Gold Bubble? “ she smiled at her

“ Yes please! “ Asagao got excited and grabbed some snacks to eat

“ Here’s my story about when I was a teenager…”

When Silka was just a teenager, she faced many challenges in life. Her parents were killed by a villain named Bone-Knay. He was once King of the Galaxy. Then one day he betrayed his people and wiped out thousands of his people and destroyed the planet. The only one who could stop him was Silka. She had the power of the Golden Bubble Crystal within her. That power alone can destroy Bone-Knay.

“ Lady Silka, you must train more…Bone-Knay is extremely powerful. “ One of her soldiers said

“ I promise I will! He’ll pay for killing my parents! “ A tear streamed down her face.

For several days, Silka has been training nonstop. She made sure to never slack off, everyone on Gold Bubble was counting on her to defeat Bone-Knay. She even learned how to control her energy since she has the power of the Golden Bubble Crystal and will need to use as much power as possible. When it was time to face Bone-Knay, Silka stood before him like a strong, proud warrior. He snickered at her and said

“ I thought Gold Bubble had warriors….not little girls to fight for them! “ he laughed

“ I’m not a little girl…I’m The Gold Bubble Goddess….Silka! “ she shouted at him and started powering up her energy.

“ Ah, so you’re the daughter of the weak King and Queen! That also means you have the power of the Gold Bubble Crystal…”

“ And you’ll never get your hands on that crystal either! “ energy started beaming from her hand and aimed it towards him. He dodged the attack and started shooting large black beams at Silka and her warriors. She was injured pretty badly and all her soldiers were killed. Then a young boy stepped in front of her to protect her. It was ForgetMe Dambo, Prince of planet Pink Bubble.

“ Another child fighting for their soldiers! How pathetic! “ Bone- Knay formed another large black beam in his hand and aimed it towards both Silka and ForgetMe Dambo.

ForgetMe Dambo formed a force field to protect him and Silka from the large beam. Bone-Knay groaned at the beam being destroyed. ForgetMe Dambo charged towards him and attacked him with his energy sword. He struck him through the chest, but it didn’t work. Bone-Knay kicked him in the face and threw him on the ground. Silka slowly stood up and gathered up more of her energy. The Gold Bubble Crystal appeared before her hands. Bone-Knay looked in awe at the Crystal. He wanted to obtain that power himself. He started charging towards her to get the Crystal from her but she had a force field around her. He angrily tried to break the force field down but it was no use. Silka put the Crystal above her head and the golden energy started to glow, the energy aimed towards Bone- Knay. In an instant he was destroyed. Silka fell down to the ground catching her breath. The power of the crystal took a toll on her. She went over towards ForgetMe Dambo to heal him. He sat up and said to her

“ You were amazing out there Silka…I’ve never seen you harness so much energy. “ He smiled at her

“ It was the power of the Golden Bubble Crystal, my mother used to use it during battles…”

“ She would be so proud of you…you mastered the power. “

The Gold Bubble nurses storm in to get the bodies of the fallen warriors off the battlefield. Silka bows at the fallen warriors and tears up. She wished she could have protected them more. She and ForgetMe Dambo left the battlefield and went to her Kingdom. When Silka became a woman, she got stronger and trained her soldiers to become just as strong. Her and ForgetMe Dambo became a couple. They were madly in love with each other ever since they were teenagers. They wanted to protect each other and even fought in battles together. One battle that would separate them forever. That day when the transparent enemy destroyed both their planets and people. Silka knew what she had to do in order to save ForgetMe Dambo. She sacrificed herself.

“ We will meet again…” Tears fell down his face

Silka gathered as much of her energy to destroy both her and the transparent enemy. A big beam of energy exploded. Both Silka and the enemy were gone. Not even a trace of them left.

“ You and Mr. Dambo were in love? “ Asagao smiled at her

“ Yes, a matter of fact…we’re still in love!” Silka smiled at ForgetMe Dambo and held his hand

Asagao looked at them dreamily. She too wanted to fall in love like Silka and ForgetMe Dambo when she’s an adult. She went over towards them and hugged them. They hugged her back. It felt good for them to be reunited and reminisce about their younger days on planet Gold Bubble.

They hope the future will be better for Asagao. 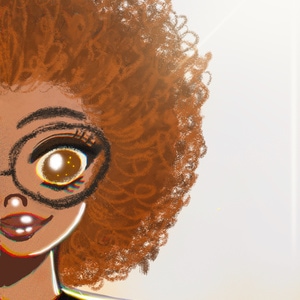 Backstories about Silka as a teenager and how she became the legendary Golden Bubble Goddess. 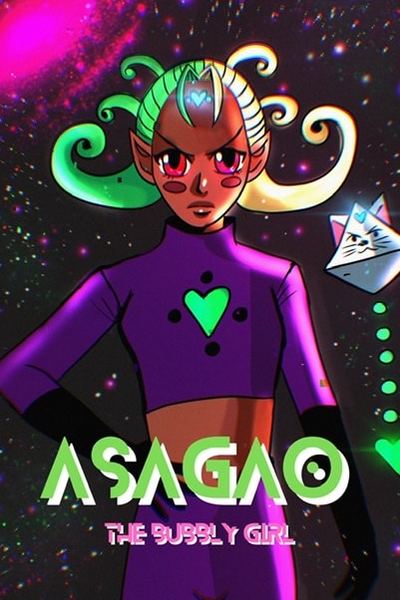 Asagao Awa accidentally lands on Earth, her spaceship is broken and then meets an old lady named Tentia Gina.
They bond over at couple days until Tentia falls ill and passes away.
Leaving young Asagao to wander.
Subscribe 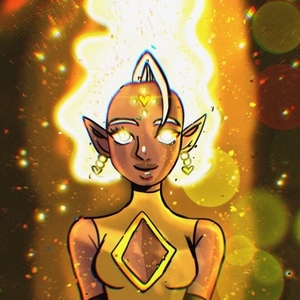