Based on the notes of Alice Fay Athenida.

I remember the snow.

Back then, snow covered everything for miles around. All the way from the main road to our house at the edge fo the forest, got covered in a thick white blanket. The road, flanked by sturdy elms and other trees, lined the sinuous way for the ten or so miles to the house itself. You'd see the gates before even coming into eyesight of Featherhill. Those iron and brick walls that only fenced one side of the property, while Broceliande flanked the other three.

Featherhill house had this particular property of the houses built during the Georgian Era, and adapted to live in the height of the Victorian Age. Though at some point had these cuts on the walls, which simulated walled windows, now those were actual windows, with lightly tainted glass and wooden frames. Indoor pluming, a must in the modern world, had to be added through the thick brick walls. Bathrooms installed in small linen closets, or personal studies, and even under the main stairs.

My father eventually would harbour hope on the marvels of the electrical prowess of the 19th century, hadn't reach that point yet. Still ten years from that point to the one when he bought stock of General Electric. For now, one of the new wonders that occupied his time was photography. Not dealing with the machines himself -he never had talent in any artistic endeavour besides architecture- but by hiring photographers who pioneered many of the techniques which became popular during the century. I always liked the result, but hated the process, much like him. I hated the stench of the chemicals, which lingered in the air and stuck to the curtains, rugs, and everything made of fibres.

Back when father lived in castles and palaces and whatnots, he developed a continuous hatred for strong smells. Assuming I inherited most of my joys and aversions from both him and mother, it's no surprise his despondence to smells developed in my own repulsion for them.

The wonders of photography played an important role then. Featherhill changed when December approached, as the Christmas Ball became known by the people of the isles as the event of the year. Royalty, nobility, the intellectual elite, and their magical counterparts travelled to my familial home in hopes of separating from the rest of the world. An invitation was a sign of distinction. If you happened to be invited, immediately put you in a different level than others.

But I digress. Keep doing that for some reason. You want me to continue?

Of course, I haven't reached the important part yet. Sorry.

The Christmas Ball of 1861. As far as I can remember, it wasn't as chaotic or strange as other years. Everything went, as my father used to say, "according to the planned schedule". Decorations put, glasses by the hundreds cleaned, and even the ancient rugs -which were there since the house was built- got meticulously cleaned.

Featherhill House changed every December, to fit as many guests as it could. Rooms appeared and moved around. Decorations made from tinted glass, holly, and blue and silver cloths, filled every nook and cranny.

Guests, as always, arrived a couple minutes earlier than the invitation said. This was not common protocol, but one imposed by my father to make sure no one had trouble arriving to the place. Featherhill was, after all, in the edge of an immense forest somewhere in north Wales. So, getting there back in the 19th century was a hazardous task. Trains, though common in Britain by that point, hadn't reached the area. Everyone managed to make their way by coach, horse, or, in one remote instance, hearse. No, not even I know why.

I came in contact with the watch around nine in the evening. It fell out of a guest's pocket. I saw it roll through the hall and land on my feet.

Unassuming. If I should describe the watch just by the looks of it, I would say so. Remember, please, this was a time when the usage of a pocket watch wasn't just socially acceptable, but the norm among people of many social classes. Time became, during the mid to late 19th century, a commodity which few people could affor not depend. Mass-produced, bronze, with the numbers painted by hand, as was the style at the time. Just a small hole where the key to wind it should go, and a little button on the side, almost invisible between the carvings.

As you may be very well aware, as a curious child, I didn't hesitate to press the button.

Everything changed after that. 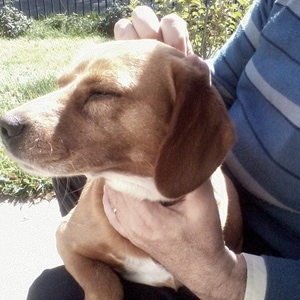 What a wonderful christmas present! Thank you so much for writting and posting it! I didn't expect it, even if -I have to admit- I have been revisiting your other novel wishing for more. Why can't we subscribe to authors? I would have been here from day one. Nevermind, I'm here just in time to watch the beginning of a new story... While I like the fantasy world in RAIN, I don't know how the change in narrator - and possible in characters- will turn out for me. I have become fond of the time period and characters from RAIN: Terranova, and even at the chance of revisiting them, I'll miss them. I'm equally parts excited and cautious about this story. Being it Alice's story, what kind of rabbit hole will we be getting into?

PS: Congratulations on your new novel, Sir, and Merry Christmas 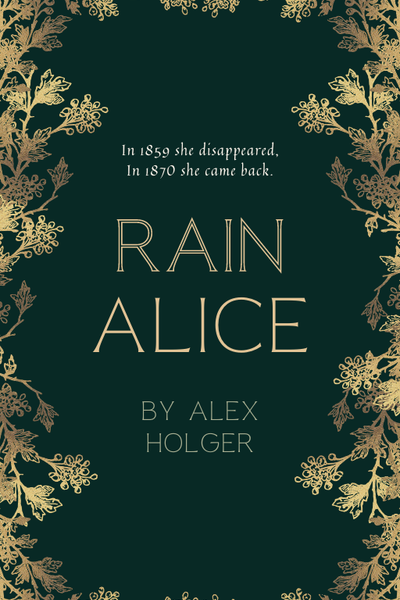 Incomplete.
Reworking of this work can be found here:
http://tapas.io/series/RAIN-Alice
Subscribe 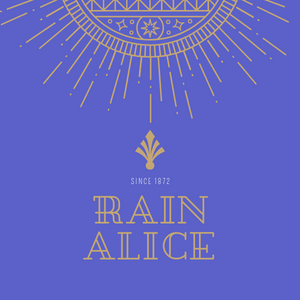