Lili had time to complete the Oh no in her head before the Duke noticed her.

He sat up quickly, brushed himself off, and was striding toward her before she had time to process what was going on.

“Miss Aurora.” He hesitated, one step shorter than the other, before he resumed his confident gait. “We were just talking about you.”

“Oh?” She smiled at Sybella and folded her hands to resist fiddling.

“I was informing Sybella that—”

“He said I picked a nice outfit for you last night!” Sybella made her puppy wave to Lili with a paw.

Lili of course waved back.

“I said that it was a pleasure to have you attend the banquet.” The Duke spared Sybella a glance and turned a smug look back on Lili. Which was about when he noticed that he was being smug. His expression softened again and Lili’s knees froze up on her.

“I meant to tell you that your music was the highlight of the evening,” he added.

Lili didn’t know what to say to that. He was extending a courtesy maybe? Or was he mocking her?

While Lili panicked, her mouth didn’t conveniently cover for her, and she watched the shutter close over the Duke’s expression.

“Is that all you said about me?” Lili finally said, making it playful to hide the thundering of her heart, and she was rewarded when his shoulders relaxed and he folded his hands behind his back.

“Maybe. I don’t think she asked anything else.”

“Well, I’m too much of a lady to ask for further details.” Lili couldn’t believe herself, but he, for just an instant, smiled at her, so she forgave herself for her shamelessness immediately.

The Duke’s smile brightened his face, added a shine to his eyes, and made him look both younger and also a bit more human. Like there was a second, maybe slightly less broody man under the Dark Duke persona.

Lili found herself staring at him.

He interpreted that as insistence.

“If pressed,” he began, “I would say that I spoke modestly about your dress due to Sybella’s influence. It did not escape my notice that—” His mouth snapped shut and he cleared his throat before continuing. “I also mentioned musical prophecy and how you don’t believe in it.”

Lili and Sybella shared a look.

“I know you’re shocked he mentioned it.” Sybella made sure her long exaggerated sigh was audible throughout the country.

The Duke turned his whole body to cast her a fond but exasperated look, and she jutted out her chin petulantly at him.

“If musical prophecy was a thing, people would talk about it more!” Sybella gestured to the Duke as he opened his mouth. “People who aren’t you!” She looked pointedly at Lili. “He talks about it all the time.”

“And yet you’ve learned nothing,” the Duke grumbled, and he glanced at Lili as if looking for support.

“It isn’t as though I don’t think it’s possible,” Lili hedged, while behind the Duke, Sybella’s eyes went round as saucers and she shook her head emphatically back and forth.

When Lili returned her attention to the Duke, she found him looking at her quizzically.

“You called it, and I quote: ‘Nonsense.’” The Duke’crossed his arms and his eyebrows rose.

“Well. It occurred to me,” Lili thought fast, “I have been known to be uncannily good at predicting future events.” She shifted her weight and ignored Sybella pantomiming for her to keep quiet. “And maybe that’s why you mistook what I said for, um, prophecy.”

“I know what I heard.” The Duke’s customary frown was back and Lili floundered for how to redirect the conversation.

“Yeah, you heard a pretty girl sing a song!” Sybella giggled at Lili and the Duke, who wore identical expressions of helplessness.

“You know,” Lili said because she would never let it go as long as she lived, “he did call me ‘almost’ pretty once.”

“He didn’t!” Sybella had gone from cheerful needling kid to woman standing in solidarity with a slighted friend. Lili nodded severely.

The Duke smelled trouble on both of them.

“At the time, Miss Aurora was in a more compromising position—” Sybella’s jaw dropped and he hastened to clarify, “Not like that! As in, she seemed to be spying.”

“I was sitting by the side of a road!” Lili—who had to distract herself from the thought of compromising positions—let her indignance show openly on her face. “Is every person by the road between Tresterville and Neilsland a spy now?”

“You are really very clearly from Tresterville,” the Duke pointed out dryly.

Sybella even grimaced her agreement.

And Lili of course couldn’t deny it.

“We were talking about musical prophecy,” Lili reminded him weakly, even though it was the last thing she wanted to talk about.

“We were,” the Duke agreed in triumph. “You were trying to take back that you called it ‘nonsense.’”

“Right.” Lili, even to her own ears, didn’t sound convincing.

The Duke was very smug.

“Well, I don’t think it’s complete nonsense,” Lili tried, and the Duke snorted at her again. “I do believe in magic, I suppose. Though maybe not that kind.”

“Perhaps you weren’t being quite honest with me? What a surprise.” The Duke smiled again but Lili couldn’t enjoy it.

She was lying to him.

And for better or worse, he knew it.

Are they allowed to make jokes when they’re walking on a tightrope of human emotion?? Who can say. 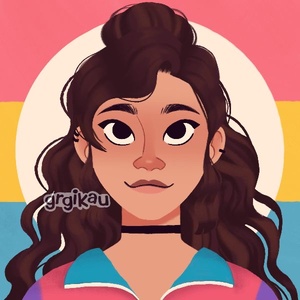 I love how, even if he knows something’s off, he’s willing to wait for an answer from her
Like, just as she noticed last chapter he’s not asking her to be something she’s not, feels like he’s really just trying to solve the puzzle she is