"Don't dwell on it!" Overseer Tian's shout boomed over the many voices which were now more focused on chatting than on training. By reflex, everyone quieted down as soon as Overseer Tian raised his voice. If they didn't do so, they were in for a small beating, and unfortunately, even a small beating from an expert like Overseer Tian was bound to hurt a lot, so everyone closed their mouths instantly.

"Start running around the field. Fifty laps, and then you can have a short break!" Yelling out the new instructions, Overseer Tian smiled with satisfaction as all the children started running.

Some of these students were already breathing raggedly because their cultivation levels were far too low, but surprisingly, some of the children kept running at a steady pace with only a few drops of sweat falling from their faces.

Leading the group of students was the young master, who managed to run at a decent speed. His complexion appeared relatively energetic, and his speed was nice and steady. Behind him ran his entourage of noble young boys, all of whom were sweating noticeably more than the young master.

Behind the entourage was Xu Min. Not even one drop of sweat was visible on his face as he managed to keep up with the speed that the young master set. Seeing how easily Xu Min followed them, Overseer Tian secretly mocked the young master and his friends because Xu Min, a servant boy, was keeping up with them without breaking a sweat.

The sun was high in the sky. Its harsh rays shone down on the children until their bodies started screaming in complaint from the mixture of the harsh sun and the strenuous exercise. More and more sweat started to appear on their faces and bare upper bodies as they kept running, one round after another.

Finally, the young master finished the fifty laps. Exhaustion was visible on his face as he dragged his worn out body towards the shade of a tree, where he sat down gasping for air with his eyes glued onto Xu Min and hatred shining in them.

The young master's entourage had long since fallen behind, leaving second place to Xu Min. Seeing how Xu Min, even now, had only a few drops of sweat falling from his forehead, anger twisted the young master's face as he gritted his teeth. He tore his focus away from the Xu Min, contemplating on how he would get his revenge on him.

Two days ago, Xu Min stepped into the realm of cultivators. He became a Student Warrior, and his strength was no longer something to be trifled with. He was slightly younger than the young master, but his cultivation base seemed to be even above those of ten years old and older.

The young master sighed deeply as he remembered how his father had handed another medicinal pill to him last night. It forced him to think that it would have been better if he had that insane cultivation talent himself, instead of this young kid from the servant quarters.

Thinking about this sore subject made the young master angry. Currently, he was able to keep up with Xu Min when it came to cultivation due to the many medicinal pills, herbal baths, acupuncture, and various other helpful methods he used to improve his cultivation. The only reason why he was able to use them was due to the fact that he was the oldest son of the Zhong family. He also had outstanding talent compared to others at his age, but despite all this, his talent was dwarfed next to Xu Min's; they couldn't even be compared!

He knew that even his father, the person he looked up to the most, had taken notice of Xu Min's outstanding talent. This was the last straw. The young master could no longer control himself. Anger burst forth, his eyes turning red as he looked over at the boy who was leisurely leaning against a tree. Xu Min appeared nonchalant and unburdened, as if he did not just run fifty laps around the field.

Their break was short, and as soon as the final person finished the fiftieth lap, Overseer Tian stepped forward once again, his voice booming out, "You need to learn balance. Put all your weight on your arms and slowly raise your body up, then lower it again. You are not allowed to touch the ground with anything other than your hands! The Student Warriors among you are only allowed to have their fingertips touching the ground!"

Hearing the instructions, all the students sighed deeply, but everyone did exactly as they were told. While the majority held their bodies up with their palms touching the ground, about ten children were supporting their entire weight on their fingertips alone.

"Don't fall down yet!" Yelled Overseer Tian after an hour had passed, as some students could no longer resist and started dropping to the ground utterly exhausted. "Get back up! Keep working hard! Balance and endurance are the keys to success!"

Everyone who heard Overseer Tian would think that his behavior caused his students to loathe him; however, he was a very well-liked man, and someone whom all the students respected.

The reason for this was very simple, Overseer Tian was previously a captain in the Royal Army, where he had legions of soldiers beneath him! He was a man of the world, a real Warrior with hundreds of amazing stories, someone who had seen blood and death. All his students naturally admired him.

The training took most of the afternoon. Xu Min enjoyed the training as always. He liked the feeling of improvement, and his dream was to join the army one day, where he could rely on his hard work to make his way up until he could become a general.

A general was a high ranking position in the Royal Army, and was considered the utmost pinnacle of cultivators. Anyone who became a general would be showered with riches and prestige, which would make their life much simpler.

Xu Min had no wish to become a general for the sake of fame and glory. No, Xu Min wished to become a general so that he would earn enough money to provide for him and his older sister. This position and wealth would also ensure that no one would dare to bully either of them ever again. 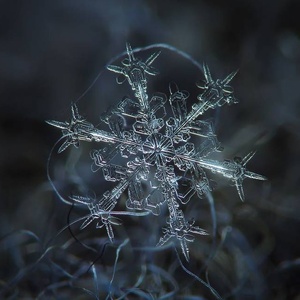 Breaking your rib fucks you up. Let alone in the midst of a severe beating. How much did that flower heal him?!