"Everyone has something that they want to hide. A dark skeleton in their closet, looming over them like a guillotine waiting to drop. No one is innocent, and if someone says otherwise? Well, then they have the darkest secret of all."

Waking up to someone was an odd feeling Kai realized the next day. Looking at Rafeeqa's sleeping face sparked a feeling he wasn't sure how to fully process... It wasn't that he's never been in a relationship or even had sex before. It's just... different. She looked so soft in the morning light that slipped in from his bedroom window. It was almost funny how it was both something that made his heartache but at that very same time made him so scared that he was almost incapable of moving.

He does however eventually leave the bed, slowly of course not to wake her. And shuffles into his kitchen. It was at the moment he realized that his once cool and unfeeling apartment had gained some warmth.

A small and felting fire.

He immediately threw himself into cooking to derail his thoughts.

Too much thinking always got him into trouble.

He was so lost in his craft that he didn't hear someone approaching until a soft laugh echoed behind him.

He turned to look at Rafeeqa. She even looked smaller to him. Possible due to the fact that she's usually in heels but still. She was dressed only in a button-down shirt, his no doubt, given that it just barely makes it to covering towards her thighs. The smile on her face was gentle, and her eyes were eyeing over the plates Kai had.

"My my, who would have thought that the great Bloodhound could cook? What else can't he do?" She teased as she stepped closer towards the kitchen.

Kai turns to her with a smile on his face. The food in his hands smells good and freshly made. He then motions to the dining table that was already set up. She sits and watches as he places plate after plate of food.

"Wow, you sure know how to flatter someone." Rafeeqa said eyeing all the food.

"Ah, well it's been a while since I've last cook for someone so uh.. it may be a bit much." He said taking an opposite seat to her.

It was a lot of food, much more than two people can eat. But Rafeeqa only gave Kai a smile.

"Well consider me flattered." She said taking a bite of her food.

They ate in peaceful silence, something that couldn't help but put Kai's nerves on edge. He thought briefly that everything was going to change now. Between them, that is, call him a skeptic but it was just how things worked in this city.

In a sense he was right, things were going to change. But the two of them weren't the ones.

The case they were on went from bad to worse real quick.

After a couple of weeks of nothing but dead ends, no new leads and basically nothing, the stations were pretty tense. Normally at this point, they would have gotten somewhere in the case but everything was too vague and no one in the company that Mr. Price's has been useful in the least. And for the most part, it would have been fine for this case to be marked as a cold case.

Briagas has had its fair share of cold cases after all.

But just as the case was about to be considered closed, another body shows up. And that was the moment that everything really changed.

The next body to be found was a familiar face, the slimy rental tycoon, Handa Maro. His body was found in the apartment that he had recently bought and was in the process of being renovated. It was arranged similarly to Mr. Price, laid out flat like an offering, a bloody line over his throat. The major difference between however was his hands were pieces through with a jagged metal road above him.

All very religious in a sense.

"Jesus Christ..." Morris hisses out as officers filter around the crime scene.

Kai's eyes took in the scene piece by piece. It was a mess, blood painted the floor all around Maro's body. The same bloody "See my truth" was splashed again on the floor nearby the body. Papers were scattered all around just like last time as well. Some were deeds to apartments that Maro acquired during the years, other was the exact same papers from before, however, this time there were more details. The papers from Price's desk were heavily redacted while these were more clear.

Almost like the killer was trying to paint a clear picture.

Kai scans over these particular pieces, to try and gather more info. The papers even though they were more detailed, were awfully unuseful since it appears like they were only a part of a whole report. The one page on the clinic trial went a bit more in-depth about how it was a trial drug for enhancement and recovery for damaged cells. There were a lot of medical terms that flew over Kai's head a bit but for the most part, it seemed like it was getting to its final stages but just needed to be put through human trials. Kai thought back to any notable clinical trials that had taken place. There were a few, some more well known than others but one, in particular, stood out in regards to this case. That mostly had to do with the name given to the drug.

He turns quickly to see Rafeeqa looking at him.

"Oh, it just ...I think this is about 'Truth'.. that experimental drug that was in clinical trials like 10 years back."

Rafeeqa's face seemed to take on a thoughtful appearance as her eyes drifted to the body then slowly back to Kai.

"Truth? How would you know about that?" Rafeeqa asks with a confused look.

It wasn't odd of her to ask given that Kai is technically supposed to be someone from out of town. Only been in the city for about 8 or so years as on his record and what he tells everyone.

"Ah, well it came up in a drug bust case during my first year on the force. It wasn't the drug obviously but still was good to know about." Kai said smoothly.

He honestly thought that now that they had taken on this .. relationship, that lying would become harder. But for some reason, it hadn't changed one bit. He wasn't sure what that said about him but honestly, he doesn't want to lie. It is just hard to truly trust this place.

Trust is a knife that when you least expect it can stab you in the back.

"Well, I doubt it that. I mean Truth died in the clinical trials years ago after all. Was too unstable for human usage from what I heard."

"Yeah, that what the reports say anyway. But this scene and Price both have the words" see my truth" written on them. So maybe the trials didn't go well, but someone got their hands on some."

Rafeeqa laughs a bit and shakes her head.

"No way, Restore Pharmaceuticals would dare let any of their creations go and wind up in some petty drug bust? You do know who their partners are right?" Rafeeqa said with a small laugh.

Kai did know, it was in every damn commercial that Restore Pharmaceuticals ran for any of their new drugs/medications.

A fact that makes it almost impossible to think anything could have leaked from the Pharma company. Lance Halloway was a lot of things,  but Kai will admit that man was brutally efficient. He didn't support or accept failure or being dissatisfied. And it was true that drug failed during clinical trials something Restore Pharmaceuticals quickly brush off and then moved on to the next.

"What do you mean you don't know anything?!"

Kai and Rafeeqa both turned to where they heard Morris's angry voice. He was talking to another man, smaller in build with dark color hair and equally dark colored eyes. He was dressed in a dark suit and looked like he could honestly wish to be anywhere else but here. This was Maro's lesser-known business partner, Kyle Thorton. Where Handa Maro made a point of showing up at every point to flaunt his wealth, Kyle was the opposite and in Kai's opinion, a better businessman than Handa was by far. Still ruthlessly ambitious but still, he at least didn't get off on further demoralizing people.

"What part of "I don't know" don't you fucking understand?" Kyle said with a  grunt as he take another puff of his cigarette. "I'm his business partner, not his fucking mother."

Another vein seemed to pop on Morris's face which made the surrounding area feel like the temperature dropped a few Celsius.

"So let me get this straight, you are trying to tell me that Maro texted you to meet here this morning and you just found him like that? Are you fucking kidding me?" Morris said with a hiss, arms crossed tightly over his chest.

"I didn't kill him, if that what you're worried about. I mean why the fuck would I? And even stupidly enough come here and call you guys?" Kyle said with a careless shrug and motion around. "I'm not an idiot."

It was very unlikely that Kyle would kill Maro given that they were just about to close on another building and Maro was leading it. Also given the reasoning he just gave, why would he be stupid enough to return here. Also given that the police would suspect him first, seems a bit careless.

"Why don't you ask the peanut gallery over there, I'm sure plenty of them would have loved to skin the sick fuck." Kyle said with a nod to the side.

That was another issue in itself.

Kyle mentioned the slowly forming crowd outside of the building, probably the same crowd from days ago protesting the construction. This was going to get messy quickly. Morris grumbles and then waves Kyle off.

He then turns and his eyes pinpoint of Kai.

The dynamic has changed between Kai and Rafeeqa while things out the outside go from bad to worst. 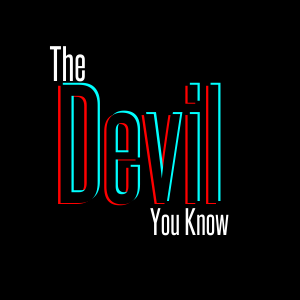