Kyoko returned home after finding such a strange piece of jewelry. She promised that she would bring it with her the next time she hung out with Satoko so they could try to find out where it had come from. For now though, it was time to rest, Kyoko was in bed, holding the jewel in her hand, lifting it up above her head as she stared endlessly at the rich blue gem. As she was looking at it, she squinted, just barely making out the reflection of her distorted face in the gem itself. Right then, she realized something. The gem’s color was the exact same as her hair, almost a perfect match in fact. She got up off her bed and moved into the bathroom, looking into the mirror at the gem and then to herself to confirm her theory. It was uncanny to her how similar they were. Was this just a coincidence? Or maybe she was meant to find it. Her tired brain couldn’t really expend the energy to try to decide which it was. It had been a long day, as it usually is when she spent time with Satoko in the treehouse, and she needed to get some rest for the next day.

Once she returned to her room though, something seemed slightly amiss. Her window was cracked ever so slightly, letting in a cool breeze that alerted her to the change. She moved over to it, wondering if she had been the one to open it and just forgot. While she was lost in thought, she heard the sounds of quiet shuffling of small feet in her room. She panicked, quickly turning around to try to identify the source of the noise, as soon as she did, her eyes locked with something strange, an almost mustard colored light furred ferret, standing there, looking up at her with appraising eyes. Kyoko’s gaze met the ferret’s and there were several long seconds before there was any noise made at all.

“Oh my, how rude of me. I apologize, I’ve just been staring the past few seconds. Pardon for the intrusion into your beautiful room, my lady, but I believe there is something I must talk with you about.” The ferret spoke in a surprisingly well put together and gentle tone.

“Umm… Alright, I see what happened. I fell asleep while looking at this thing.” Kyoko looked into the gem and then squeezed her eyes shut. “And now, I’m going to wake up!” She said, opening her eyes quickly.

“Pardon?” The ferret asked, tilting his small head to the side. Not registering his words and realizing that nothing had changed and the ferret was still there she decided to escalate things. She started to pinch her arm until the pain became a bit too much.

“Ouch!” She uttered through gritted teeth. Once again, the ferret still stood there.

“Miss, you mustn't hurt yourself on my account…” He spoke, a touch of worry beginning to form in his voice.

“Okay, one more time…” She looked to her dresser and threw her arm out as hard as she could against the hard wood of the furniture, causing a ringing pain to shoot throughout her entire arm, leading to a silenced howl from Kyoko not wanting to wake up her parents.

“P-Please, I promise you are not dreaming, this is quite real!” He called out, his head darting around desperately, before he took a couple steps closer to her. “My name is Takeo. I’m not really a ferret, I took this form to more easily appear less threatening.

“Ahhhh…” She let out a deep breath to come down from the pain she felt. “Okay yeah… let’s go with that for now, so I don’t break a bone or something.”

“I would very much prefer that.” He nodded his small, cute head, relief washing over his face.

“Okay… names. I’m Kyoko. You said you’re Takeo… Nice to meet you! I-I think.” She wasn’t really sure exactly how to process this turn of events.

“I should hope so!” He smiled. “Allow me to explain why I am here, hopefully I can clear up some confusion.” He pointed towards the jewel with his stubby arm. “I believe you’ve come into possession of a very powerful artifact called an Elemental Gem. These are magical jewels that are very important in preserving the safety of the world that I come from, the world known as Eden.” As he spoke, Kyoko continued looking at the gem, hearing that she was holding some kind of artifact, filled her with a sense of awe. “And do not worry, I’m not here to retrieve or steal the gem from you, far from it. I believe that this gem was meant to be found by you.”

“So like some kind of destiny? But I’m only 11…” She took a seat on her bed and held the gem in her lap, no longer looking at it, but paying full attention to Takeo.

“It’s nothing rare in our world for those with the vigor and passion of youth to be chosen by these gems. In fact the purity of young ones, such as us, is often one of the reasons why we’re not distorted by the twisted desires of the Kingdom of Chaos.” He nodded his head reassuringly.

“The Kingdom of Chaos? That’s scary… it sounds like something out of a storybook.” She frowned at the name.

“Indeed. They are currently the ones threatening my home… And why I’m seeking out these Elemental Crystals, such as the one that you found, as well as their wielders to assist my home in combating this kingdom.” He let out a sigh. “But until today, I haven’t had much luck in that department. The crystals are scattered all over your world.”

“And I just so happened to stumble on something so important? Surely others have found some too, right?” She asked, a small amount of pride and excitement welling up inside her for having found one.

“Yours is the first that I’m aware of to be found, the Water Crystal. Swift as the flowing rivers and strong as the cascading waves of the ocean.” He smiled, noting her excitement. “Can I assume by your eagerness that you would be willing to help me seek out more?”

“Sure! If I can help people in trouble like yours, I feel like I’ve gotta do it, right? My momma and papa always told me that it was my responsibility to do what’s right if I can!” She hopped to her feet again, the excitement practically oozing from her every word. “But… You said this crystal’s really powerful, I don’t really feel any different now that I’ve found it.”

“In time. The power often comes with time spent attuning with the crystal, bonding with it. Protect it, and in turn it shall protect you as well.” He looked at the gem now hanging at her side.

“Definitely, this thing’s as good as protected!” One question in particular lingered in her mind throughout this explanation though. “You said you’re from another world? Eden? Do you mean like… another country?”

“No, I do mean it quite literally. I’m from another realm, as you said, Eden. It has always been connected to the Earth, though very few residents of your world know about mine. It is a beautiful place, slowly being turned away from its roots, and perverted into something awful.” His voice began to crack, as if he were on the verge of thinking of something that was bringing tears to his eyes.

“That’s terrible… You’re really cool and brave for leaving your home, to try to find these things to save it, though. Especially for something so small like you!” She held her hand out, comparing their heights.

“As I said… this is a form I adopted to seem less intimidating. I must wait until I leave to return to my normal form. I assure you, I’m much taller than this. I am 150 centimeters by your Earth measurements.” He stated proudly. Though that was hardly taller than Kyoko herself.

“I see.” She smiled, seeing how confidently he spoke about his “impressive” height. “Anyways. I want to help you find these gems. Do you have any idea where we should start looking?”

“I’m afraid I don’t. Though if you found one nearby, it is possible that there may be others who have heard of strange sightings. Or if we’re exceptionally lucky. We might stumble upon another one, just as you have. Though that is quite unlikely.” He nodded.

“It’s okay. Together we’ll be able to find them for sure! It’s a little late though, maybe our search can start tomorrow?” She yawned, her tiredness starting to become apparent to her once again.

“Oh of course. I did forget how late it was. Meet me at the edge of town, and then we can begin asking people and looking around. And… Thank you, Miss Kyoko.” He smiled, shuffling toward the cracked open window, hopping with quite impressive air.

“You betcha, Takeo! We’re gonna find those Crystals!” She said as her final parting words, giving the small ferret a reassuring look. He returned her enthusiastic smile and nodded his head, before scattering off to wherever he had come from. “So tomorrow, huh? I get to start a super cool, amazing quest tomorrow?!” She kicked her legs excitedly against the bed. “Ahhh! This is so exciting!” 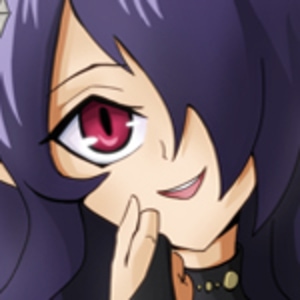 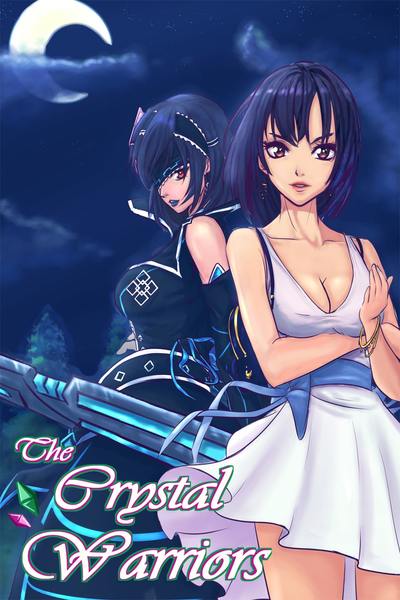 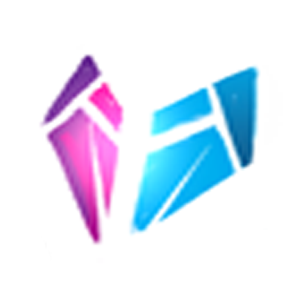