Meanwhile, with Tannen and the party…

"So much for visiting that crash site. Are we closing in on the Bomber's location?" Kate asked.

“Just a little further. Judging from police reports, the bombers are pudgy in size. All of them originated from the northwest sector of the district. Each of them carries a metal briefcase.” Tannen summed up.

They spot a group of businessmen walking out of the underground tunnel. They didn't hesitate to attack as Tannen rushes forward to cut them down. The androids explode, leaving gears and spring parts scattering. A head rolls by Alice's feet.

Down below, Mad Bomber oversees the destruction on a screen.

Armies of businessmen move down the assembly line.

“Hm? And who are you?” The monster asked.

Alice and Kate charge forward with their best attacks as Mad Bomber watched their every move.

Alice focuses every ounce of her strength through her blade, but everything soon came to a halt. She had trouble handling the weight of her weapon as she tumbled to the floor.

“What’s going on? I can’t use my attacks either.” Kate said.

"As I feared… your bodies are not accustomed to your attacks.  All the experience you gained until this point has been in your male forms. You may have to relearn everything from the start." Tannen explained.

The two immediately staggered in shock.

"NYA HAHAHA!!! How unfortunate for you." Mad Bomber cackled.

He first chucks a pack of firecrackers scaring the girls away. Alice and Kate only stumbled back as they huddled in each other’s arms.

The monster throws explosive sticks sending the girls further back. Tannen proceeds to intervene, slashing through the wave of explosives.

He closes in on the Mad Bomber, delivering a fatal strike to his body. Mad Bomber breaks apart, slipping a grin; he takes Tannen by surprise, exploding. He gets sent flying back.

“Try all you might! But your attacks are worthless against me! As long I have this bombing mustache, I’m invincible yet far more stylish than Magvamax!”

“At this rate, this fight will get nowhere. I first need to stop more bombs from detonating.”

Tannen focuses his sight on the machine creating the bombs in the background. Then, he fires a wave of lasers from his scythe, destroying the device. The androids tumble like dominoes as the conveyer comes to a halt.

“Curses! I’ll just have to handle the rest above. Time to blow this joint.”

From the flick of a switch, the entire tunnel begins to cave in. Mad Bomber begins to run off.

“He’s getting away!” Kate shouted.

Meanwhile, above on the streets, Guyjin's gang continues to battle Drasandra's forces.

"Hmm? Why did the bombings stop all of a sudden?" Guyjin wondered.

Drasandra destroys a gang of androids with a plume of lava. Guyjin then falls back into the shadows.

On the other side of town…

Renku arrives on the scene to assist Akane and the police department. Diving down like a dashing prince, his silver hair shined in the heat of the chaos.

He unleashed a powerful blast freezing an entire army of businessmen in the whole city block. Their bodies quickly dismantled on sight.

“Hey! It seems these guys are susceptible to ice. Let everyone in the department know.”

He gave a charming smile causing Akane to blush.

"Wow. You reminded me of my hubby when he was young."

“Oh right!” Akane snapped. “We need to tell Kaida. Everybody! Arm yourselves with ice bullets.”

And so they begin to turn the tide of the battle against Guyjin’s army.

Meanwhile, in a department store…

"Phew…we're finally alone. Hang on, Ami; help will soon be on the way."

Ran takes cover in a furniture store with Ami as Drasandra’s forces roam the streets. She grabs hold of Ran by the hand.

“I’m sorry for wasting your time. I just wanted to have as much fun as I could before it was too late. You’re so lucky to have nice friends.”

“Don’t worry. I didn’t really mean what I said earlier.” Ran smiled. “By the way, where are you from? Why is our world in great danger?”

Her head begins throbbing violently on the floor.

She begins hallucinating as painful memories flashed before her eyes. A large army in the shadows is seen marching forward. Ran attempts to ease her pain with a pillow.

“Take it easy…Don’t move too much.”

Without thought, all she could do was console her in her arms. Her condition slowly improves as time passed.

“The fire was right. You are a nice girl. Since you’re nice, I must give you something in return.”

"Really!? To be honest, I'm not always nice." Ran admits.

Ami only giggled as she found the energy to finally get on her feet.

"Let me take you to the fire first. The real-location this time. And then I'll give you my special gift."

The two silently rush out in the open. Ran and Ami slips past Drasandra's army, where Ami took the lead.

Guyjin emerges from the shadows with his gun loaded.

“Sorry little girl, but you cannot live. That would cut my potential profits.”

The shot fired as Ami gets hit in the back. She falls to the concrete floor. Blood slowly poured as death was minutes from her reach.

The sound of the shot alerts Drasandra to their position. Ran rushed to her side.

"Don't cry… it's ok…I was fated to die today anyway. The Sacred Fire will choose its rightful owner when the time is right."

“This will help you during your darkest hour. Use it to purify anything tainted by darkness. It’s my final gift to you.”

Tears ran down her eyes.

Ami’s body turned into bubbles as it leaves to the stars. 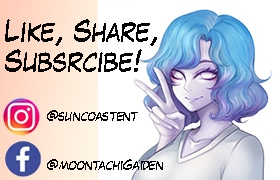 Alice and Kate engages in battle with Mad Bomber under a subway tunnel. The battle proves to be tricky for the duo once they realize they can't perform their attacks in their new female bodies. Tannen is left to battle Mad Bomber by himself.

As Drasandra continues to fight Guyjin's mob on the surface, Renku arrives with the police to turn the tide of battle against Guyjin.

Ran and Ami takes refuge inside a department store and reconcile with one another. Ami agrees to take Ran to the true location of the Sacred Fire this time. Amid the chaos, Guyjin ambushes Ami, taking her life in front of Ran's eyes. Despite what happened, Ami gives one final gift to Ran before she leave to the stars. 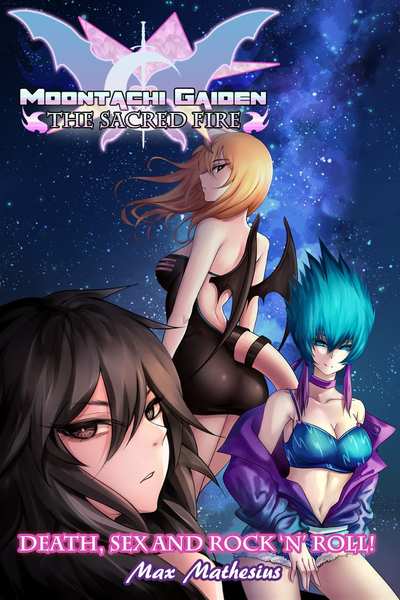 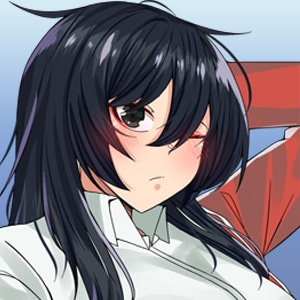