Morrow's head felt fuzzy. The sounds of the club echoed in her head and made her feel like she was part of the music. People around her were dancing, or better said, moving to the music and bumping into her. The base of the music resonated in her heart, literally. At this point, she was sure the rhythm of the music managed her heartbeat.

She came here with her friends, but it's been a long time since she had seen them. She took another sip of her drink but bumped into a guy and made her spill her drink all over herself.

'Hé!' She shouted. 'Watch where you're going!' Her words were lost to the music, and the guy just smirked at her. Her skin crawled with disgust seeing the look he had in his eyes. She gritted irritated her teeth. 'Men...' she thought and got out of the crowd.

Standing in a calmer place, Morrow grabbed her phone from her purse and sent a text to her friends.

"Where are you guys???" It came out like: "qhewe arw yo hits??." She clearly had too many drinks. After 5 minutes, she, surprisingly, got a response from Nathalie: "We're out. At Stephanie's. You should come too, Mor!" D*ckheads. They had forgotten all about her. Besides, she hated Stephanie with her too blonde hair and too-white teeth. Or maybe that was just the alcohol talking, she and Stephanie were good friends, but she could be a bit annoying sometimes. She decided to call an Uber and go home.

Her legs were wobbly, and for a minute she thought she needed to get her eyes measured again because the world has gone blurry. The club had been hot, and the cold night air cooled her skin down. She sighed with relief as she leaned against the wall of the club. She could almost feel the vibrations of the heavy music coming through.

Finally, what had felt like an eternity, her uber showed up. The driver didn't step out to help her into the car.

'Rude...' She thought. She was feeling like shit, and the driver didn't even lend a hand. She opened the door and got in. 'Thanks for helping me... rude man...' she muttered sarcastically. She thought back to the guy in the club. Men were all the same. Her head started to spin circles, and for a minute, she thought she was going to throw up. It didn't happen, and she closed the door of the car.

The driver didn't even welcome her but looked... shocked? She wasn't sure she was reading his emotions correctly, but she was sure to remember his eyes when they met in the rearview mirror. Bright blue. For a second, she was dazed. More so than she already was.

A fleeting memory came to life. About a different night, three years ago. She wanted nothing more than to forget that night, but she had always remembered those same eyes.

His voice made her lose her train of thought. 'Just drive, please. You know my address, right? My friends left me alone, and I feel sick to my stomach. So no. I don't want to talk right now, and I want a silent ride.' The car still didn't move. 'Why aren't we driving?' She sobered up a little.

Was this guy really stupid? She had to make sure to give him a bad review later... Ugh... Everything was spinning, and this guy wasn't helping. 'Just go to the Dandelion, number...' Uh oh. Her nausea came back, and before she knew it, she vomited all over the car.

A deafening silence filled the car while she wiped her chin clean(ish). She was too drunk to feel embarrassed, but something inside her told her she had done something terrible. She wanted to apologize, but she decided to take a nap instead and fell asleep. Right then. Right there.

The last thing she remembered was that the guy didn't look happy. If only she knew why this specific guy decided to show up now, as her Uber driver at that.

Felix's head contained too much information, and he was dead tired. His head felt like it could explode any minute. He touched the spot between his eyes. He already felt a headache coming up. He had just gotten off of work, and he was racing home to make sure he got enough hours in to go to school tomorrow morning.

With only the thought of it, he felt sick. Every day, he hoped it would get better. That they would stop someday. That someone stood up for him. But they never stopped and never were stopped.

He grunted as his headache got worse again. He really needed to get home... Luckily, he was almost there. Just a few more blocks, some stoplights, and he would be in his warm bed. A stoplight appeared, and he slowed down. With his hand, he turned his window down in the hope it would ease his headache.

The sound of the club across the street sounded kind of nice. It was almost like a heartbeat. He hummed to it but knew he would never step a foot inside. Way too much noise. Way too many people, not something he was very fond of. Not that he was anti-social or scared of people. He just disliked the fakeness of the people there.

The fake laughs, the fake seduction that wouldn't survive the daylight, even some outfits that were not allowed to wear outside, they could wear it inside a club. It was like a whole other world. He didn't like the real world, but everything was better than being fake.

The light turned green, and he drove straight ahead. He had to get right past the club, and the cars in front of him were mostly taxis and Ubers. Probably here to pick up drunk people. He could never. Bullies and drunk people were the people he detested the most.

He crossed the intersection but had to break almost immediately. An Uber in front of him decided to stop suddenly, and he cursed.

He was right, though. A girl with neon pink hair, who was leaning against the wall of the club, approached the car. She wore an outfit that probably wasn't approved by her parents and he could see a cigarette in her hand. He was weirdly fascinated (by her pink hair) at how drunk she was, that he didn't notice her coming to his car until she opened up his back door.

'Thanks for opening the door... Rude man...' The girl sat down, without a second of doubt, and sunk into the car seat. He could only look at her with utter shock. Why was she here? Why did she get in? Did they know each other? He didn't think so...

Their eyes met in the rearview mirror, and for a second, his head was empty except for the thought: 'What the hell is this dumb and drunk girl doing in my car?'

'Miss, this is not...' he tried, but the girl was utterly convinced this was an Uber, and that it was about to take her home. She said something about an address and expected to be driven home. He was still astonished. He didn't have time for this...

'Why aren't we driving...' She muttered.

At that point, Felix didn't really know what to do. Clearly, she was drunk and for some reason, he did not have the heart to tell her to get out of his car. Who knows where she'll end up. He quickly made a decision.

The girl looked at him like he was the dumbest person alive but slurred something about the Dandelion. He knew where that was, a rich neighborhood. He could've guessed that from the way she was dressed, and acted.

Felix wanted to ask for the number, but just when he wanted the ask her, she vomited all over the car. The girl looked shocked but too drunk to actually care. Then, she passed out.

Great. The whole car smelled like vomit on top of the smell of a drunk person. That's going to take weeks for it to smell normal again.

As for the number of the house, he guesses he had to improvise. 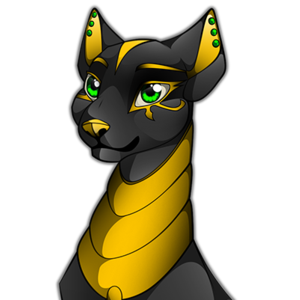 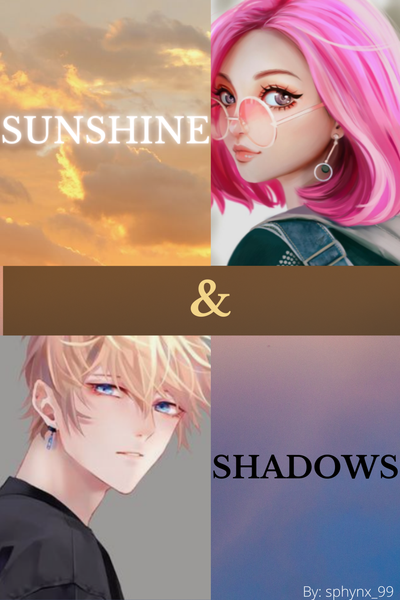 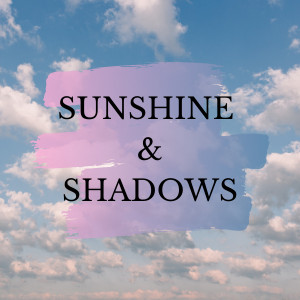