“The lady who takes care of me knows. I think she's told some man about it too.” He seemed to hesitate. “She said I’ve used them since the first time I got here when I was three. It's hard to spot at times because I try to concentrate so I never use them.” telling her this he shrunk down, “She scares me. I don't like the way she looks at me.”

His words caught her attention, “Can you show her to me? I can make her forget about your powers, if you want that.”

“And why would you do that? What do I have to do in return? What do you want from me… ghost lady.” The kid wasn't about to just take the help of a figure he’d met last night. Much less one that seemed to change surroundings on a whim.

“Her name is Ena.” the reaper announced finally arriving at the room. He leaned against the wall making himself at home.

The child was so surprised he’d moved back and hit his head on the wall, “Who is this man!”

The reaper smiled, pressing a finger to his lips, “You shouldn't scream kid. People will come check on you and think you're crazy when they see you here alone.”

Ena sighed, “He’s a reaper kid, his name is Akuji. Just like me if we don't want to be seen we won't be seen.” she stared at him, watching him look at the reaper concerned, “Zamir is your name, right?”

“I never told you that.” he looked at her, glaring, “How did you find out?”

“The reaper told me.” she answered stiffly, she didn't want the subject changing.

His eyes turned to look at the reaper while Akuji grinned at Zamir, “It's my job kid, I have to know, but if you wanna blame someone, blame death.” he chuckled and pointed at Ena, “She should know all about blaming death, maybe you should ask her for pointers.”

Zamir was confused by now, “I'll just blame all of you, this is too complicated.”

Akuji chuckled at that, “Is this why you wanted to find him?”

“No, now back to my question Zamir. Do you want my help, or not? No tricks, no paying me back, I do this for the fun of it. No need to do anything in return.” She assured him. After all, there was nothing she ever wanted. Death was out of the question, power she already had plenty, but entertainment. She could get that just by seeing how he progressed. A little waste of time she thought, but at least it would keep her busy.

“How will you make the lady forget?” he asked her, but assumed it was just some magic spell to erase memories.

“That doesn't matter, she’ll forget about your powers and so will that man.” Ena told him, “Now, yes or no?” Cutting to the chase she made it simple, no maybe, simple yes or no.

“Yes… make them forget.” He said, curling up his legs close to his chest, “Will you then teach me how to control my powers?”

“Maybe, I'm still thinking that over.” She stood from the bed, “For now, I'm off to deal with that woman… point me in her direction kid.”

The kid got up from the bed, “I can show you where she normally is. If she’s not doing laundry or with the babies she’s normally in the kitchen.”

The reaper rubbed his hands together, a smile creeping across his lips while he looked at Ena, “This is going to be good.”

They both followed the kid down the stairs, he turned a corner and stared into the kitchen, his hand hesitating to point at the single woman in the room but inevitably pointing at her, “That's her.”

Ena nodded, she looked at the reaper, “Make yourself useful and entertain the child for a while.”

Akuji smiled and agreed without a fuss, he couldn't wait to see what she came up with, “Come along kid, let me give you a history class you'll never forget.” he pulled Zamir around as the doors to the kitchen closed.

Ena’s shadowy soul is as visible as anything else in this kitchen, yet pure pitch black. The only things different were her white mouth and eyes. The closing door made the woman look over and freeze at the sight of her, it was like something straight out of her nightmares. The plate she had in her hands fell just as Ena caught it.

“I… have a question for you.” her voice slightly deeper with an echo to it in this closed up space. A smile spread on her figure, her words digging fear into the woman, “It’s a simple question, don't be scared.”

By now the woman had tears staining her eyes, shaking uncontrollably but the scream she wanted to let out was stuck in her throat. The windows behind her quickly shut and the only light in the room was from the light bulb above them. And even that seemed to flicker and avoid Ena.

Ena learned so close that if she could breathe, the woman would have felt it, “Who else knows about Zamir’s ability?”

The woman stammered, “I don't know, I don't know… p…please. P-please just let me go…” The wrinkles on her face scrunching up as she stepped back, an expression of fear so prevalent in her face.

“Shh, shhh. Just tell me, think harder.” Ena insisted, getting slightly impatient. She didn't know how long Zamir would be entertained with Akuji before questioning her whereabouts. Even if she enclosed this place so no sounds would be heard outside, with so many kids, the door was bound to be opened by someone.

With the continued whimpers and pleas of the woman, Ena finally grew tired, “you cry too much.” She grabbed the woman's head, digging her soul into the woman's skull, and looked through her memories, finding a man who she spoke to about Zamir. Remembering the face of the man Ena released the woman from her grip.

Looking down as her body slumped down on the floor, having hit her head on the counter top, her voice returning to normal, “You should have told me the first time I asked. You brought this upon yourself.” The act of digging through memories with her bare soul caused damage to the body of whoever she affected.

The older woman’s slumped body on the ground could barely breathe, but it did not move.  She might spend the rest of her life still in bed, and no one could fix her.

Ena would have felt bad if she'd only not seen the woman speaking with that man. The things she spoke with him, the way she spoke about the kids, and the plans she had in mind… the repulsing sensation of those thoughts in her mind.

“I don't know what I would do if I see you again.” Even if it was just accidentally bumping into whichever room she was left in to rot, Ena felt disgust. Walking out the room, she just had to find that damn man now, and make him quiet just like her. 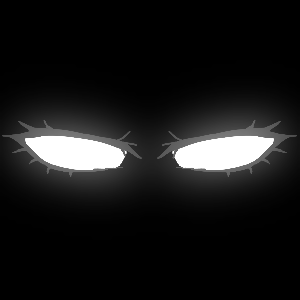