Jun cracked their knuckles, apprehensively surveying their four coworkers. In front of them, Roxie gave them a bright smile, Aiden looked completely uninterested in what was going on, and Mia stood alert, trying to ignore Leon’s attempts to get her attention. To the right of Jun stood the two captains, with Emil giving a thumbs up, and Lorenzo mentally preparing to address his crew.

“You have been called here because Ranger Kim has a special announcement to make.” He turned to Jun. “Start whenever you’re ready.”

Lorenzo politely nodded to Jun and backed away, along with Emil.

“You got this, Jun!” the latter whispered while finger-gunning.

Jun gives a nervous smile to Emil and clears their throat.

“Okay, that probably wasn’t the most professional way to start off what I was gonna say, but like, please bear with me for a sec.” The eldest ranger paused to think. “Probably shoulda wrote this down on notecards or something.” They mumbled.

Emil gave a thumbs up. “It’s fine, take your time!”

“Okay. So… Being on this ship with you all has been a pleasure so far and I feel lucky to have established camaraderie with each and every person present in this room.” They began professionally, before dropping the act. “Buuuuut since we’re gonna be stationed with each other for however many months, I feel like it’d be best if I was upfront with you guys about something. Some of you, like Aiden and Roxie know this already but, um...I’m transgender.”

Jun continued. “More specifically, I’m nonbinary, meaning I don’t necessarily identify as a man or a woman....?” They forced a cough from their mouth. “I-It’s kinda hard to explain, but basically, I don’t really feel like I fit in either category, sooooo…”

They shrugged, making sure to break eye contact with the others. Unsuccessfully, they also tried to shove their hands in pockets that didn’t exist. “That’s pretty much that. As far as pronouns go, you can refer to me as they or them, or… if you must, he and him is fine, like what Aiden does.”

Everyone looked to Aiden, who didn’t react.

“She and her I guess, are okay too....?” The dark-hared ranger couldn’t get that out of their mouth without a wince. “Anything’s pretty much fine as long as you’re not calling me like ‘it’ or something, ‘cause that just makes me feel weeeird. Do you guys...like, have any questions, comments, or concerns? I know this probably isn’t something you hear about everyday, so if you need to ask something that’ll make my and your lives easier, just shoot me a question, I’ll answer it.”

“Do you want us to stick to calling you one of those…” He snapped his fingers, gears visibly ticking in his head as he tried to remember the word. “Pronouns, like he, she, or they, or alternate between them?”

“Oh, good question.” Jun thought for a moment. “Uhhhh, if you’re gonna stick with one, I’d rather it be he or they, personally? But I don’t mind if you alternate.”

She hesitated. “This is kind of similar to the previous question, but when referring to you by nouns, like man or woman, would you prefer gender-neutral terms like ‘person’ or would you rather us alternate between that, and things like man or wo---” The freckled redhead cut herself off. “Wait, you already said you don’t identify as either of those. Shoot! Sorry, this was a redundant question, please ignore me.”

“No, no, it’s cool!” Jun tried to reassure “And yeah, I’d much prefer you guys refer to me by gender-neutral nouns. Glad you asked!”

The eldest ranger scanned around the room once more. Aiden lifted a finger up.

Jun rubbed their hands together. “What’cha got for me, Kelly?”

“I’ve been wondering, but is it--like a thing where--I know you don’t do this, but could other nonbinary people go by the pronouns or whatever people always called them?”

“Yep, I’m pretty sure that’s a thing. I don’t necessarily, but other nonbinary people can, yeah.” they answered.

“Gotcha. Then I also have an announcement to make.” Aiden clasped his hands together. “I’m nonbinary too, and if any of you got a problem with that or my bro, then you can deal with me, cause I ain’t afraid of anybody here.”

Jun’s eyes widened. “W-wai--Aiden?” A smile spread on their face. “Duuuude, I didn’t even know that!”

“I didn’t either until just now!” The tallest ranger shrugged. “When you first told me, I had no clue what you were talking about, but after you explained it to me a little more, I just kinda… y’know…thought about it for awhile.”

“Even if you were the only trans person here, you wouldn’t have been alone because you have all of our support,” The lieutenant turned to the others, “right?”

“I love you Junzie!” Roxie reached out her arms toward Jun. “You too Aiden!”

“You two are valued members of our crew as well as the IF as a whole.” stated the captain. “If there is anything I or the lieutenant captain can do to meet your accommodations, we would gladly work with you.”

Emil continued from his brother’s statement. “But above all else, I just want you to know that we love you and have your back, okay? We wouldn’t be the same without either of you!--Oh! That reminds me, I actually had a question for you both.”

“So, you haven’t come out to anyone else, right?” The curly blond looked toward the straight-haired blond. “Aiden, I’m assuming this goes for you too?”

“The only people who know,” Jun looked around, “are in this room right now.”

“Yeah, same for me.” answered Aiden.

“Okay, okay, so if ever we’re talking to someone outside of this us, this crew, how comfortable are you with your identity being known to others? I don’t want any of us to accidentally out you guys or anything.” Emil waved his hands. He kept surprising Jun with how well he’d been handling this process. It’s as if he knew someone else who had to go through these hurdles.

“Oh yeah! Glad you asked that.” Jun stopped to ponder. “As far as pronouns go, because of that whole...situation I had a couple years back,” they laughed, “everyone already knows I go by he or she at least, though…” They paused again. “Actually. If you’re not Aiden, just stick with she and her. It won’t be the end of the world if you slip up and call me ‘he’, but I never got they and them to stick to outsiders no matter how hard I tried.” They slumped their shoulders dramatically and sighed. “But as far as telling people I’m nonbinary,” The dark-haired ranger smiled nervously, “…d-don’t do that. I’m still trying to figure out the best time to, like, let everyone else know, so I’ll ride that wave when I get to it.”

“Okay then! Do either of you have anything else you’d like to say?” He asked.

No one had anything else to say, so Jun decided to express their appreciation. “Uh, thanks for being chill about it, everybody. Means a lot to me… That’s pretty much all I have to say for the moment, what about you, Aiden?”

“So that about does it for this meeting.” concluded Emil. “Got anything you want to say, captain?”

“Oh! Um, yes.” The captain cleared his throat. “Closing remarks. First of all, Rangers Kim and Kelly, we’re glad you were comfortable sharing that with us. The strength of the Interstellar Forces lies within members of various backgrounds and we as an organization take pride in that. As such, we will not tolerate any bigotry or discrimination onboard this ship.” For someone who seemed kind of strung along by Emil when Jun initially brought up everything to the two of them, he was handling things much better than they expected. “If any such instances occur, please report it to myself or the lieutenant captain immediately and we will handle it. Understood?”

“Yeah, just be cool and respect one another.” Emil reiterated. “If any of you guys would like to come out with anything, feel free to. And if you’re not comfortable, that’s totally understandable, too, but I just want you to know you have our support. That’s about all I got to say. Anyone else?”

“That concludes this meeting.” The captain adjusted his hat. “You are now permitted to return to your usual schedules.”

Everyone saluted, then parted ways.

Oh wow, I didn't have to split this chapter up! 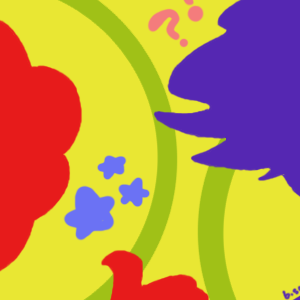