Fluorescent lights and pale walls blurred together as Jun and Roxie continued the search for Aiden. Walking to the Moon Base Gym took a lot longer than Jun remembered. They weren’t in much of a hurry, though. Knowing Aiden, he’d appear at the conference as if he never went missing. Still, they wanted to put in some effort. Captain Galhardo put his faith in them, and the guy was probably stressed out enough on a day like today.

Besides, Roxie was having so much fun! She marched ahead, as peppy as ever. Every few steps, she’d try out a new Aiden-tracking technique, which is probably why it took so long to get to the gym in the first place. As a Criminal Justice major and Aiden-knower, Jun knew these techniques wouldn’t be able to track down anything, but they had fun playing along.

A vending machine caught their eye.

Instead of turning around, Roxie marched in a semicircle to face Jun. “I only hunger for victory!”

They took out a dollar bill from their wallet and put it into the vending machine, but they didn’t let go of it. Instead, they yanked it out at the last moment.

Jun attempted the trick a few more times just to see if they did it right, but no dice. This vending machine wouldn’t fall for their trick. Maybe they should try one last time.

“Uhh… Kinda, yeah.” Jun admittedly felt a little ashamed to be caught doing this, especially by her. “But it was for a reason.”

Roxie leaned over Jun. “Was the reason free food?”

“No.” They stood up. “I just realized Aiden might be at one of the vending machines. He used to do this trick on them, like, all the time.”

“Ahh, so you were doing petty crimes to summon him! How clever!”

Jun laughed. “Not quite. But it narrows down our options. Even if he is at a vending machine, he won’t be there long.”

As their eyes scanned the brightly colored bags and sugary sweets, a row of tiny, bear-shaped bottles stood out from the rest. They pressed the button corresponding to it. A bear fell into the pickup slot, and they picked it up.

“It’s so cuuuute!” Roxie fawned over the bottle.

“Pure Honey courtesy of Ursa Major Farms. Edible packaging.” Jun read its label. “Cool. Dunno what I’m gonna do with a bottle of honey, though.”

“Maybe we could use it to bait Aiden.”

The older ranger laughed at the mental image of that, then put the bottle in their pocket. “I’ll keep that in mind. Come on, let’s head to the gym.”

Roxie continued marching forward. She abruptly stopped upon seeing a yellow cone and spread her arms out, preventing Jun from going forward.

Roxie hugged them. “It’s the least I can do for you, my friend.” She turned to the cone. “We have to approach carefully from here so that we don’t slip and shatter our skulls on this nicely-mopped floor!”

A flash of frizzy hair, goggles, and bad judgement careened toward Jun and Roxie.

Roxie let go of Jun and spread her arms out. “I’ll catch you!”

Just as the words left her mouth, the stranger crashed into her, sending both tumbling to the ground. Jun managed to step in right in time to cushion Roxie’s fall.

They steadied Roxie up. “Are you both okay?”

“Sparky?” called someone carefully making her way down the hall with a toolbox. “Sparky are ya okay?”

The one who crashed into Roxie sprang up, lifting a thumb into the air. “Never been better!”

When the newcomer finally got to the three on the floor, she towered over them, and still probably would even if they were all standing up. She was strawberry blond and built like a mountain, with biceps the size of balloons. Jun thought she looked pretty cool, kind of like a lady they used to idolize as a kid.

The smaller stranger spread her arms out to the side, and her large friend put down the toolbox and lifted her up. From there, they both helped Jun and Roxie off of the ground.

“Sorry ‘bout that!” The small one adjusted her goggles back on her head. “Name’s Sierra, but my friends call me Sparky!”

“Are we friends?” asked Roxie.

“Well, you saved my bacon, so I don’t see why not!” Sparky patted her friend on the back. “This’s my buddy, Shirley!”

Shirley waved. “My friends call me Shirley. What’s your names?”

“I am known by many names, but most people call me Roxie!”

“Nice to meet ya!” Shirley smiled a charming, crooked smile. “And thanks for savin’ Sparky!”

Roxie turned to Sparky. “And now for a Roxie Safety Tip. Be careful on wet floors!”

“Oh, you don’t have to tell me that!” Sparky laughed.

“She was trying to be careful.” clarified Shirley.

Running at full speed down a wet hallway did not fit Jun’s idea of careful. “Huh?”

“I figured the faster I ran, the less my feet would touch the ground, which in turn means the less chances I would have to slip and fall.”

Sparky moved her curly brown hair out of the way to reveal the insignia of a Staff Major, the IF’s equivalent of having a doctorate. Judging by her green shirt, she worked in the technical science branch, or as Jun knew of it, the mad scientist branch. What they had in smarts, they often lacked in other things, like self control, ethics, or in Sparky’s case, common sense.

Her explanation managed to confuse even Roxie. “Well, please don’t do that again!”

“I won’t!” promised Sparky. Suddenly, her eyes wandered over Jun. “...Haven’t I seen you somewhere?”

Jun looked around, pretending not to know what she meant. “Me?”

“Yeah!” Shirley waved a finger at them. “I was thinkin’ the same thing! Did’ja used to work on the Gemini?”

“No, no! I don’t think we met before!” Sparky guessed correctly. “You said your name was Jun, right?” Her entire face pursed up. “...You wouldn’t happen to be Jun Kim, would you?”

“I dunno, like, am I…?” Jun scratched the side of their head, pretending to be confused before laughing and giving up the act. “Yeah, you got me.”

“Thought so!” The frizzy-haired scientist pointed a finger at Jun. “I saw through those bangs!”

Apparently everyone did. It embarrassed Jun how little the bangs hid their identity. Still, they lifted them up to show their full face.

“Whoooah! You’re right!” Shirley seemed to be shocked by this even though Jun already confessed. “Nothing gets past Major Sparky’s eyes!” She pointed a thumb at her friend. “She’s the smartest gal I know. Anyway, it’s an honor to meet’cha!”

Shirley engaged in a crushing handshake with Jun.

“Ya know, you look a lot shorter than on the TV!” She noted.

“Usually I get the opposite.”

She also shook hands with Roxie. “And it’s an honor t’meet you too!”

“But I’m not anyone special!” Roxie spouted nonsense. How could she not know how special she was to Jun?

“Well, y’saved my buddy, so you’re special to me!” Shirley understood.

“Awww, thanks!” Roxie pressed her hands to her cheeks, highlighting her adorableness.

Sparky pointed to a door beside her. “We were just gonna head to the gym, why don’t you come and hang out with us?”

“We were just headed that way ourselves.” Jun wouldn’t mind hanging out with them, either. They seem like a riot.

“We’re on a mission!” Roxie added on.

Right. As much as Jun wanted to, they couldn’t linger around. “Yeah… We’re looking for someone, so I dunno how long we’ll be able to stay.”

Sparky, on the other hand, amped up. “Well, I guess we better get going, then! Can’t waste any time!”

The two of them led the way, while Jun ambled behind with Shirley.

“Who are ya lookin’ for?” asked Shirley.

“One of our guys just kind of up and wandered off.” Jun scanned around the gym looking for Aiden. They hoped to find him shuffling around here somewhere, otherwise Mia and Leon would find him first, and they didn’t know how to deal with Aiden the way Jun did.

“Blond. Beard. Scar. Hair about as tall as you.” they elaborated.

Jun caught up to her. “Did you find him?”

“No, Mia said she saw him in the cafeteria!” Roxie showed Jun the phone. Mia’s message was a simple ‘He’s here.’

“I wonder have they talked to him yet.” Jun imagined Mia wouldn’t be too thrilled about being in that situation.

Mia’s message came back fairly quick. It read ‘No. I’m keeping an eye on him. Don’t know if he’ll make a run for it, but I think he saw me.’

“Huh. I guess we should stay here just in case.” Jun took this as an excuse to have a good time. They turned to Shirley and Sparky. “Somebody else found him in the cafeteria, so we’re free to chill for now!”

Shirley patted her stomach. “Aw man, I wish we had stopped by there, first. I’m starving! Wonder if we’ll be able to make it there before the conference starts...”

“We don’t have to!” Sparky set her toolbox on the ground beside one of the treadmills. From it, she pulled out…

Jun and Roxie exited the gym. They didn’t accomplish any of what they set out to do, but they made new friends in the process. Wasn’t that worth enough? 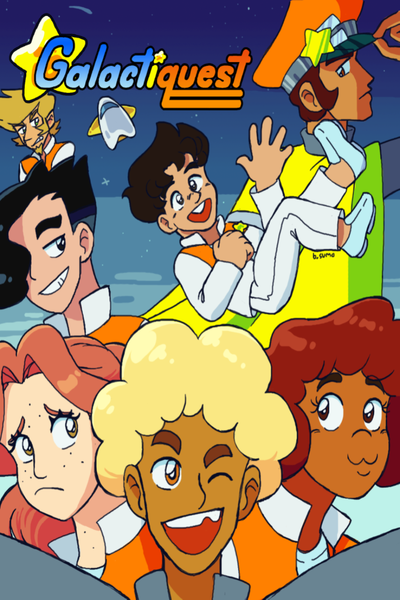 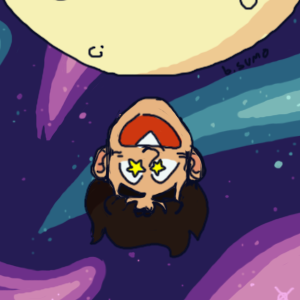