Roxie descended the stairs into a world of brass and green. She and her companions were greeted with a spacious area filled with unfamiliar piping and machinery.

Emil whistled. “This place is huge!”

“I dunno how, but it looks bigger than the observation deck.” Leon noted. “Do you think the captain could be down here?”

“He has to be.” Emil frowned. “But this place’s a lot bigger than I expected. I’m gonna need to put on my air jets if I wanna get anywhere.” He pulled himself through the opening into the observation deck and popped his head back down to see the others. “I’ll be right back! Don’t touch any weird machines while I’m gone, okay?”

“You can trust in my safety senses!” Roxie saluted.

With a signature wink, Emil left his two friends in the dim expanse. Her senses already picked up on danger, unbeknownst to them, so she followed her instinct and ventured further in on her own.

“Where are you going?” asked her bucktoothed buddy. “Shouldn’t we wait for Emil to come back?”

He had a point, but other things were at hand. She thought for a moment. “We should be able to hear him when he gets back, and I’ll only go straight ahead. That way it’ll be easy to come back.”

“But isn’t it not safe to go wandering around in an unfamiliar area?” He followed her anyway.

Roxie took a deep breath. She should give him some kind of explanation. “I have a bad feeling about this. A secret area hidden by a secret door that only the captain knows about? Filled with heavy machinery? That’s dangerous! What if something happened to him down here and he couldn’t call for help?”

“Oh… I didn’t think about that. “ Of course he didn’t. It was Roxie’s burden to think of these things. “But Emil did say he’s been coming back up to sleep, so he should be fine. By the way, what did you think of Emil’s hint?”

“‘There’s only seven people on the ship.’” Roxie repeated. “Well, it’s not you, me, or him, so that narrows it down to four.”

“I don’t think it’s Mia or Aiden.” guessed Leon. “Jun has a lot of nicknames. Have they ever been called Lorie before?”

“Not that I am aware.” At this distance, Roxie couldn’t even see the stairs anymore. “...Do we know the captain’s name?”

“Then a mystery has been solved!” She tried to place the name with the serious captain. “Awww, that’d be such a cute name for him! I wonder if–Fmhffhhffmfh!”

Roxie’s senses didn’t detect the wad of cloth she became tangled in.

Thankfully, Leon gave her much-needed assistance. “Are you okay?”

She popped her head out. “Thanks to your help, my friend!”

Unblinded, she was able to behold a sight most wondrous. Giant tanks lined the back wall, but in front of them, fabrics of many colors and patterns decorated the open area ahead. She moved to touch a golden one, draping it over her back like a cape.

Leon laughed. “You kind of look like the captain. It’s kinda weird that all this fabric is back here. What’s it for?”

“For style!” Roxie felt a surge of energy. Her dreams of a cape of her own lay in reach. “There’s nothing like the flair of an elegant cape to boost your confidence. I feel the power flowing through me!”

“Unhand them.” commanded a voice much deeper than Leon’s.

Behind the two stood none other than Captain Galhardo, shrouded in his own fluorescent yellow cape. The visor on his cap obscured his eyes, but judging by his mouth, he was none too happy to see them.

“Ranger Summers, Ranger Allen, why are you here?”

Leon answered first. “We were looking all over for you, sir.”

“We were worried disaster struck!” added Roxie. She made her way over to the others. “So we came to rescue you from this forsaken metal sanctuary!”

The captain took a familiar handbook out of his cape. “As you should know, rangers are prohibited from entering unknown areas without the approval of a commanding officer as stated by Chapter 3, Section 21. Ranger Allen, you’re breaking the additional rule outlined by Chapter 8, Section 14: ‘Rangers are not allowed to touch sensitive materials without permission from the commanding officer responsible for it.’ I would assume you’re both aware of these.”

“But Emil came with us, sir!” Leon informed him.

“Then where is the lieutenant?”

“He went back upstairs–”

“Yet you remain.” Captain Galhardo’s cape trailed behind him as he glided over to the tanks. “Set your damage configurations to ‘Shock.’”

Roxie and Leon obeyed, though the latter whined a little, having recently switched his setting back to ‘Stun.’ An ominous vibe encircled the area, and Roxie smelled a battle on the horizon. 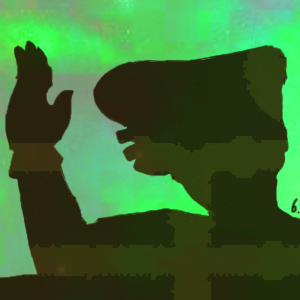