The loading deck’s door opened up to a flash of white. A noon summer sky, tarmac, and the nearby spaceport came into view as the crew’s eyes adjusted. The Celestion-5 had made its landing, and for the second time ever, Mia stepped on Earth.

Warmth touched her skin, a sensation she was unused to outside of the shower. Soft, thick air entered her lungs, and even though the scent of rocket fuel lingered, it somehow felt so much fresher than anything under the Lunarian Dome. Wind swept her hair to the side, nature’s cooling fan. She saw clouds in the sky–real ones–in shapes she’d never seen before, and there wasn’t an OrbiSoft error screen to be seen.

A black shape soared across the sky. A bird! Mia had only seen those on TV! Her eyes tracked it as it flapped its way into the horizon. It ventured into forever, and she felt she could stare at it for just as long.

“Are you enjoying the scenery?”

“Wait! I just realized! This is all probably new to you, isn’t it? It must be so exciting!” His cloying eyes looked up at her.

But they weren’t the only ones.

“Miaaaa!” Roxie ran over to her with a tube of something in hand. “You are very pale and have literally never seen the sun. It’s first priority that your skin is protected!”

Mia let Roxie squirt sunscreen into her hands, not bringing up the fact that the sun still could be seen from the Moon, because it was nothing like this. This time, Mia could feel it. Was this just normal to everyone else?

“Everyone’s going to be watching your reactions! Just like when I first went to space.” Leon smiled as if that was in any way comforting. Maybe to him.

“You! Next!” Roxie thrust the bottle in his hands

“Yeah, you’re the star today, Mia!” Emil stretched. “There’s really no place like Earth, so watching you experience it all should be fun for everyone.” He turned to his brother. “Can’t we just stay here until the new guy shows up? It’ll only be a week or so, and we got nothin’ else to do.”

“That would disrupt the spaceport.” responded Captain Galhardo, walking ahead of the rest. “We’re just here to pick up a fuel shipment from the nearby base.”

“Captains, please accept my humble offering of sunblock! Your skin will thank you!” Roxie ran to the front of the group.

“Don’t mind if I do~” Emil walked backward, reaching a hand out.

“...Thank you, Ranger Allen.” The captain didn’t seem sure how to respond to her, but appreciated it.

Roxie distributed sunscreen to the remaining two and herself while they all ventured forward. Mia took her time walking, but it still felt too soon when they had to leave behind the wonders of nature to enter the spaceport’s jet bridge. Inside the terminal gate, she saw the crowds of people, noise, and chaos that they would eventually have to work their way through. How annoying. At least she still got to look out of the windows.

“I’m so happy to be back here!” The spaceport might’ve been exciting to Leon, but for Mia, it was nothing she couldn’t see on the Moon. “It’s soooo cool. Literally, too! I was feeling kinda hot out there.” He fanned himself.

“And now you’ll get to enjoy it more insteada havin’ to rush.” Emil winked at him.

“But I bet you’re not too excited to be here.” He spun toward Mia, reading her mind. “Don’t worry, we won’t be here long, I promise.”

“I dunno if I can promise that.” Jun stood off to the side, fiddling with their bangs. “Do I look less recognizable?”

“Still look like a goofball to me.” Aiden crossed his arms.

“But do I look like a recognizable one? Rox, help me out.”

“Hmmm~” Roxie stood on her tiptoes to survey Jun’s face. “You youness shines through to me, even through messy hair.”

“We could get you some sunglasses from a gift shop if you need ‘em.” Emil offered, very obviously without his brother’s approval.

“Nah, that’s okay.” Jun declined. “I’m prolly just being paranoid. Not that many people’ll recognize me.” As they said this, they made eye contact with a starstruck gate agent. “’Sup?”

“Can I get your autograph?”

Travelling with Jun made the group a target of stares and whispers. It bothered Mia quite a bit, so she couldn’t imagine how annoying it must’ve been being at the center of it. A few people asked for autographs and pictures, but Jun got out of it by saying they were on business.

Some shouted compliments. “I love you, Jun!!”

“Thanks for making the IF a bigger joke!” Some didn’t. Jun kept a calm head no matter what.

“Wow, some people love embarrassing themselves in public.” While he spoke lightheartedly, Mia could tell Emil was upset on Jun’s behalf.

“Yeah.” Aiden agreed. “Surprised he didn’t claim you were a spy for–what country was it again?”

“Throw a dart at the map and you’ll get there.” They chuckled.

Emil bumped the captain’s arm. “That sounds familiar, doesn’t it?”

Captain Galhardo glanced back at Jun a few times. “If you would like to purchase sunglasses–”

“Is this what happens everywhere you go?” asked Leon.

“I think it’s died down, but some places are always gonna be worse than others.” Jun explained. “That’s like the reason I stayed in the IF. More people are used to me. Sorta. To be honest, part of why I came on this mission is to get away from people.”

“Same.” Getting away from the chaos of home was a big reason Mia signed on, the possibility of travelling to Earth being the other. It paid well too. She didn’t know if she’d make it back from Neptune in one piece, but those things were worth it.

With so many onlookers, Mia kept her eyes on the floor. The reflection allowed her to still take a look around. People passed by in clothes of cotton and denim instead of plastic and nylon. They didn’t know how lucky they were to have easy access to such comfortable fabric. Mia gazed at her own uniform. The blue cotton shirt that came with it was among the first she’d ever owned.

They stopped along the way so the captain could talk to spaceport staff about scheduling details before stopping at the rental car checkout counter. Mia waited with the others as the captains talked with the man behind it only for Emil to come back with his eyes on the ground.

He scratched behind his head. “Soooo it turns out you gotta be 21 to rent a car! This is really embarrassing, but,” he looked at Roxie, Aiden, and Jun, “would any of you be willing to rent some trucks for us?”

“Do you think they would let me rent a car?” Aiden pointed at himself. “With my history?”

Jun tapped his arm. “Yeah, your history of not having a license would set you back, brah.”

“I’ll do it!” Roxie shot her ID in the air. “Worry not your pretty little heads! I will come to your aid with my seniority!”

The two returned to the desk where Roxie stood between the captains, handling business as if she were their legal guardian.

“They can’t rent a car, but they can fly us to Neptune?” Aiden chuckled.

“Hahaaa, it’s way interesting, for sure!” Jun forced out a laugh. 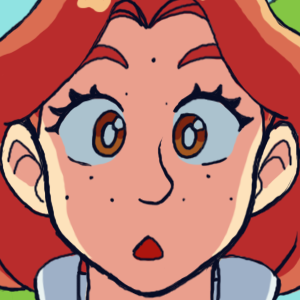