When his dark gaze stared into her eyes deeply, Eva’s heart palpitated even more. She had already prepared herself to expect the worst. Because she of all people was well aware of how this world works. If you want something big, pay something big. That was a given because the world just worked that way. And she was well aware that in making a deal with a devil, nothing will ever go right, except that she will get that one thing she bargained for.

As Gage parted his lips, Eva subconsciously held her breath. “Marry me.”

Eva’s mind screeched to a halt. She could literally hear tire screeches in her mind. She was dumbfounded for a while.

Eva blinked a few times, but she quickly managed to respond. “Wha… What? Wait, wait!! What?”

Gage chuckled softly as he was so amused at Eva’s completely dumbfounded reaction.

“You… you’re not trolling me, are you?” Eva narrowed her eyes at him.

“I’m not trolling you, Eva.” Gage’s expression became serious, and Eva could only look at him in shock and helplessness.

“You… you really want to marry me? W-why?” she asked. This was just too shocking. So  shocking that she did not even know what to say. M-marriage? He could not be serious about this! Right…?

He tilted his head to the side a little. “Isn’t the answer to that question obvious?”

“Need a wife.” He corrected her.

Eva pressed her temples. “But… but why? Is it because your old man is threatening you that he won’t give your inheritance if you don’t get married as soon as possible?!” Eva blurted out. She knew that this kind of thing happening was very common in the upper classes of society. Many heirs were forced to get married by their family and most of the time, these heirs could only opt for a marriage of convenience.

He tilted his head slightly again and then he nodded. Eva was so busy with her own thoughts that she missed the peculiar look in his eyes right before he nodded his answer.

“But… why me? I mean I’m just a stranger. Wait… you’re just going to do this for a show, right? I mean you’re going to marry me then divorce me after a set time has passed once you received what you wanted, am I right?” Eva’s mind just kept giving her ideas. Ideas she knew  were very much possible. She was not ignorant about these things because she was aware that these truly happen in their world. In their world, marriages of conveniences or marriages with benefits were the norms and love… she honestly did not know if that still even mattered to them. Because she had seen and heard too much to doubt that.

And this was the only explanation she could think of on why this man would even want to marry her. This man, who could easily marry any rich and beautiful girl out there just with that look and status.

It still baffled her though why on earth would he even choose her. Her, an unwanted nobody who does not have the beauty nor even a status right now. Not to mention that her name was being ruined even further even at this moment.

‘Maybe because he wanted a useful woman like you?’ her inner demoness whispered in her ear. ‘You even offered to do all the company’s work for him after all. And it seems he already perceived that you’re a very competitive person and have all the skills to work for that position.’

‘That makes sense. Or maybe…’ Eva thought to herself. ‘He chose me because he could easily discard me when he didn’t need me anymore. I guess he might have perceived too that I won’t be the type of woman who would cling onto him. And maybe, he thinks that I’m the type of a woman who will sign the divorce papers without putting up any fight or complaints as long as I get my revenge.’

Eva stared at Gage so intently as she thought about all that. Even though this man did not do anything bad to her – yet, she would not be naïve to think that he was doing this because of any other better reason.

“Are you… really sure? I mean… of choosing me as your wife?” Eva asked. Her heart was still in chaos right now but in all honesty, this arrangement seems to be more beneficial for her rather than for him.

“Why? You think you’re not worthy enough to be hitched to a handsome man like me?” he asked with a mischievous smirk and Eva could not help but feel her palms itch and wanted to smack him again. Why does he always love to throw her off like this?

“Of course not.” Eva replied. “I honestly think that you’d be lucky enough if you marry a woman like me.” she lifted her chin as she said that, and Gage chuckled.

“Not bad, pet. So that seems to be a yes, I assume?” his indolent smile widening at her posturing in front of him.

Eva blinked and she felt like her mind was spinning where she stood. “Wait a moment… don’t you think we need to take a little more time to think over this? I mean… we should first discuss our conditions, right? Cause I am certain you must have your own conditions for this. And I need to know them all first before I… before I make the final decision.” Eva was taken aback on how blithe he was taking this matter.

“Smart girl.” Gage smiled. “However, I need to tell Mr. Park about my decision now. If I let him go back without accepting –”

“I can’t possibly do that pet. What if you suddenly change your mind and escape after I accept it?” Gage raised a brow.

“I won’t escape… okay, how about… we sign a contract first? I don’t mean the marriage contract… For now, perhaps we can just sign a formal agreement of our bargain.”

Gage nodded in agreement. “That sounds better, pet. Good call.” And he winked at her.

Then without delay, he took his phone from his pocket and made a phone call. “I need you to make a contract for me right now.” he spoke to the person behind the phone before glancing at Eva. “Alright, wait here, pet. I’ll go chat with Mr. Park for a bit to keep him busy while our contract is being prepared. So while I’m speaking with him, you better use this opportunity to think about this all over again. Once you sign it, there will be no turning back.”

He stepped forward and passed her but stopped and stood behind her. Then he bent and whispered in her ear. “I’m giving you this one last chance to back out, Eva.” 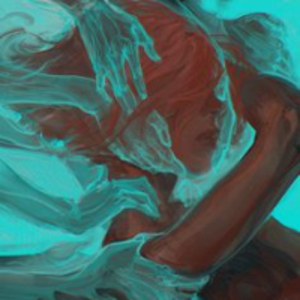 Okey dokey, I've been thinking bout it and... It does makes sense he needs a wife for getting the inheritance of his family but somehow I get the feeling it's not as simple as that. 🤔
Just a feeling, I'm quite happy they actually got to finally start something between them, but he's so mysterious that I'm sure every move has more meaning to what we can think. 👀😅
Or maybe I've simply watch an read too many crime, mystery and police things. 😅🤣