After signing the contract, Eva stared blankly at her signature. There, she went ahead and did it. There was no turning back now for her.

A long sigh of relief escaped from her lips before her determined gaze lifted and looked at Gage. Then she handed him the pen that was still in her grasp.

Slowly, he took the pen from her, his gaze intent as he held her own. When Eva did not even blink nor falter, the corners of his lips lifted up in an alluring curl before he too, finally nodded and put down his own signature on the paper as well.

Eva did not realise that she was subconsciously holding onto her breath as her electric eyes were glued onto his hands as she watched him sign the contract with a flourish.

“Alright, now that everything’s settled,” Gage broke the silence after putting the signed papers back in the envelope with much satisfaction. “Let’s start with…”

He reached out his hand and very quickly swiped the pair of glasses off the bridge of her nose. “... getting rid of this,” he added with a grin.

She frowned at him with confusion plastered all over her small and delicate face. What does my innocent glasses have to do with all of this? Could he not be so confusing?! She was having trouble just trying to keep up with his pace.

He just smiled serenely and generously put her glasses back onto her face, causing Eva to deepen her frown at him. She quickly adjusted her glasses though it was already perfectly put onto her. However, she was a little shaken at how abruptly he had done that, so she needed to fiddle with her glasses to calm her heart palpitations.

“Mr. Acheron,” Eva refused to budge and blocked his way and looked up at him with her stern face. “Since I am going to live with you from now on, I think it’s time for you to stop calling me ‘pet’. I have a perfectly usable name. Please use it.”

Gage cocked his head to the right, then he flashed a slow and gorgeous smile at her. “Of course, if that’s your wish…” he replied then his voice seemed to turn into something so deliciously sinful as the next two words rolled off his lips, “Eva darling…”

Eva’s eyes widened and her cheeks instantly flushed bright red. She was thrown off kilter and completely flustered. She had not expected that.

A wicked half smile graced his handsome face as he pinned his gaze on her. It was as though her reaction to that little endearment had delighted him.

“Absolutely not!” Eva’s voice was loud and insistent as she quickly retorted, trying her hardest to regain her shattered composure. She refused to just let this man keep on playing around with her like this. Though she had signed a contract with him, she was not his personal plaything nor his slave! She had her dignity!! Thus, she gritted her teeth and stared at him pointedly, daring him to continue calling her using that pet name.

“Ahh… What a shame! I really like that one better too,” he winked at her playfully and then he slipped away from her so elusively. Eva could already feel her blood pressure skyrocket and forced herself to bite down on her lower lip and run after him as he had already gone on ahead of her with such a huge distance between them with just a few steps.

“Wait a moment, Mr. Acheron.” she called out when she saw him heading towards the main door. But he ignored her. “Gage!”

He halted and looked over his shoulder. “Hm?”

“I’m in my pyjamas right now. You can’t possibly want to bring me out dressed like this, can you?”

His gaze travelled from the top of her head to the tip of her toes. He then gave an approving nod. “You look pretty good in those pink pyjamas though. I don’t see why not.”

Eva glared at him heatedly and then proceeded to ignore what he said, thinking that there was just no way those words were uttered seriously. “I need to go to my house to get some change and pick up my personal things as well.”

“I’ll buy you everything you need…” he suddenly trailed off then he shrugged. “Alright, I might as well allow you to go and say your goodbyes to your lovely house.”

While Eva was packing up her things, Gage leisurely looked around her living room. Eva asked him to wait at the parking lot, but the devil negotiated his way to go in with her. His reason was that there might be a paparazzi waiting to ambush her in front of her home. He was coming along solely for her protection.

Though she was sceptical, Eva could only relent, knowing that he might be right. She must have been caught up in such big news related to her ex-grandfather and her position in the company that had been handed over to someone else.

Once Eva was done with her packing, Gage broke the silence.

“Do all of those things have sentimental value to you?” he asked, leaning his shoulder against the wall as he pointed to her luggage.

“These are my important things.” She retorted, narrowing her eyes at him.

“I can buy you…” he closed his lips, stopping himself from finishing that line. “Alright. It’s fine with me even if you move everything over too.” An accommodating smile lingered on his lips as he bent over and effortlessly carried two of her boxes.

Eva pulled on her baggage, and they finally left her house. However, as soon as they were nearing the elevator, she turned around and grabbed onto Gage’s arm. She had spied some suspicious movements further ahead and had spotted some familiar looking equipment. 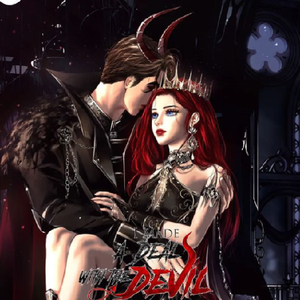 Be the hero "darling gage"♥️