“Reporters are here!” she hissed with displeasure as she dragged Gage back inside her house.

Upon shutting the door closed, Eva looked at him. “Mr…”

He raised a brow, causing her to sigh out in defeat. “Gage. I can’t let them see me with you. I don’t want your name being tarnished and dragged into the mud with mine when you just took on such an important position. My name has already been ruined and it will stay ruined until I prove my innocence. I want you to go ahead without me. I’ll wait here until they’re gone. They can’t be waiting here forever.” She smirked bitterly as she said all that.

“Yes. I will make them believe that I have disappeared.” Eva’s eyes glinted with an indescribable flash.

“Then later on you would come at them out of the blue like a vengeful villain rising from the ashes?” Gage arched an eyebrow as he looked on at her.

“That… doesn’t sound so bad, does it?” She looked at him, feeling a little unsure of herself suddenly. However, the next second, her resolve firmed even further. She was determined to see this through… even if it would cost her life!

Gage leaned against the wall lazily. “Only make a noise when it’s time to say checkmate, huh. Nice move.”

“Yesss!!” Eva hissed out viciously. “I will play with them, slow and scummy, the way they have played around with my life! I’ll make them think I’m dead if needed. Let them lower their guard and be happy for a moment. It’s more fun that way don’t you think? I will make sure to enjoy this game.”

He put his hands inside his pocket and paced slowly before her in an elegant and leisurely manner.

“I’m guessing this building is owned by your enemy as well, right? They actually let the reporters come all the way up here.” he commented flippantly, and Eva nibbled the inside of her lips. Anger was gleaming dangerously in her eyes again as she clenched her fists into tight balls when she realised what Gage had stated.

“Yes. This whole complex is owned by my ex-fiance’s grandparents.” She replied coldly with venom lacing her voice.

“I see. That makes a lot of sense then.”

Inside Eva’s wardrobe, Gage was scanning through her few sets of clothes while Eva stood behind him with her arms crossed together. He had suddenly asked her to bring him into her wardrobe as if he had thought of a plan.

“This is all you have?” Gage looked over his shoulder a little incredulously and when Eva nodded, he rubbed the back of his neck. “Where are your dresses?” She could detect a hint of helplessness in it. Why? Was he shocked at the lack of clothes in her wardrobe?

“Over here.” She pointed to the other corner of the wardrobe.

Gage blinked at the rows of black formal and over the knee conservative dresses.

“You want me to disguise…” she said and then she looked like an idea had popped into her head. “Leave it to me.” And a grin spread across her face.

She shoved him out of her closet.

Once the door shut closed behind him, Gage laughed soundlessly as he shook his head. Then he made a quick call on his phone. “Have Eloise at this address this instant.” His tone brooked no delay.

After several minutes, Eva stepped out of her closet.

Gage who had wandered out into the living room and was now leisurely sitting on the sofa with one of his long legs crossed over the other, now lifted his gaze and stilled at the sight that was laid before him. She was now dressed in a loose black hoodie, a pair of loose military print pants, a pair of black sunglasses and a black face mask completed the whole ensemble. It was a far cry from her earlier formal style, prim and proper long sleeve office blouse and a-line pencil skirt. If he had not seen her go in with one outfit and come out with another with his own eyes, he would not even have thought that these two persons were one and the same.

“No one will recognize me now, let’s go.” She confidently said.

Gage stood and approached her. Though her disguise was good, he remembered that there was a group of experienced hounds outside there. They were not the kind of people to be easily led astray by simple disguises. “I don’t think so, pet.” He bent over and took her sunglasses off. “They’ll be suspicious as soon as they see you and I can already tell, they would definitely mob you. Your disguise is pretty obvious to the experienced eye of those people chasing after you. You might be able to fool the normal folks. But these are experienced reporters, who do this for a living.”

“I know but I don’t think anyone could tell this is me. They take photos all they want but it doesn’t matter as long as they don’t capture my face, right?”

“The reporters have surrounded and blocked the exit, remember? They will mob you on sight and might snatch that mask off or even pull your hoodie down. Don’t underestimate what this pack of dogs can do.” Gage sneered when he mentioned these reporters.

“I will not let them do that. You will have to go out first. We can’t be seen going out together. I need to protect your name from all scandals at all costs. That is the least I can do.”

“Please listen to –” Eva tried to cut him off and reject his idea.

Gage pressed his finger against his own lips. “Hush, Eva. Let me show you a better way out of this mess that you are in.” 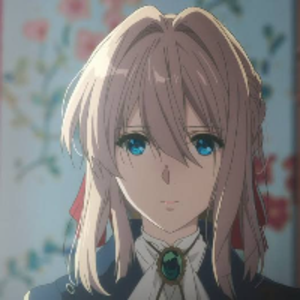 Sweet Gage not leaving Eva 😍💞🥰And she will be stunning💖