“They sure took a lot of time coming up here.” Juliet mumbled scandalously to Katie, who nodded her head in agreement. But, while everyone was wondering what took them so long in the basement, Blake was the only one that seemed to be brave enough to voice out his thoughts.

“Maybe they were both having farewell sex?” Scarlet and Lauren, who were now stood in the entrance of the living room with Lauren’s suit case, gave the man a weird look.

“Oh my god, there are children here.” Vanessa smacked Blake on the nape as she stood up from the sofa with Samantha in her hands before going upstairs to ‘her’ room.

Carla looked at her daughter before she turned to the fiancé. “If you both were really doing the dirty down there, there’s gonna be a good beating for you, you disappointing woman.” She pointed towards the dark-haired woman, who could only raise her hands in horror. Somehow, Scarlet’s nickname became ‘you disappointing woman’ for Lauren’s mother since she kept addressing her as that.

“No, no ma’am, you’ve got it wrong. I was just helping her pack.” Lauren nodded her head at Scarlet’s reply as she went over to her mother with her suitcase.

The adults of the Payne family had gone to sleep after bidding farewell to Carla and Stewart, while the only people remaining in the living room were Grandma Payne, Clark, Blake and Juliet.

The children had all been sent to sleep as well, with the inclusion of Angela, who had to be persuaded by Clark so she could just go to bed.

“Child, if we even find out that that wasn’t the only thing you helped her do, you’re gonna be in so much trouble.” Grandma Payne raised up her stick as if to emphasize her threat, which made Scarlet gulp in disbelief as well as fright.

“Ooh, they’ve gotten bold.” Juliet snickered which in term made Blake snicker as well. Scarlet gave the two a glare which shut them up almost instantly.

“Let’s go, mom. We were just saying goodbye.” Carla narrowed her eyes at her daughter, as she crossed her arms across her chest.

There was a moment of silence before Carla nodded her head slightly, which made Lauren sigh in relief. Scarlet didn’t want them to think that they were doing anything other than saying goodbye and packing down at the basement. Why would they even be busted for doing something that they didn’t do, even when Scarlet wanted to.

“Okay then.” Carla signaled Stewart to pick up Lauren’s bags, and he groaned before going over to get his sister’s bags and taking them out to the car.

“It was nice staying with your family here.” Carla addressed Grandma Payne, who waved her hand in dismissal. “Oh, you’re always welcome since Lauren is gonna be a daughter of this family soon.”

Lauren smiled at the fact as she glanced at her fiancé, who was busy smacking her two cousins.

“We should get going then, it’s gotten quite late already.” Carla looked at her wrist watch before she looked at her daughter. Lauren gave all the Payne family members a hug and a peck on the cheek as a farewell. “Bye Clark, bye Katie.” She waved at the two, as she walked to the entrance of the Payne residence.

Scarlet watched her fiancé walk with her mother to the door before turning around to look at her. Lauren sent a smile Scarlet’s way, which was enough for the dark-haired woman to cheer up from this separation.

It would only be for a little while, Scarlet reminded herself again, as Lauren waved at her with a cute smile. The dark-haired woman waved back before she watched the blonde walk out of the door with her mother.

The front door was closed shut by Blake, who yawned loudly, “Ah, time to sleep now.”

Everyone dispersed from the place as they all went to their respective rooms in which they were staying. Grandma Payne went to her room, feeling the exhaustion coming to her, while the young adults went to the basement.

Since Blake and Gregory didn’t want to stay away from their cousins, they had given up their room to Aunt Judith and Uncle Tyler and were now staying in the basement with Scarlet and the rest of the gang. But since Judith and Tyler refused, Vanessa made Kevin sleep there all alone, because of the Justin Bieber secret he revealed to the twins.

Scarlet still stood at the entrance of her house, looking at the closed door feeling lost as she didn’t know if this was for the best or not, anymore. She stared at the door a few minutes longer before turning around to go to the basement.

She would feel better after getting a good night’s sleep, and maybe she would wake up in Lauren’s arm. She was starting to entertain the idea of this all being just a bad dream, that she would wake up from after she slept.

Walking into the basement, Scarlet noticed two odd things. The first was that Blake and Katie were having an animated conversation with each other. The other was that Vanessa and Kevin were in the basement with Samantha.

Ignoring Vanessa and Kevin, Scarlet went over to Blake and Katie. Juliet watched the two talk, from the sidelines with amusement dancing in her eyes.

“Is that the same guy that kept telling me that I shouldn’t have forgiven Katie so fast?” Scarlet asked Juliet with a chuckle, who snorted in reply. “Yep, that’s the same idiotic guy.”

“What are they even talking about?” The dark-haired woman wondered aloud as she sat down beside Juliet on her mattress.

Juliet shrugged as a response as she watched the two closely. “They look pretty concentrated on their conversation though.”

The two kept watching Blake and Katie as they laughed and talked and giggled like children before Katie had excused herself to go sleep. Blake had given her a dopey smile before nodding his head.

Juliet took this as an opportunity to pull the unsuspecting girl in for interrogation. Scarlet laughed as she saw the confused look on the blonde’s face.

“You’ve gotten quite close to Blake all of a sudden. You do remember he’s the same guy that kept giving you attitude, right?” Katie chuckled as if she was a mother whose children were talking nonsense.

“I know. He’s not that bad of a guy though.” Scarlet and Juliet glanced at each other before the dark-haired woman chimed in now. “He’s also an idiot that didn’t like you a few days earlier.”

Katie gave Scarlet an odd look before she answered, “Well, I guess he changed his mind or something. He suddenly became nice to me.”

The two cousins gave each other glances again before Juliet decided to say something more, but she was cut off by the blonde, who yawned noticeably.

“I’m going to sleep now, good night.” And she was off to her own sleeping space just like that. Juliet and Scarlet watched her with weird stares, before they turned to each other.

“Do you think she cast a spell on him?” Scarlet shook her head with a frown before she looked at Blake. “Maybe he’s pretending to like her for my sake.” Juliet snorted as she shook her head.

“You should go sleep to, you’re beginning to talk crap.”

Scarlet gave her cousin a glare as the other woman got up from beside her to go to her own mattress which was beside the twins’.

The dark-haired woman suddenly remembered how she’d be so cold tonight because there’d be no Lauren to warm her up. “Oh, I miss her so much.” Scarlet plopped down with a whispered mutter, as she rolled over to her side.

Vanessa and Kevin got up before bidding everyone a good night. They walked out of the door.

“Lights out, children!” Aunt Judith suddenly appeared in the door as she announced to the sleeping occupants of the room. The woman shut off the lights before closing the door as well, not even bothering to see if everyone was in there or not.

“Ugh, I forgot aunt Judith and uncle Tyler are still in the room beside ours.” Blake mumbled loudly which was followed by giggles from almost everyone. “Go to sleep, idiot.” Scarlet ordered with a laugh before turning over on her stomach to go to sleep.

Oddly, she was still missing her fiancé. 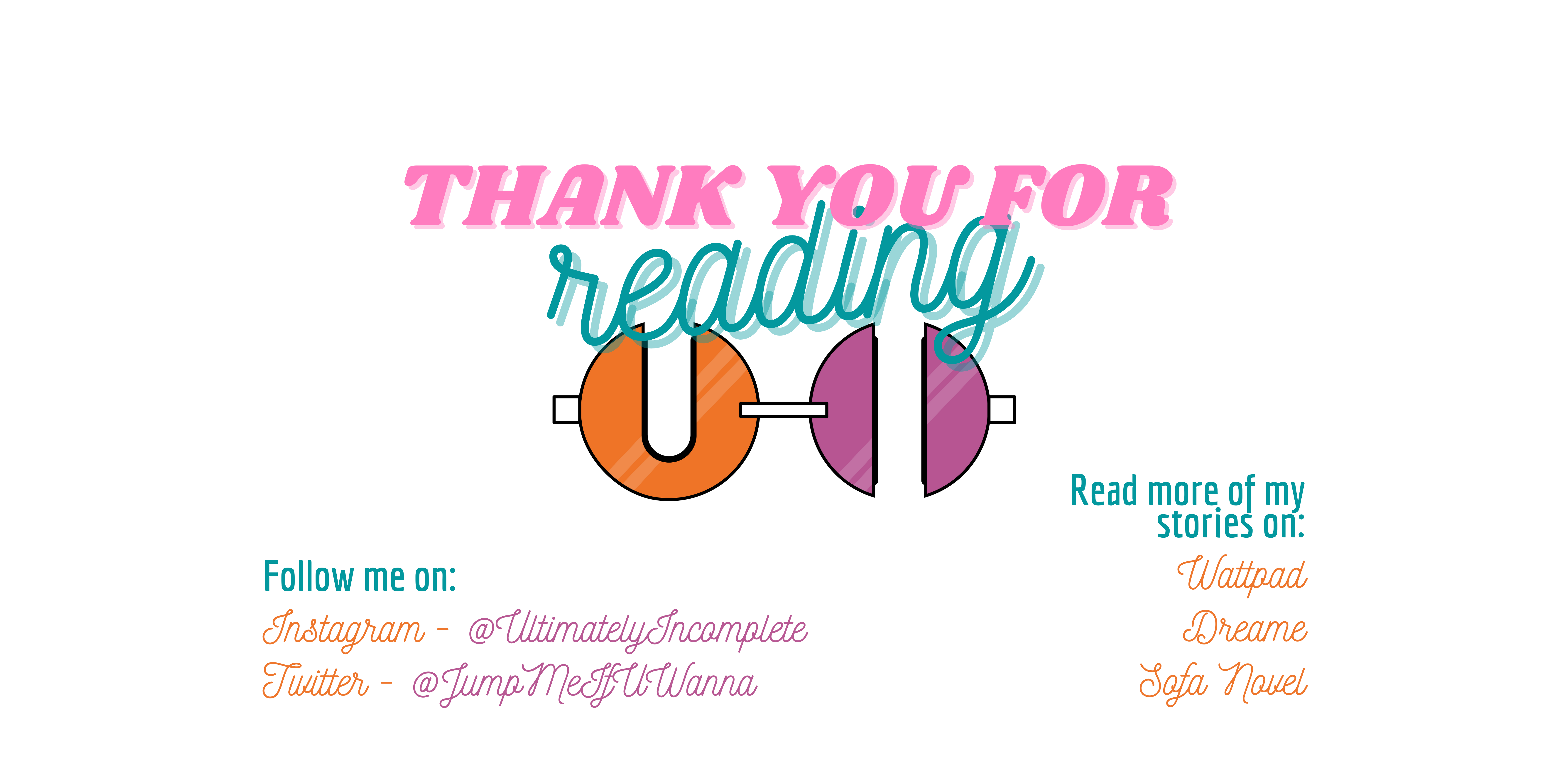 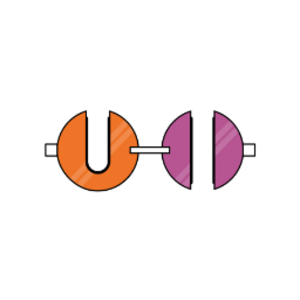 I hear ya, Scarlet.
Hope you peeps enjoy the update! 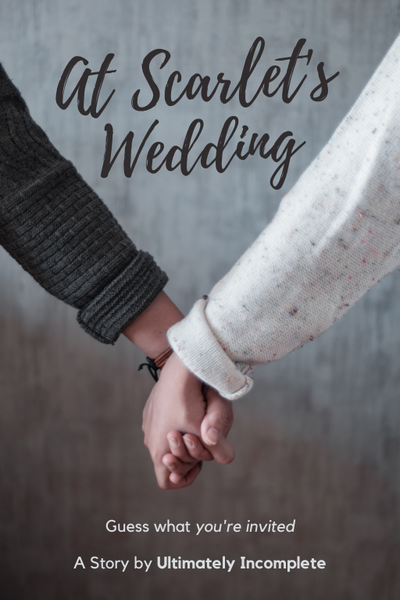 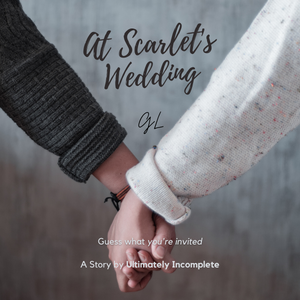