WARNING - This episode contains scenes of physical violence and self-harm

‘She did it!’ Daewon giggled as he snapped a picture of the poster displayed at the entrance of the Great Hall where his friend would perform later that night.

On the big poster, everyone could see the main characters of the ballet performance that was held that night: Princess Odette, who was played by Daewon’s loved friend, Soo-Yun, the talented 18 years old classmate of his, accompanied by the other main character, Prince Siegfried. This was the poster that announced the performance that was set for the first week of July: Swan Lake. This was Soo-Yun's first performance on the big stage as the Prima Ballerina, so there was a lot of pressure and anticipation.

Daewon sent the picture to Soo-Yun, accompanied by the message: ‘I’m outside, wait for me!’. He took one more look at the picture, and he entered the Great Hall. Once he had set foot inside the waiting room, he was shocked upon seeing the large crowd that gathered to see the performance: there were children's accompanied by their parents, there were couples, and, to his surprise, he could see some of his teachers.

In that big crowd of people, he spotted two of his classmates, Raon, his childhood friend, and Hana, one of Soo-Yun’s closest friends. He waved at them as he made his way within the crowd. He protected the bouquet of flowers that he had prepared for the girl’s performance.

‘You’re the ones who arrived here earlier! There are 35 minutes left until the performance starts.’ Daewon gestured to the digital clock on the wall set above the entrance to the stage.

Hana spotted the bouquet of red and white roses that the boy held tightly, and upon seeing them, a smile quickly rose on her face. She elbowed Daewon.

‘What a gesture! Are you going to finally confess your love for Soo-Yun when the performance is over?’ she almost yelled out her reply, making people turn their heads around to see what was happening, and At that moment, she made Daewon shush her mouth with his hand. ‘Let me go, I got it!’ Hana backed out

‘I’ll give her the bouquet before the performance! She allowed me to come see her before her performance!’ Daewon shoved his phone in his friend’s face

Sure enough, they saw Soo-Yun’s approval for the boy to come to her room. Daewon promised he would return quickly after he gave her the bouquet of roses. He made his way to the secluded area and from there, after the staff checked him out and approved of his entrance, one of the staff members escorted him to the room where Soo-Yun was preparing.

He looked with admiration when he saw the poster on the door that had her name on it.

The staff member that followed him, a frail woman in her late twenties, tried to open the door after knocking, but for some unknown reasons, the door wouldn’t open. This act was strange, as there was no reason for the door to be locked. The staff girl knocked once more as she tried to get a response from the girl inside.

‘That’s strange.’ the woman replied. ‘Miss Soo-Yun, your friend has arrived, please open the door.’ yet no one answered

Daewon approached the door and pushed. With his force, it became clearer the fact that the door wasn’t locked, but something was leaning against the door, making it hard to open it. He forced himself to push harder, and, when he finally managed to open it, he found himself yelling out the girl’s name.

He dropped out the bouquet on the ground and rushed inside. This wasn’t what he imagined he would see: the one who he loved the most was lying lifeless on the ground. There was no smile on her face, her voice did not call out his name and her arms didn’t reach out to embrace him - she was like a porcelain doll, lifeless, stripped out of her life. Her once beautiful white costume was stained by blood.

‘Soo-Yun! Open your eyes!’ Daewon shouted as he put his trembling hands on her cheeks, trying to get a response from the girl. ‘Don’t! Soo-Yun! You can’t’ he continued to yell as his face became covered in tears

He frantically checked for a pulse, but when he turned around and saw the wounds on the girl’s wrists, his face paled. She wouldn’t have done such a cruel act before her big break! He knew her! He became more impatient as he yelled for the staff girl to call an ambulance.

The place got crowded in an instant, people came left and right to find out what was happening. At that moment, Daewon looked around the room: if she was to end her life, why did she do it like that? He quickly spotted a door inside the room: that door had to lead to the scene, and, without a doubt, it could lead to the backdoor exit from the building.

In that anger of his to find if there was anyone involved, he let go of the lifeless body of the girl and ran straight to that door. He made his way, and in that dim light of the hallway, he could swear he saw a shadow!

He fixed his eyes upon that shadow and followed it until they managed to exit the building: there, his worries came true. That shadow that he followed was indeed suspicious, and soon, when he took out the knife, he was certain he was the one behind her death.

‘Who are you?! You reckless madman! Why did you kill her?!’ Daewon shouted, and that shadow laughed mockingly at him

Not a second later, that shadow attacked him. It wasn’t a fair fight, as Daewon wasn’t armed, but that person was. Yet that didn’t stop Daewon from trying. He caught the knife with his bare hands when he tried to aim it at his neck, but, in that pain of the moment, the shadow kicked him in the stomach. The impact of this made him curl his back.

One, two, three hits later, he was coughing blood. His vision got blurry, but he still managed to swing his fist at the person and hit his face. It wasn’t much, but after being hit without effort, the shadow did not expect him to fight back, and At that moment of shock, that one second, Daewon managed to wrap his hands around that person’s neck, and with the impact of his attack, the two of them collapsed to the ground.

The cap that the person wore fell off and Daewon could see the figure of a man, but because of the mask, he could not recognize who he was. He still had his hands wrapped around his neck, but his grip wasn’t strong enough to harm him.

‘You coward! She didn’t deserve it!’ Daewon yelled

This time, he felt a sharp pain in his lower abdomen. He winked back, releasing him from his grip. The knife! He stabbed him when he wasn’t cautious. It didn't take longer for him to be beaten up by that man.

He fell to the ground, covered in the blood stains and bruises he got. The man safely put the knife inside his own pocket and left without sparing a second look at him.

The day has arrived~

Here is the prologue and first chapter of the story~

What do you think of it? I hope you get to love the story as much as I did writing it!

Oh man, this is why you don’t chase someone that you think murdered your friend >_>; 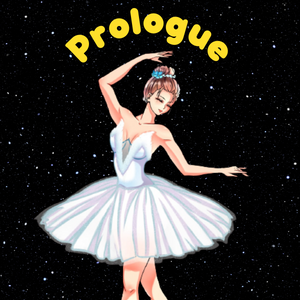