Daewon woke up shivering. Dizziness. He felt his head heavy, as he clutched his hands around its forehead. It took him some time before he could calm himself down. Everything that happened that night kept repeating over and over again. He exhaled loudly: he was alive

‘What the hell was that? Was it a dream?’ Daewon questioned himself

He patted his body, his face, his arms. Nothing was out of the ordinary. Innocently, a smile appeared on his face. It must have been a bad dream. Soo-Yun wouldn’t hurt a butterfly, so how could someone kill her. His smile faded when he felt with the tip of his fingers a wound on his lower abdomen. Quickly, he raised up his shirt and saw the wound he got from that killer. His hands were trembling as his fingers traced the line of the wound. He quickly realized that he didn’t dream, then what happened?

He quickly got out of bed, and in his hurry, he fell to the ground. Cursing, he punched the ground. He didn’t want to believe it was real. Soo-Yun, she couldn’t be dead, he wouldn’t accept this truth. As he got back on his feet, he glanced over at the calendar on the wall. For a moment, he was confused, then he rubbed his eyes to the point where his vision got blurry, it must be some kind of mistake.

‘How can it be June 1?! This… is one month before!’ he loudly acknowledged.

He quickly went over to take his phone from the desk and upon opening it, there was no doubt, it was June 1. What happened between the moment he got stabbed and now? If this was real, then, without a doubt, he got a second chance. A chance to rewrite fate and save Soo-Yun!

He hurried to change his clothes, there was no time left to waste: he had 30 days before Soo-Yun’s accident, he had to prevent it. In his hurry, he found himself wondering if Soo-Yun wasn’t alive. He kept calling her over and over, but no one answered. If she wasn’t answering, then he had to go to her home. If he was truly back, then there was no way he wouldn’t find her at home. So, he rushed straight to her house. There he was: standing in front of his crush’s house. He looked over at the doorbell, but hesitated for a moment.

‘What if…’ he thought to himself. ‘No. I can’t let my feelings get over me.’ and, with his shaking hand, he rang the bell.

No matter how long he waited, there was no answer. He became impatient, as he was going in circles, deciding what to do next. Maybe if he shouted her name? Would she respond?

‘Soo-Yun! It’s me, Daewon!!’ he tried in vain, as the only response he got was the loud barking of the dogs and the cold stares from the neighbors.

Crushed, he fell to the ground. Was there a chance that something happened to her? She would always respond, but now, she didn’t pick up the phone, and she wouldn’t answer the doorbell. He could feel the tears in his eyes, but he tried to hold back. He took out his phone and scrolled in the log call. As he was about to call Soo-Yun once again, someone called him. It was Raon, his childhood friend. He finally responded, as Daewon tried earlier to call him too, but got no response.

‘Raon!! Why didn’t you answer my calls?! I’ve been trying to contact you!’

There was a short silence, then, the emotionless response  of his friend came: ‘What’s the rush?’

Daewon was dumbfounded upon hearing how little his friend cared. He didn’t know what was happening? He needed him to answer quickly, and this was the way his friend responded to him?

‘Wh… what?! Raon, I am serious! I really have a problem and I need your help, I’ve been trying to–’ Daewon got suddenly cut off by his friend

‘What problem can you have at 8 AM on a Saturday?’

This was when Daewon realized: he was so worried about his friend that he hurried over, not taking anything in consideration, as if time didn’t matter anymore for him. He glanced at the time on his phone, then sighed, it didn’t matter now.

Unlike the response he was waiting for, his friend suddenly burst out laughing: ‘DAEWON! Don’t tell me! Are you going to confess?!’

Yet he didn’t even try to hang up. He waited patiently for his friend to respond, and sure enough, he didn’t waste any seconds anymore.

‘Why did you ask me the obvious? She’s at the training practice! She has been there almost every day, have you forgotten?’ Raon nagged his friend

How could he forget! All this time, he thought that he would find her home, it was for sure the most reliable place to find her, but he completely forgot the fact that at this time, she spent many hours practicing! After all, she was preparing hard for the Swan Lake performance, she wouldn’t waste her time at home when something this important was about to happen. He quickly thanked his friend and rushed to the Ballet Academy.

Soo-Yun was careful when she selected her training place. The place wasn’t too far from their school, so it was great because she could train in her free time and attend school without worrying that she would be late. Everything was well-balanced.

He felt out of breath by the time he arrived at the Academy. The big, tall building that overshadows the small body of the boy. He felt his heart beating faster and faster, and his thoughts made him anxious: what if he wouldn’t find her?

He had to push himself to enter the building, but once he overcame that fear, he found himself rushing to the practice room. Furthermore, he hesitated for a moment before he opened the room, but he closed his eyes and pushed forward.

What would he find behind the door?

whaaatt, he still has the wound ?! Unless Im reading wrong :0 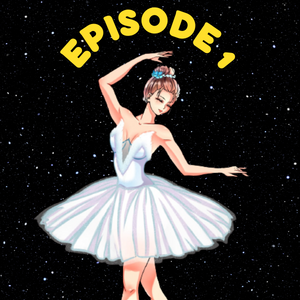