Daewon made his way inside the room with his eyes closed, so, without a doubt, he stumbled over his foot and managed to fall. Yet, even after he fell, he still had his eyes closed, fearing the worst. He fought his fears, they kept echoing inside his head, and with each second that passed, he got more scared: it was a deep silence.

Then, he felt his heart skip a beat, the silence broke: someone giggled.

That laugh! Without a doubt, he knew whose voice that was.

‘Soo-Yun!’ Daewon shouted as he opened his eyes

In front of him stood Soo-Yun, looking down at the boy lying on the ground. Soo-Yun looked at him with her bright dark eyes, with her messy bun showing that she had trained hard until the boy arrived. Her body was covered by her pink leotard, and she wore a white pair of shoes.

On her face radiated the most precious smile he had ever seen, so bright, as bright as she was as a person. How could someone who radiated this kind of happiness be killed! She looked curious at the boy who contemplated for a second, then, she was quickly surprised when he embraced her tightly. He hugged her so tightly, to the point where he could hear her heartbeat: she was truly alive. He had another chance to protect his loved one!

‘Daewon, are you truly that happy to see me?’ she spoke gently, ‘I think it’s bad if you continue to hug me, I’m covered in sweat.’

‘One second. Please, let me hug you for one second.’ Daewon whispered as he found himself shaken by all kinds of emotions.

When he let go of her, he wore a big smile on his face! This was one of the few occasions when Soo-Yun had seen him smile this brightly, yet, she would never know that the reason for his smile was her, not some foolish thing.

‘What’s with you at this hour here?’ she asked as she helped the boy stand up. ‘Was it something wrong with the answers from the homework?’ Daewon shook his head. ‘Then what is it?’

‘I wanted to see you. To see that you are alright. I’m glad I’ve found you here, safe!’

The girl laughed: ‘Why wouldn’t I be fine? I’m better than ever! It’s like we communicate telepathically! I had something big to announce to you, but I wanted to say that at school, tomorrow!’

Daewon wondered for a moment, what could she tell him, now? He tried hard to remember what happened in this time, but his memories were a blur, as he was confused with what happened and what was to happen in the future.

‘I got selected to be Princess Odette! Isn’t it amazing? Our professor said that I’m more fit for the role of Odette, rather than Odile! Everyone agreed after seeing my interpretation of Odette!’ the girl shared with enthusiasm.

That was it! He remembered now that it was around this time that she shared that she would have the main role. As much as he wanted to feel joy over her announcement, he couldn’t. He remembered over and over her death, her killer, his own death. He didn’t have any clue on who her killer was, and with so little time left, he had to be cautious of every little detail. Not only that, but he faked his expressions, as he didn’t want for the girl to doubt anything.

‘I am so glad for you! You deserve this role.’ Daewon applauded the girl

‘I never thought I would have this chance! I’m barely 18, and I have the chance to play such a big role on stage?! Ah! I was so happy that I could play in it, but now that such a role has been given to me, without a doubt, I have to train even harder.’ Soo-Yun exhaled.

Daewon hesitated for a moment. ‘But what about the girl who originally played Princess Odette? How did she step down from that role?’

Soo-Yun didn’t think that he could ask her such a question. Her smile faded and she was lost on thoughts. She, involuntarily, bit her lower lip. Daewon noticed her gesture, but didn’t know what was the reasoning behind it, so he waited for the girl’s response.

‘She got hurt. It’s such an unfortunate event, isn’t it? There’s nothing left for her, as her injuries wouldn’t allow her to dance again.’ sadly, replied Soo-Yun

Contemplating for a moment, Daewon couldn’t exclude the fact that the girl could be a suspect. While it was true that a man attacked him, it could be that someone put him to. It was extremely strange that Soo-Yun was found dead before her play, so it might have been someone who held a grudge over her.

‘What was her name?’

‘No… but, I know it would sound strange, but do you think she will hold a grudge against you… because now you’re taking the spotlight?’

Soo-Yun shook her head. While it was an unfortunate event, she didn’t take any part in that accident. It was only the mistake of the girl, so why would she hold a grudge on someone who had nothing to do with the accident.

‘Why would she be resentful? She got hurt, and it wasn’t because of me. The only thing that I did was win the second contest and take her previous role. Even if she felt resentment towards me, what could she do?’

‘You have no idea what could happen.’ Daewon thought to himself.

There was no need for him to share what happened in the future. If he remembered a thing or two from all the novels he read about time travel, he would know how fate can change with the slightest thing. He had to be sure that the fate turns to a good ending.

Before he got another chance to say something to her, the door opened and a tall man entered. His face felt familiar, but he didn’t know where he had seen this man before.

‘Oh, Odette, did you find your Prince Siegfried?’ the man asked 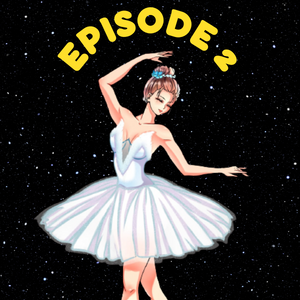